Danish lawmakers have passed a ban on wearing items of clothing in public that conceal the face, which includes some forms of Islamic dress. The government says, however, that the law is not aimed at religions. 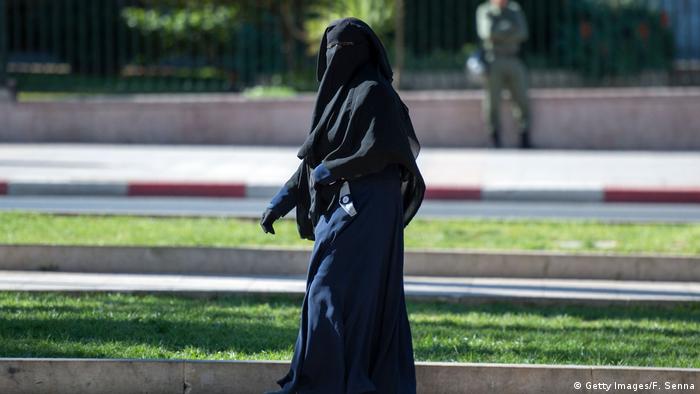 Denmark's parliament on Thursday approved a law forbidding the wearing of garments covering the face in public, joining a number of European countries that have already introduced such bans.

The law is being seen by many as targeting the dress worn by some conservative Muslim women, such as the niqab or burqa, and is being introduced amid concerns about growing Islamophobia in Europe.

Justice Minister Soeren Pape Poulsen called on police officers to use "common sense" when applying the law, which will come into force on August 1.

Human rights group Amnesty International has called the ban "a discriminatory violation of women's rights," saying that "all women should be free to dress as they please and to wear clothing that expresses their identity of beliefs."

Contentious theme:  The law has popularly been called a "burqa ban," with critics seeing such legislation as an expression of a rising Islamophobia in many European countries amid a recent surge in largely Muslim refugees coming to the continent. Austria, Belgium and France now have similar laws, while Germany and several other nations ban full-face veils in some public contexts. A 2010 report estimated, however, that only some 200 women in Denmark used such veils.

A man dressed as a shark has been fined under new anti-burqa laws in Austria. A PR agency has admitted the incident was a stunt designed to make a "socially relevant" point. (11.10.2017)

In a late night sitting, the lower house of parliament has approved a raft of security measures and a draft ban on face veils. The ban would only apply to civil servants in Germany. (28.04.2017)