Local media has reported that factories across Morocco were made to stop manufacturing burqas, while shops have been told to liquidate inventories. The Interior Ministry cited security concerns as grounds for the move. 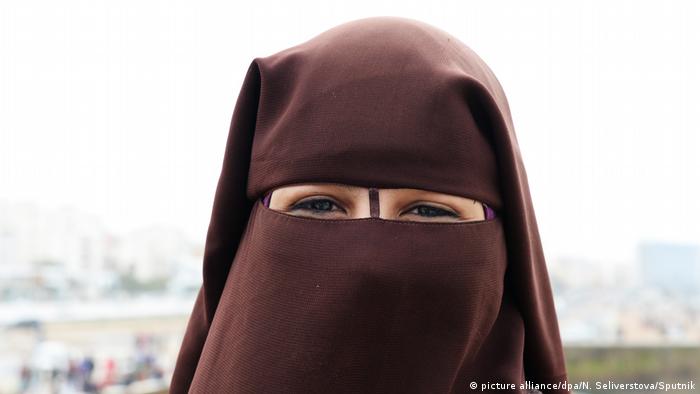 Authorities in Morocco have prohibited both the manufacture and sale of the burqa for security reasons, local media has reported. Although there has been no official announcement from the government concerning the move, the new measures are set to take affect as soon as next week.

"We have taken the step of completely banning the import, manufacture and marketing of this garment in all the cities and towns of the kingdom," news website "Le360" wrote, quoting a source in the Interior Ministry.

The source said the decision had been made for safety reasons, adding that "bandits have repeatedly used this garment to perpetrate their crimes."

Most women in the moderate Muslim kingdom prefer to wear a headscarf that does not cover the face, though some in fundamentalist circles do wear the niqab, which reveals only the eyes, or the full-face veil.

According to "Morocco World News," while a number of activists and politicians in Morocco saw no problem with the move, far-right Salafists have decried it as a violation of human rights. The news website quoted Hammad Kabbadj, who called it "unfair" to stop women from wearing the burqa but treat wearing "Western" clothing like the bikini as an unassailable right. Last year, Kabbadj was forbidden from running for parliament over his extremist views.

It was not clear if Morocco intends to follow the example of European countries such as France and Belgium, where it is forbidden to wear the burqa in public.

King Mohammed VI is widely known to favor moderate Islam, and has repeatedly angered fundamentalists by expanding the rights of women and religious freedom. In response to the Arab Spring in 2011, the king introduced a raft of reforms aimed at granting more power to parliament and expanding freedom of expression.

That being said, both the king and the ruling Islamist Justice and Development Party (PJD) have repeatedly come under fire for continuing human rights abuses in the country.

Morocco has promised an investigation after mass protests in the monarchy's north, triggered by the death of a fish vendor. Sunday's demonstrations were called by the February 20 movement active during the Arab Spring. (31.10.2016)

Two Moroccan teens have been charged with homosexual acts and face up to three years in prison if found guilty. Human Rights Watch has decried the charges, which they say is the first such case involving two girls. (25.11.2016)

Huge crowds of demonstrators have taken to the streets of Morocco, demanding justice for a fish seller who was crushed in a rubbish truck. His gruesome death sparked nationwide outrage. (05.11.2016)