Bundestag bans face veils for civil servants amid security measures | Germany | News and in-depth reporting from Berlin and beyond | DW | 28.04.2017

In a late night sitting, the lower house of parliament has approved a raft of security measures and a draft ban on face veils. The ban would only apply to civil servants in Germany. 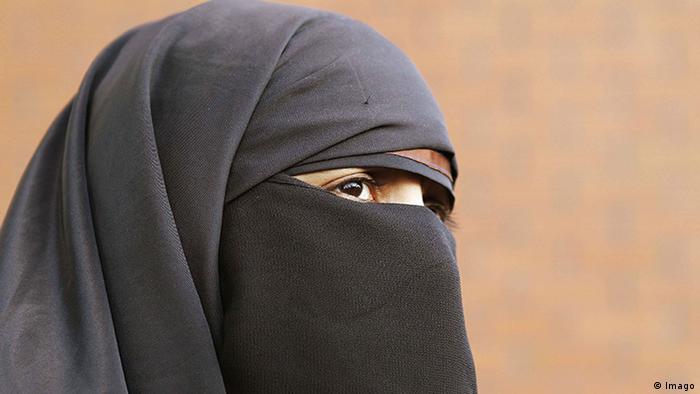 Germany's lower house of parliament, the Bundestag, on Thursday approved a draft law that would prevent civil servants, judges and soldiers from wearing Islamic full-face veils at work.

Germany's ruling coalition said in a statement said that a "religious or ideological covering of the face contradicts the neutrality required of state functionaries."

The law would also require women to show their face during identity checks.

The law still has to be approved by the upper house, the Bundesrat, before coming into effect.

"Integration also means that we should make clear and impart our values and where the boundaries lie of our tolerance towards other cultures," German Interior Minister Thomas de Maiziere said. "The draft law we have agreed on makes an important contribution to that."

If the law is passed, Germany would become the fifth European country to ban or partially ban the wearing of the burqa and niqab, after France, Belgium, the Netherlands and Bulgaria.

Austria and Norway are also working towards a ban.

The approval came after Chancellor Angela Merkel's December call for a ban on full-face Muslim veils "wherever legally possible". The new law fell short of demands by right-wing parties for a total ban in public places, as in France.

Merkel is facing a federal election in five months, with her Christian Democratic Union (CDU) losing some support to the anti-immigrant Alternative for Germany (AfD). During the same late night session, the Bundestag approved a package of security measures aimed at preventing extremist attacks.

New security measures includes the court-approved use of electronic ankle bracelets for people deemed a security threat. Another law is aimed at helping national and state police forces pool their data in a new integrated IT system.

A separate measure implemented European Union rules on the mandatory sharing and retention of data on flight passengers.

Another measure meant physical attacks on police, emergency services and military personnel on duty would be punished with up to five years' jail.