Five years into ban, burqa divide widens in France | Europe| News and current affairs from around the continent | DW | 10.04.2016

Five years on, some say a ban on facial coverings has only made France's social divide worse. One man has made it his mission to pay the fines of violators in the name of human rights. Jake Cigainero reports from Paris. 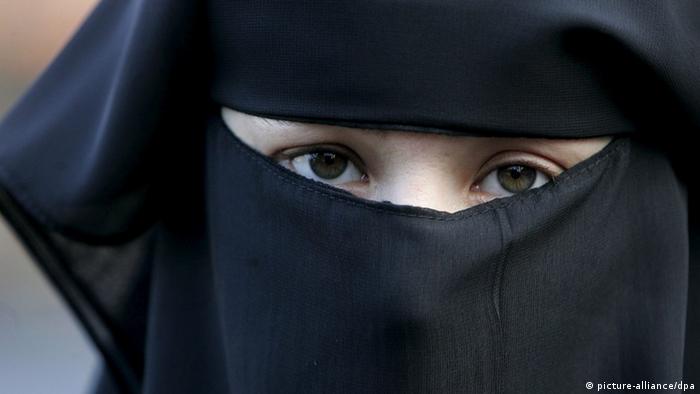 When Rachid Nekkaz steps up to the treasury clerk to pay a fine in Evry, just south of Paris, it's like he's visiting an old friend. They joke and exchange pleasantries, and Nekkaz mentions that the decor in the drab waiting room has changed. He's a regular visitor, and this is not the first time he has paid France's 150-euro ($170) ticket for a woman who has been fined for covering her face with an Islamic veil in public. It's the 1,089th.

Nekkaz began paying the fine five years ago, when France's ban on face coverings went into effect on April 11, 2011. Since then, he has spent 235,000 euros in penalties and legal fees for women in France and Belgium, where a similar law went into effect months later and where he says he has paid the penalty 259 times.

Under President Nicolas Sarkozy, France was the first European country to adopt a law prohibiting the complete covering of one's face in public. The ban applies to scarves, masks and motorcycle helmets, but it particularly affects Muslim women who wear the Islamic veil, or niqab. The law is commonly called the burqa ban, referring to a full-body garment more common in Afghanistan and South Asia and rare in France. 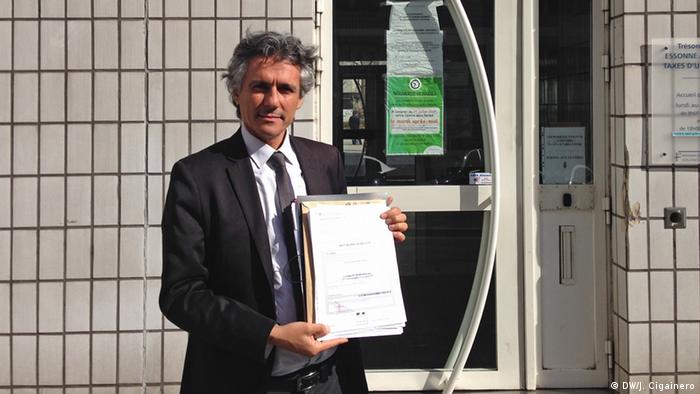 Nekkaz has paid fines for women more than 1,300 times

Those who favored a ban argued that face coverings contradict France's principle of "vivre ensemble," or living together. Five years on, has the law patched the social fabric as lawmakers said it would?

"It's not for 'vivre ensemble,'" says Agnes De Feo, a filmmaker and sociologist who has studied the subject since before the law. "It's to divide the people."

Some critics attempted to use the same "vivre ensemble" argument to call the law intolerant and an infringement on human rights. Lawmakers who supported the ban said it would ensure public order and national security. But that hasn't borne out.

"These women receive a lot of insults in the streets," De Feo says. "Normal people always want to make justice themselves." In 2013, a pregnant Muslim woman miscarried after two men attacked her and tried to remove her headscarf.

In 2014, the European Court of Human Rights ruled that France's argument, that the law was based "on a certain idea of living together," was "legitimate." Olivier Roy, an expert on political Islam, says the ECHR made its decision "reluctantly, but clearly." He adds: "It's interesting that they did that not in the name of alienation of women, but in the name of French culture."

That ruling essentially gave permission to other countries within the ECHR's jurisdiction to impose similar laws. In the Netherlands, a partial ban allows for Islamic veils to be worn in the streets but not in closed public buildings.

Roy says burqas were never popular in France. "The bulk of the Muslim population didn't oppose the ban openly because they don't ask for the freedom of the burqa," Roy says. "There has been a feeling among people of Muslim origin, believers and nonbelievers, that the ban of the burqa is in fact part of pressure and attack against Islam as a religion."

France is home to the largest number of Muslims in Western Europe, with about 5 million. When the law went into effect, it was estimated that fewer than 2,000 women wore the full veil.

"Why target something which in fact is an exception and only concerns hundreds of women - most of them converts in France?" Roy says. "It's not a movement of support for the burqa, but a feeling of discrimination."

According to figures released by the Interior Ministry, as of October police had made 1,623 stops since the ban came into effect and handed out 1,546 fines to a total of 908 women. Several of them were repeat offenders. One was fined 33 times.

Most of the women who wear niqabs nowadays live in the suburbs and have chosen to wear them as an act of defiance since the law came into effect, De Feo says. Some feel that they are standing up to an attack on Islam, and others don't necessarily have a religious motivation at all. "It's also a way to go against their parents and society, and to have a special identity," De Feo says. "Before, the way for a teenager to be an adult or rebel was to be a punk or a skinhead," she adds. "Now it's to wear the niqab and show themselves as a radical Muslim, because this way of life is completely rejected by French society."

Some say such ethnically targeted laws can contribute to radicalization. Nekkaz says the women whose fines he pays are no threat.

"Their names are Marie, Henriette, Emilie," Nekkaz says. "These are French of French stock. These women are peaceful and represent no danger either to freedom or national security."

Nekkaz only pays fines imposed on the street and not the tickets given out in shopping centers or public buildings, or those of women who verbally insult police or act violently. He says he does not personally believe that women should wear the niqab - just that he supports their right to choose their wardrobes.

The Swiss canton of Ticino plans to enact its own burqa ban this summer. Violators would be fined the equivalent of 10,000 euros. Part of the ECHR's 2014 ruling on France's law was that the fine was not so excessive as to prohibit free expression in public spaces, so Ticino's hefty levy could send the issue back to Strasbourg. Would Nekkaz pay the astronomical Swiss fines the way he has picked up the tab for French and Belgian women?