Austria's prohibition of full-face coverings has officially come into force. The government said the ban helps uphold Austrian values and promotes integration despite criticism from Muslim and refugee groups. 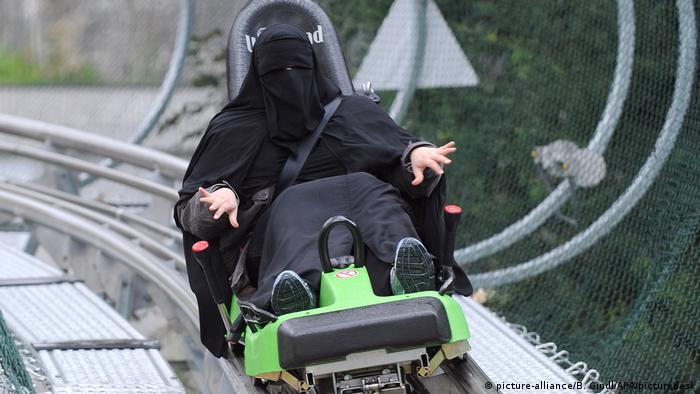 People in Austria are now banned from covering their faces in public. The ban includes wearing the burqa, which hides the entire face, and the niqab, which leaves the eyes uncovered.

In May, Austrian lawmakers approved a bill that outlaws wearing a full-face veil in public. The new legislation also establishes mandatory integration courses and prompts asylum-seekers to do unpaid public work.

Conservative Foreign and Integration Minister Sebastian Kurz initiated the move amid his drive to win the October 15 parliamentary election. Polls show that his People's Party running high on popularity and the 31-year-old politician could become Austria's next chancellor. The party's campaign is strongly focused on curbing immigration and "growing Islamization."

The full-face veil ban comes at a time when the anti-Islamization Freedom Party (FPÖ) has also witnessed a surge in support, resulting in their presidential candidate nearly winning the election in December 2016.

France became the first country to outlaw face veils in 2011. Belgium, Bulgaria and Switzerland followed suit, while the Netherlands has prohibited the use of veils in public offices.

Germany imposed a limited ban on face coverings in April. It applies to only public officials and soldiers on duty.

Some Muslim and rights groups have criticized the Austrian government's ban as "Islamophobic."

Read more: The prospect of a burqa ban spreads across Europe