The new center would likely be built in an African country and may eventually lead to the bulk of the country's asylum applications being processed overseas. 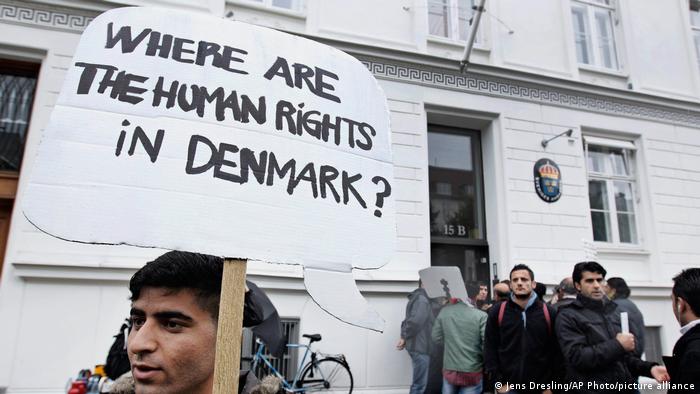 Denmark recently withdrew the residence permit of many Syrian refugees after declaring the country safe.

Danish lawmakers on Thursday approved the establishment of a refugee reception center outside the country's borders.

Lawmakers voted 70-24 to authorize the transfer of asylum-seekers to a third country for processing.

The new law would force asylum-seekers to apply in person at the Danish border and then be flown outside Europe for processing by a third country. If their application is successful, they would be granted refugee status and be allowed to live in the host country, but not in Denmark. If they are rejected, they would have to leave the host country.

Where would the center be built?

The Danish government has already signed a nonbinding memorandum of understanding with Rwanda.

Danish media reported that the government is also negotiating with Tunisia, Ethiopia, Egypt and possibly Eritrea.

No final construction plans have been approved.

What do refugee advocates say?

Refugee advocates have slammed the proposal. The United Nations Refugee Agency (UNHCR), as well as the European Union and international organizations have all chimed in.

The European Commission said any move to outsource asylum claims was incompatible with EU law.

"External processing of asylum claims raises fundamental questions about both the access to asylum procedures and effective access to protection. It is not possible under existing EU rules," European Commission spokesperson Adalbert Jahnz said.

Jahnz said such methods would not be a part of future reforms of the bloc's asylum system.

The UNHCR warned last month that the plan could lead to a "race to the bottom," with other countries enacting similar policies.

"Such practices undermine the rights of those seeking safety and protection, demonize and punish them and may put their lives at risk," UNHCR Assistant High Commissioner Gillian Triggs said.

Michala C. Bendixen, a spokesperson for advocacy and legal aid organization Refugees Welcome, told The Associated Press that the plan was "insane" and "absurd."

"What it's all about is that Denmark wants to get rid of refugees," Bendixen said. "The plan is to scare people away from seeking asylum in Denmark.''

What do the bill's supporters say?

Denmark has notoriously hard attitudes toward asylum-seekers among the EU member states, and it aims to only accept refugees under the UN's quota system.

Advocates of the new law say it would discourage asylum-seekers from coming to Denmark.

"If you apply for asylum in Denmark, you know that you will be sent back to a country outside Europe, and therefore we hope that people will stop seeking asylum in Denmark," Rasmus Stoklund, the spokesperson on immigration and integration for the governing Social Democrats, told the broadcaster DR.

According to the party, the new law would lead to fewer people drowning during risky sea crossings, although asylum seekers would still be required to submit applications in person thus negating this effect.

Denmark is defying international outrage and pressing ahead with plans to force refugees to hand over valuables in return for providing sanctuary. Trine Villemann reports from Copenhagen.

Denmark's immigration minister has hailed a controversial migrant law after police confiscated money from Iranian nationals. But the Council of Europe has called on Copenhagen to "uphold refugee protection standards."