Denmark tells Syrian refugees to return to Damascus | Middle East | News and analysis of events in the Arab world | DW | 13.04.2021 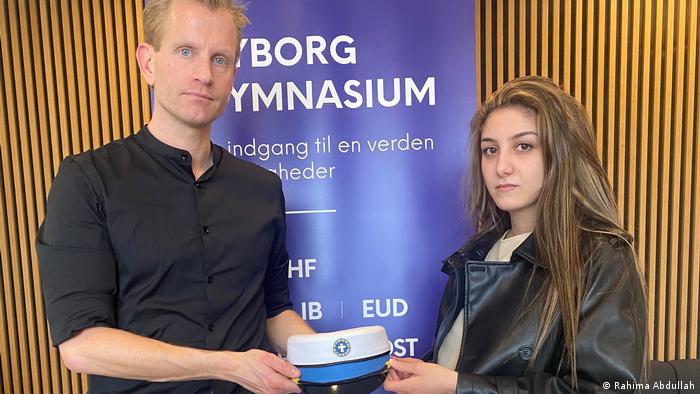 The Danish government wants to send refugee Aya Abo Daher, seen here with her high school principal, back to Syria

Aya Abo Daher is preparing to graduate high school in the Danish town of Nyborg and was looking forward to celebrating the event with her friends at the end of June when she received an email from the Danish authorities that changed everything. The mail that great

the Syrian student and her parents received stated that their residency permits would not be renewed.

"I was so sad, I felt so foreign, like everything in Denmark had been taken away from me," the 20-year old said. "I sat down and just cried. At midnight, a friend drove me home to my family because I couldn't sleep."

Many Syrian refugees from the Damascus area got that same mail.

'The war is neither over nor forgotten'

Ever since Danish authorities reclassified the Syrian capital as safe last summer, the residency permits of several hundred Syrians from that region have been revoked or simply not renewed.

"Although the war is neither over nor forgotten, the Danish authorities think that conditions in Damascus are so good that Syrian refugees can now be sent back there," said Charlotte Slente, secretary-general of the Danish Refugee Council (DRC). Denmark is the only country in Europe to revoke Syrians' residency permits. 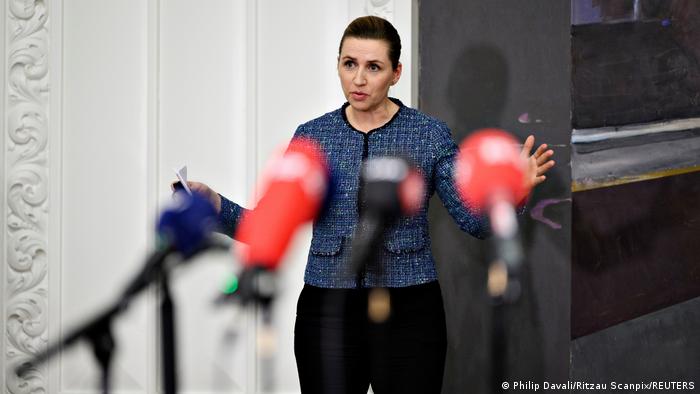 The decision is "irresponsible," Slente said, arguing that returnees face the "risk of serious attacks and persecution." She says, "The fact that there is no fighting in Damascus does not make the city a safe place for returning refugees."

Denmark and Syria do not cooperate

Human rights organizations like DRC and Amnesty International are not the only ones to argue against the Danish stance. Left-wing parties that often cooperate with Prime Minister Mette Frederiksen's Social Democrat-led minority government in the Danish parliament are also protesting the move.

The decision to expel students like Aya Abo Daher is "heartless and senseless," said Kristian Hegaard, the integration policy spokesman for the Radikale Venstre or Social-Liberal Party. "How can Denmark consider Syria a safe country?" Hegaard wrote on Facebook, pointing out that Denmark "closed its embassy there because of the insecure situation."

Since Denmark does not cooperate with the regime of Syrian ruler Bashar Assad, deportations cannot be enforced at this time, leftist parties argue. Currently, Syrians who no longer have a residency permit and who refuse to leave the country voluntarily, end up in Danish deportation camps. 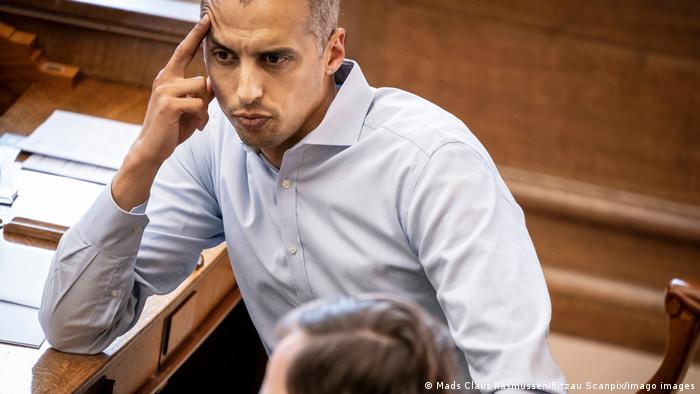 No exceptions will be made says Danish Integration Minister Mattias Tesfaye

'Let them contribute, work and get an education'

They could sit around for years and go crazy while waiting for conditions in Syria to change, Hegaard said, suggesting that instead, they should "contribute, work and get an education. That benefits Denmark far more."

Aya Abo Daher's classmates wrote an open letter to Danish Integration Minister Mattias Tesfaye, urging him not to expel a girl who speaks fluent Danish and wants to give something back to Danish society. But their words fell on deaf ears — Tesfaye told Danish media he trusts the authorities' assessment of the situation and will not make exceptions simply because someone has appeared on television.

High school director Henrik Vestergaard Stokholm is also rooting for his student. He described Aya Abo Daher as a, "hardworking girl, hungry for knowledge, with clear-cut goals," and said he fears for her safety should she return to her home country. The girl's two brothers fled to Denmark a year before the rest of the family because they were about to be drafted into Assad's army, he said. They are not currently threatened with deportation because they have a greater protection status. 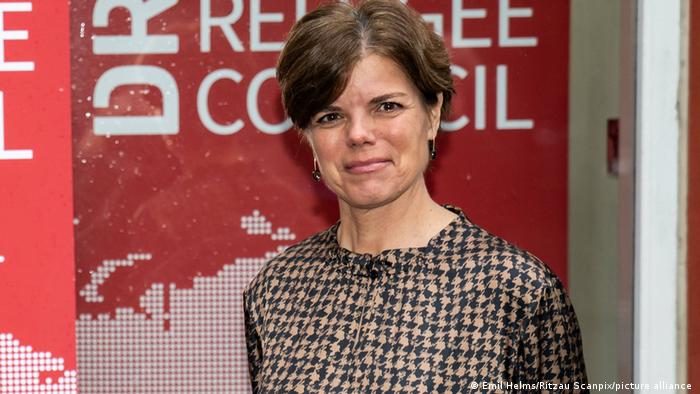 "Deportation would tear our family apart again after we built a life together here," said Aya Abo Daher, adding that nothing draws her back to Damascus. It is where she comes from but she experienced such terrible things there that she says it is not safe to return. Assad is still there, she added. "How can the authorities send me back to a place they know is dangerous for me?" she asked.

Denmark is a 'sad example'

After the brothers originally fled, people were constantly asking Aya where they were, School Director Stokholm said. "When food rations were distributed, she and her parents were told they couldn't get them until the brothers came back." The young woman also took to the streets to demonstrate, he said. No other country in Europe has decided to send people like Aya back to Syria under these circumstances, the high school director said, "Denmark is really setting a sad example."

The move to more quickly deport refugees is part of a 2019 immigration bill planned by the previous conservative government and followed through on by Social Democrats and right-wing populists in parliament. The legislation makes clear that residency permits are issued for a limited period of time. According to the policy, as soon as the situation allows, refugees' residency permits are to be withdrawn or no longer extended and they are to return to their home countries.

Mette Frederiksen, who is left-leaning where most social policies are concerned, leans far to the right on migration and asylum policy. She also has a long-term goal of stopping asylum seekers from entering Denmark in the first place. The country offers financial support to refugees who leave Denmark voluntarily and the government consistently tries to dissuade refugees — also by using harsh rhetoric — from seeking protection in Denmark.

Aya Abo Daher fears deportation but hopes she will at least be able to celebrate her graduation with her classmates this summer. The young woman, who dreams of becoming a dentist, has filed a lawsuit against the deportation notice. It may take a few months before a decision is made, School Director Henrik Vestergaard Stokholm said, adding that he really hopes, "she can put on her graduate cap in June."

Torture in Syria - a German court has been deliberating it for one year now. It is an extraordinary process: not only are the defendants being held responsible, but also the Assad regime itself.