International donors have just hosted the fifth Brussels conference on "Supporting the future of Syria and the region." While intentions are good, these events are a mere band-aid to cover a wound, writes Lina Khatib. 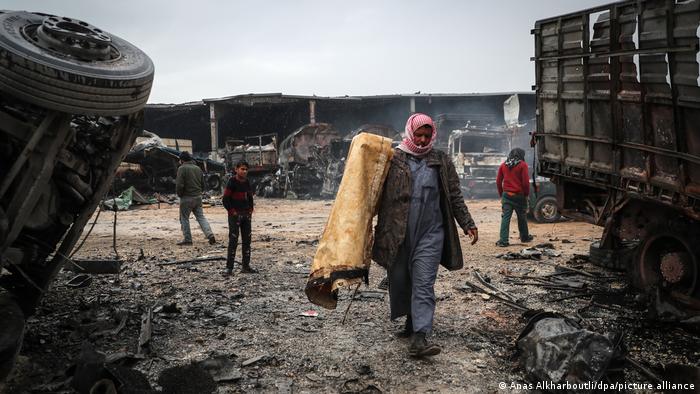 A decade on, Syria is as far away from a peaceful resolution as ever

Despite addressing important needs for the Syrian people, it would be fanciful to infer that any of the organizers or participants in the conference saw it as a game changer in the context of the Syrian conflict.

If anything, the Brussels conference is a reminder of the limited impact of such international gatherings on peace building, despite the inclusion of a discussion on the importance of the peace process in the conference proceedings.

In this, Syria is not alone. Yemen is facing a somewhat similar challenge of an international peace process that has not yet achieved a breakthrough. Though the two contexts differ, both Syria and Yemen fall within an international policy framework that is primarily addressing the side effects of conflict, rather than explicitly tackling the political crises in the countries through a comprehensive strategy.

The international donor community gives itself a pat on the back when pledging humanitarian support in the context of protracted conflicts: During gatherings like the Brussels conference, donor countries usually commit to humanitarian assistance and to supporting livelihoods, measures that are rarely met with resistance from the donor countries' own citizens since those are not controversial uses of foreign aid money. 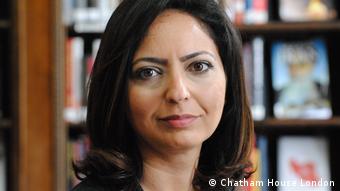 Such gatherings also address tangible societal needs in countries in which most of the population is below the poverty line. Humanitarian assistance and support for non-political civil society, such as for programming around missing persons and detainees, also spare donors the headache of worrying about money flowing into the wrong hands.

All this support is necessary and important, but not sufficient to meet the needs of the Syrian people, whose demands also include freedom and dignity — two crucial components that can only be achieved through a viable political transition and not through donor programming, no matter how good the intentions are.

Engaging in the right priorities for Syria

Donor conferences are also not the much-required first step to bring peace to Syria. The ruling regime in Syria has not reformed its behavior in response to any previous Brussels conference, just as it has not been taking the UN-led peace process seriously. When the two tracks run parallel effectively, donor conferences complement the peace process rather than become a de facto replacement for it.

There is a growing debate around whether the international community should re-engage directly with President Bashar Assad's regime as an alternative first step towards achieving peace in Syria. Such engagement will have the opposite effect of making the regime feel that its intransigence over the past decade is yielding results by forcing the West to compromise. What is instead needed is viable international diplomacy. Neither the EU nor the UN can kickstart this.

US disengagement in Syria has played a key role in the rise of Russia as a power broker in the Syrian conflict, and the first needed step to bring peace to Syria is through the former engaging bilaterally with the latter. The UN peace process can then be the vehicle through which the outcomes of this diplomatic engagement are channeled and progressed, and the Brussels conference can generate the international support needed to rebuild Syria as its people deserve and demand.

In the absence of an effective peace process guided by viable international diplomacy, donor conferences risk becoming a mere band-aid over a gaping wound. Worse, they risk becoming an annual ritual to alleviate guilt on part of an international community unable to steer the direction of the Syrian conflict towards a resolution.

Dr. Lina Khatib leads the Middle East and North Africa Program at Chatham House. She was formerly director of the Carnegie Middle East Center in Beirut and co-founding Head of the Program on Arab Reform and Democracy at Stanford University's Center on Democracy, Development, and the Rule of Law.

Hurricane Ian knocks out power in Cuba, Florida braces for impact 22m ago