Why Denmark is clamping down on ′non-Western′ residents | World | Breaking news and perspectives from around the globe | DW | 24.03.2021

Why Denmark is clamping down on 'non-Western' residents

The Danish government plans to swap a controversial law targeting immigrant neighborhoods for another that cracks down harder. Rights groups warn that such moves could violate current laws against discrimination. 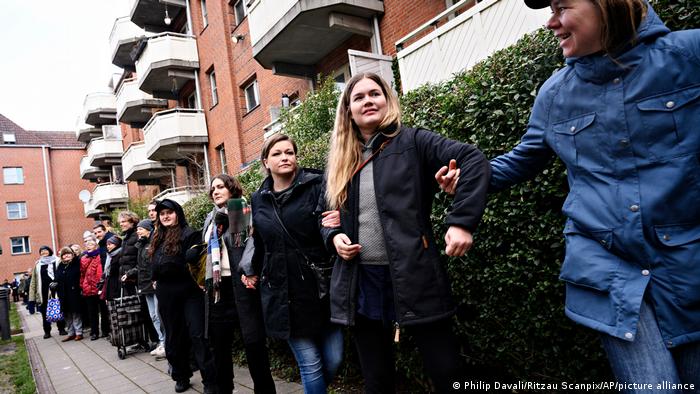 Human rights groups have sounded the alarm over the Danish government's plans to swap its controversial laws on "ghettos" that affect marginalized neighborhoods for tighter measures targeting "non-Western" residents.

The Interior Ministry last week revealed proposed reforms that would remove the word "ghetto" in current legislation and reduce the share of people of "non-Western" origin in social housing to 30% within 10 years. Families removed from these areas would be relocated to other parts of the country.

There is no date set yet for voting on the bill — but it is expected to pass. If approved in its current form, the measures will meet immediate resistance from human rights advocates. 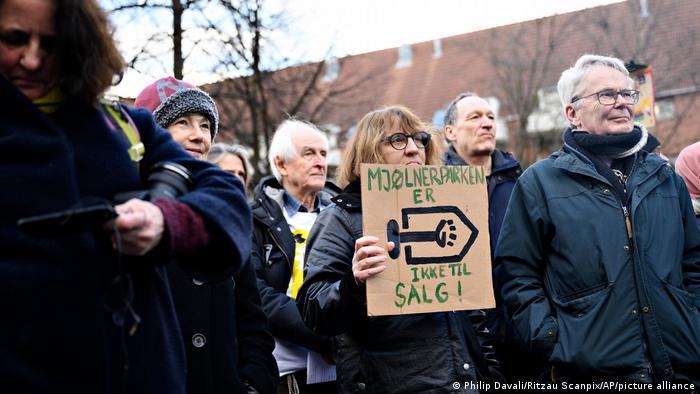 Protests against Denmark's controversial 'ghetto package' have popped up in Copenhagen in recent years (March 7, 2020)

Nanna Margrethe Kusaa, senior legal adviser at the Danish Insitute for Human Rights, tells DW, "Our concern is that the ethnicity criteria has a more sharpened focus on it than before."

"We are very concerned about this issue and following it closely because it raises red flags whenever ethnicity is listed as a criterion," she adds.

According to the current "No Ghettos" law, which passed in 2018, the share of "non-Westerners" is capped at 50% in neighborhoods with over a thousand people whose residents meet two of four criteria on unemployment rates, crime rates, education and income.

Kusaa tells DW there are three court cases pending in Denmark over the impact of the current "ghetto" legislation — lawsuits that the Danish Institute for Human Rights has intervened in.

"It's our opinion that there is a strong risk of discrimination occurring in these cases, which we think is linked to the 'ghetto' criteria," Kusaa says, potentially violating national and EU laws. The lawsuits in Denmark are ongoing.

What is 'non-Western' — and why is it targeted?

The Ministry of Interior and Housing notes that its categorization of "non-Western" is in line with Statistics Denmark, the central authority on statistics in the country.

Western countries under this concept include EU states, as well as the UK, Andorra, Iceland, Liechtenstein, Monaco, Norway, San Marino, Switzerland, the Vatican State, Canada, US, Australia and New Zealand.

"All other countries are non-Western countries," the ministry said in a statement to DW on Tuesday.

"The distinction between Western and non-Western countries has nothing to do with a country’s political system, religion, economy or culture," it added.

The new proposal aims to take on what it calls "parallel societies," a term the government uses to label areas it deems to be lacking integration into Danish society. The Ministry of Interior and Housing said that when considering the unemployment rate, education, and crime rates, the number of "non-Western residents is an indicator of integration issues."

But critics argue that such proposals will only further stigmatize Danes with diverse backgrounds — especially people of color and Muslims. Ozlem Cekic, a former lawmaker who was one of the first women with a Muslim immigrant background elected to Danish Parliament, says the current "ghetto" legislation and latest proposals are counterproductive. 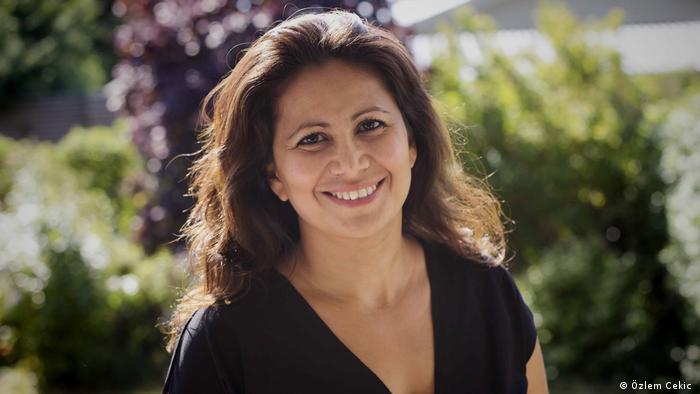 Ozlem Cekic, a former lawmaker in Denmark of Kurdish background, has criticized the measures

"I agree with the government that there are some very big problems in some communities. I accept that. But the difference is that the problem here is not so big that we need to move people out of their houses," she told DW, referring to the low rate of "non-Western" residents in troubled areas.

According to the University of Copenhagen, citing Statistics Denmark figures from 2020, only 5.3% of migrants from "non-Western countries" live in so-called ghetto areas.

For Cekic, who is also Kurdish, the legislation targets the marginalized. "It is not only created to hit Muslim groups and immigrant groups but the working class, too. A lot of people living in the 'ghettos,' they don't have the economic stability." 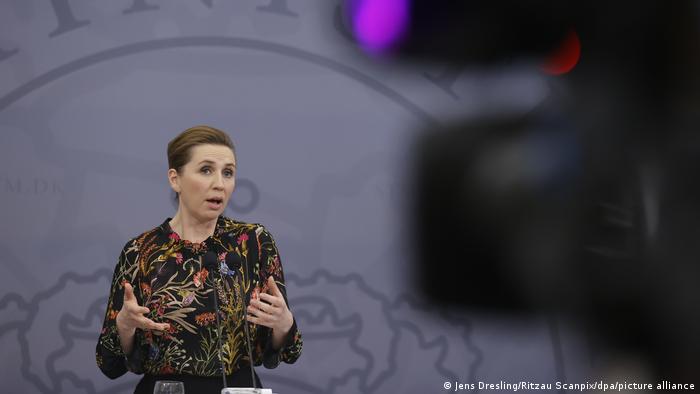 Mette Frederiksen's Social Democrats, which have led the government since June 2019, have adopted a stricter stance on immigration after the party lost in the 2015 elections

Denmark has some of Europe's most stringent policies on immigration and integration. Unlike many other countries, the tighter grip on immigration and asylum has been embraced in recent years by mainstream political parties on both the right and left.

When the center-left Social Democrats were defeated in the 2015 election, Mette Frederiksen took the reins of the party's leadership, which decided it "clearly needed to take a tough stance on anything immigration-related," says Rune Stubager, professor of political science at Aarhus University. "And so they did — quite visibly and vocally since 2015. Now they are fighting tooth and nail to stick to this line."

The government's recent moves, even if controversial, will likely benefit the party — regardless of how Danish courts rule on the "non-Western" quotas.  "It may actually pay off even if they lose such cases (on discrimination) because they would have demonstrated to their voters — and the voters they want to attract — that they're trying as hard as they can," says Stubager.

But Ozlem Cekic says the government's current legislation and new proposal will only backfire in the long run.

"How can you expect them to be loyal to the country that doesn't accept them as they are?" she says. "I'm afraid for what kind of citizen the next generation will be when they grow up — and how the policies will affect them."

On June 5, Danes head to the polls. The ruling center-right government hopes to woo voters with its harsh anti-immigrant agenda. A closer look at the Kaershovedgaard deportation camp shows what that looks like.