Denmark draws up a list of areas it dubs "ghettos" every year. This time, a group of young women from one of the vulnerable neighborhoods has been trying to put a stop to what they see as stigmatization. 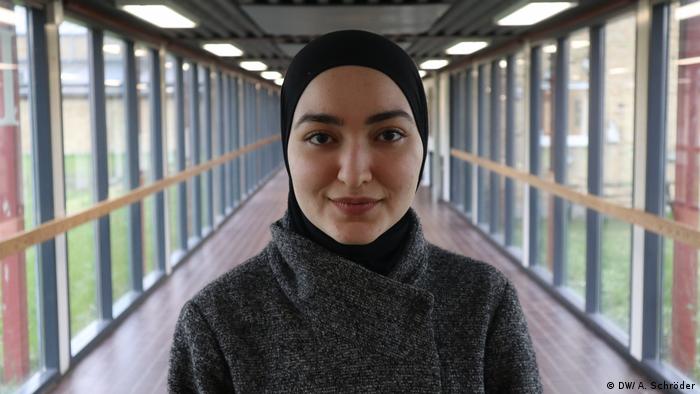 This year four young women from one of Denmark's so-called ghettos, Tingbjerg, had had enough. In an open letter to Housing Minister Kaare Dybvad, they protested against the annual "ghetto list" of underprivileged neighborhoods that the Danish government presents each December.

"Remove the list," they wrote. "Please do not tell us once again that we are a problem," and on behalf of the youth in Tingbjerg they launched a petition together with ActionAid Denmark, an NGO, urging the minister to put an end to the ghetto list.

"The ghetto list stigmatizes us," says 19-year-old Amina Safi (photo above), one of the initiators of the letter, at the new public library and culture house in Tingbjerg. "We feel like second-class citizens. Tingbjerg is such a great area, but we constantly have to defend ourselves because of our address."

For a so-called ghetto, Tingbjerg seems rather idyllic. The modernist yellow housing project in Copenhagen County contains well-tended green areas, a variety of supermarkets and lots of children playing and studying at the library and the local school.

But Tingbjerg is categorized as a "hard-core ghetto." It has been on the ghetto list for five years in a row and fulfills four out of five criteria for it: Over 50% of the residents are of non-Western origin, more than 60% have only received basic Danish schooling, the average income is less than 55% of the average income for the region, and the share of residents convicted of crimes or of breaking weapon or narcotics laws has been at least three times the national average over the past two years. 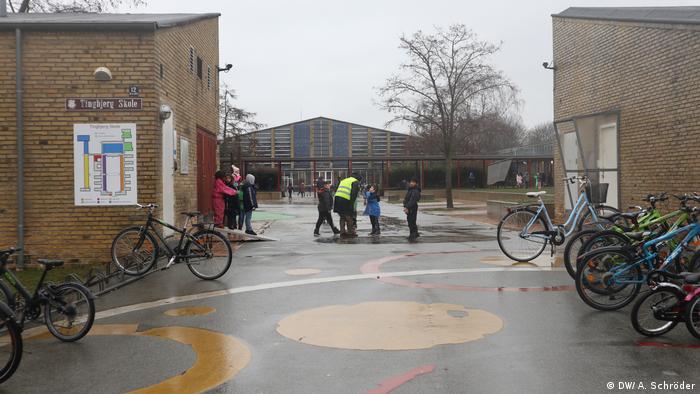 Tingbjerg has a new library and culture center

"These criteria are discriminatory. Tingbjerg is also on the list because of the high proportion of non-Western immigrants and descendants," says Safi, whose parents come from Afghanistan.

"But I feel more Danish than Afghan. I was born and raised in Denmark, and I think and dream in Danish. I am very ambitious with my studies and feel a huge responsibility to contribute to Danish society," she says.

"But the ghetto list makes us feel alienated and unwanted."

The list was first introduced in 2010 under then-Prime Minister Lars Lokke Rasmussen's center-right government and drawn up by the Ministry of Transport, Building and Housing.

But the list, and the use of the word "ghetto," is counterproductive to integration and creates a feeling of counter-citizenship, says Aydin Soei, a sociologist, author and one of the researchers behind a study showing that students in Tingbjerg face negative and lower expectations from their surroundings compared to students from a neighboring area.

"I am worried that these negative expectations and prejudices turn into a self-fulfilling prophecy, and young people start to believe they are doomed to failure because they live in a so-called ghetto," he says.

"By being on the list, the residents in Tingbjerg are also affected by the heavily discriminatory 'ghetto plan' law," he says, referring to legislation introduced by Lokke Rasmussen in 2018 after he had vowed to "end the ghettos completely" in his New Year's speech to the nation.

The political strategy aimed at dissolving so-called parallel societies has led to public housing blocks being demolished in "hard-core ghettos" in order to attract private investors and change local demographics. Daycare attendance for small children from vulnerable areas has been made compulsory as well as harsher punishments for some crimes in certain neighborhoods. 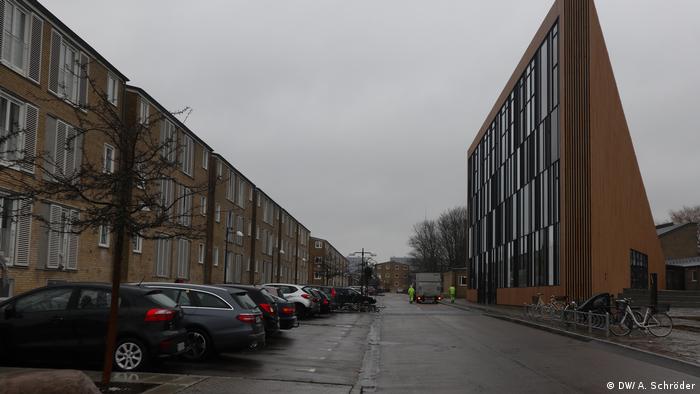 Tingbjerg is gray in winter, normal weather for Denmark

The paradox is that there has been positive development in these places, Soei explains. "The level of crime is lower than ever, and more and more young people are getting an education. Still, the politicians depict the ghettos as a growing issue."

However, these developments are primarily due to local and long-term efforts financed by the public-housing sector and local authorities — not the state or the ghetto list, Soei says.

In July, shortly after his inauguration as housing minister in the new Social Democratic government, Kaare Dybvad said he wanted to put an end to political use of the word "ghetto" in order to avoid stigmatizing the areas. Seeing as the word's connotations in other cultures had no basis for comparison to the situation in Denmark, he would instead refer to the neighborhoods as "underprivileged residential areas." But the word "ghetto" is now part of Danish law, so it remains in official usage.

An updated ghetto list was presented in early December with 28 areas — 15 of which were deemed particularly hard core, including Tingbjerg.

Much to the disappointment of Amina Safi and her friends.

A few days after the list was presented, they received a personal reply to their letter to Minister Dybvad. "I am sorry you feel stigmatized," he wrote. "The ghetto list is a tool to reduce the difference between the vulnerable residential areas and the more well-functioning residential areas. Therefore, we must create mixed cities and neighborhoods throughout the country. The agreements on combating parallel societies are a decisive factor to break the negative heritage." 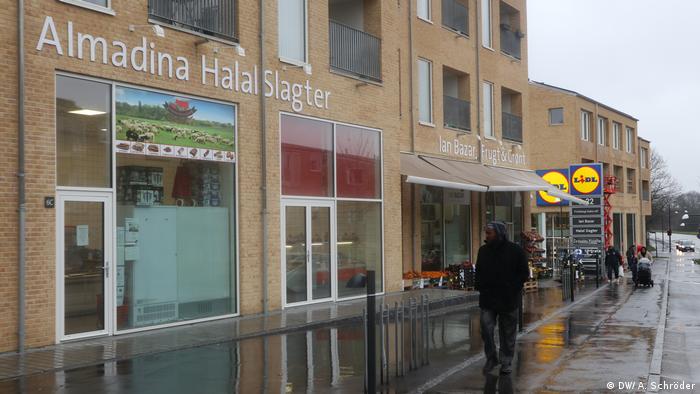 Amina Safi agrees that mixed neighborhoods are a good idea. "But how does he expect to attract people to Tingbjerg, when it is called a ghetto? As long as the ghetto list exists, the government continues to discriminate [against] us," she says and follows up with an open invitation to the minister:

"Dear Kaare Dybvad, Please come visit us and realize that Tingbjerg does not belong on a ghetto list."

So far their petition to put an end to the ghetto list has been signed by more than 9,000 people.

DW contacted the Danish Ministry of Transport, Building and Housing. Kaare Dybvad had no comment.

Renters in Berlin are appealing to the local council to stop the sale of their homes. But if buyers offer no guarantees, and the building is too expensive, there isn't much the authorities can do to protect them. (26.08.2019)

Starting in January, Denmark will require a handshake at naturalization ceremonies. Danes are critical of the idea, as is Billy O'Shea, an Irishman who applied for Danish citizenship but refuses to shake hands to get it. (21.12.2018)