With the rise of the extreme far-right party Hard Line, the anti-immigration rhetoric is as sharp as ever. So why is the left also jumping on that bandwagon? Anne Sofie Hoffmann Schroder reports from Copenhagen. Few Danes had heard of the extreme far-right party Hard Line until recently. But in April, party leader Rasmus Paludan held an anti-Islam demonstration in the ethnically diverse Copenhagen district Norrebro which led to violent clashes between protesters and the police and catapulted the party to the national stage. Due to this exposure, the party secured its election candidacy by gathering the required 20,000 digital endorsement signatures from voters.

"Finally a politician who dared to speak his mind about Islam and take a tough stand on the immigration issue," says 51-year-old René Struve, who works as a demolition contractor in Copenhagen, where DW meets him. For the past 15 years, he has voted for the traditional right-wing Danish People's Party. But "a more extreme stance is needed," so now he intends to vote for Hard Line which is currently on the minimum threshold for election eligibility of 2% ahead of Wednesday's vote.

"Hard Line's only agenda is to be extremely tough on refugees, immigrants and Muslims in particular. There is a small group of voters who think anti-immigration policies can always get harder," Kasper Moller Hansen, an elections specialist and professor of political science at Copenhagen University, told DW.

In April, a Danish court found Paludan guilty of racism after he argued that black people from South Africa are less intelligent, and in December 2018 Paludan said in a video: "The enemy is Islam and Muslims. The best thing would be if there were not a single Muslim left on this earth. Then we would have reached our final goal." 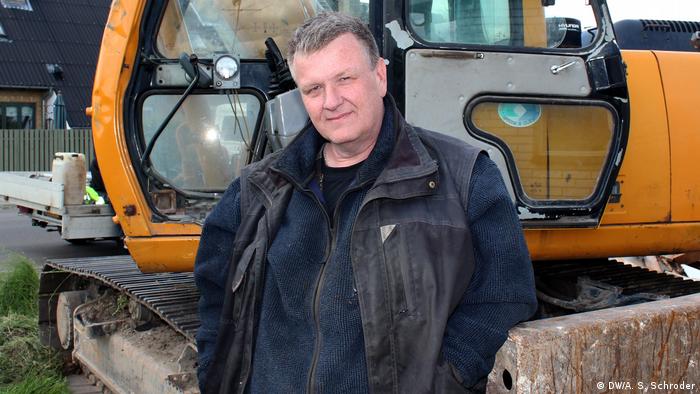 "I'm not a racist," says Struve, "nor do I hate Muslims. They are humans just like me. But I do not like their culture and behavior, and they often expect Danish society to adapt to their habits rather than the other way round." He complains that several public daycare institutions have stopped serving pork and that some Muslims refuse to shake his hand. Due to reports of crime committed by immigrant gangs, Struve says he feels afraid around groups of Muslims. "Multiculturalism simply does not work in reality. Muslims do not respect Danish norms and values such as freedom of expression."

The Danish police have spent almost €6 million ($6.7 million) on protecting Hard Line's leader during the protests this year, and that speaks for itself, says Struve. "Everyone should be allowed to criticize Islam and burn the Quran if they want to. But apparently you cannot do that or even draw a cartoon of the Prophet Muhammad without risking your life."

The opposition "red bloc" is predicted to win the general election with more than 50% of the vote, which would make the leader of the biggest opposition party the Social Democrats, Mette Frederiksen, prime minister. The party has adopted a stricter immigration policy, and this has helped them to win back left-leaning anti-immigration voters who had previously left them for right-wing parties.

In February, the current government under the center-right Liberal Party passed a law to repatriate more refugees, which has been described as a "paradigm shift" in Denmark's refugee and asylum policy because of the shift in focus from integration to future repatriation. The law was approved with support from the Danish People's Party and the Social Democrats.

Still, right-wing populism has weakened in the run-up to this election, says Moller Hansen. "The right-wing parties will get fewer votes this time, and if Hard Line gets in, it will probably be alienated on the far-right and will not have much to say in the coming term and law-making process."

Culmination of years of right-wing populism 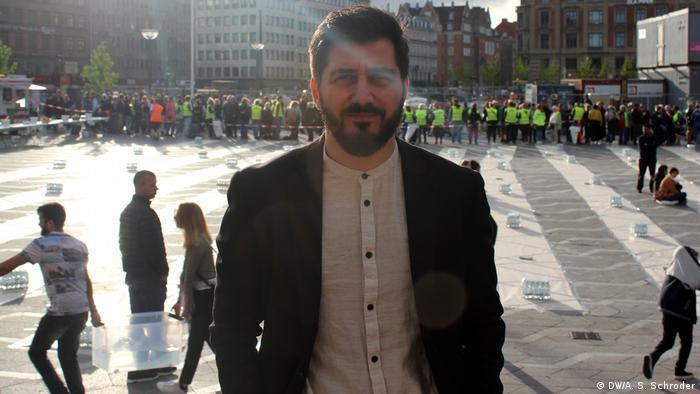 In front of the City Hall Square in Copenhagen, 30-year-old Mehmet Kökten takes part in a public Ramadan dinner, where Muslims as well as non-Muslims gather once a year for a fast-breaking meal. At the other end of the square, supporters of Hard Line are chanting anti-Islamic slogans and unfurling a banner saying "Europe is ours" from a balcony of a hotel facing the city square.

"Hard Line went from being a joke to being a reality. But they are the culmination of many years of racism and hatred against Muslims in Danish politics. Compared to Hard Line, even the Danish People's Party seems almost innocent. That is scary," he tells DW.

Kökten, who was born and raised in Denmark and feels "very Danish," is a member of the recent Facebook group "Muslims to the voting booths 2019," where more than 24,000 members encourage each other to vote, as "democracy is being threatened by candidates who want us Muslims out of the country," the group description says. He thinks that right-wing populism has increased in Danish politics and that today the Social Democrats are just as populist. "The Social Democrats have sold their souls to gain power. Their leader Mette Frederiksen could just as well have been a leader of the Danish People's Party when it comes to their rhetoric about immigrants."

However, for the first time in his life he's thinking about moving to either Sweden or Turkey, where his parents come from. "I love Denmark, but my feeling of identity is challenged by the development in the country. Danish politicians almost want to force you to choose between being Muslim or Danish."

At the other end of the City Hall Square, Rasmus Paludan and his Hard Line supporters are burning a copy of the Quran.

"There are so many citizens with a Muslim background who contribute a lot to the Danish democracy and welfare state," Kökten says and nods towards Paludan and his supporters. "For instance, my tax money also goes to protecting Rasmus Paludan, even though he incites hatred and violence against Muslims."