Denmark's immigration minister has posted a screenshot showing a caricature of Islam's Prophet Muhammad on Facebook. The cartoon is one of several that caused international outrage over a decade ago. 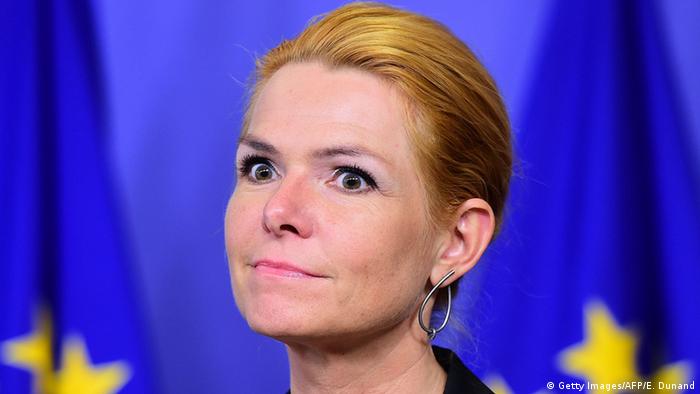 On Tuesday, Danish Immigration, Integration and Housing Minister Inger Stoejberg published a polemic portrayal of Islam's Prophet Muhammad on social media. The caricature portrays the religion's founder with a bomb fuse burning down on his turban and was one of the dozen published by the right-wing Danish daily Jyllands-Posten in 2005 that caused international outcry and allegations of racism.

Images of Muhammad are considered blasphemous in Islam. Stoejberg, who decides on conditions for immigrants — many from majority Muslim countries — in Denmark apparently uses the drawing as the wallpaper on her iPad.

In a Facebook post accompanying the caricature, Stoejberg wrote that the cartoon serves as the backdrop for her apps because it reminds her of Denmark's freedom of expression, which includes the right to mock religions and their followers. She claimed that she published it on Facebook as a reaction to a decision by the Skovgaard Museum in Viborg, Denmark, not to include the drawing in a new exhibition about blasphemy since the Reformation.

"It is the museum's own choice, and they have their full right to do it, but I think it's a shame," Stojberg wrote in the Facebook post. "Honestly, I think we should be proud of the Muhammad cartoons," she added.

Xenophobia and Islamophobia are consistent issues in Denmark, where a torch-wielding mob took to the streets in 2015, inspired by the German anti-Muslim movement PEGIDA. Denmark has also risked official strife with its southern neighbor, reimposing checks at the border with Germany in defiance of the Schengen pact.

After Stoejberg, of the laissez-faire, center-right Venstre party, assumed her post in 2015, she initated a policy to confiscate asylum applicants' belongings and use them to finance their stay in Denmark. She has also urged customers in pizzerias to contact authorities if they assume that the people serving them are in the country without authorization. Earlier this year, she previously posted a picture of a cake to celebrate her government imposing 50 new restrictions on immigration.

In addition to peaceful protests against Jyllands-Posten for publishing the images, demonstrators set alight Denmark's embassy in Lebanon in 2006 and stormed the country's mission to Syria. At least 50 people died in rioting worldwide.