Germany's interior minister has described attacks on asylum-seeker shelters as "unacceptable" and "unworthy" of Germany. He also expressed confidence that Germany can cope with an unprecedented wave of migrants. 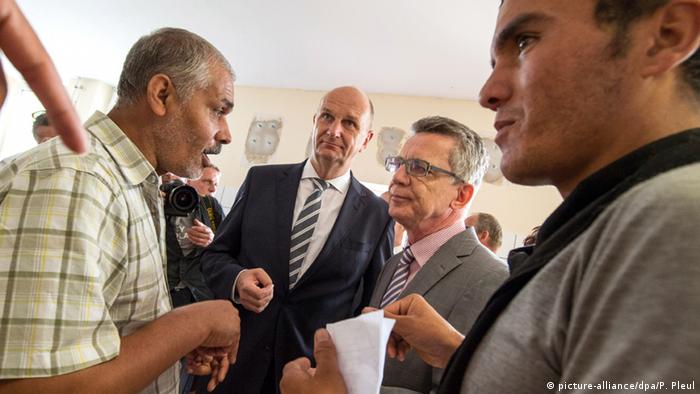 Speaking to reporters during his visit, de Maiziere condemned a recent spate of anti-foreigner protests in Germany as well as arson attacks on shelters housing asylum seekers.

The interior minister described such attacks as "incomprehensible, unacceptable and unworthy of our country." He also pledged that the authorities would bring the "full severity of the law" to bear against the perpetrators.

At the same time, though, de Maiziere admitted that the government estimate of the number of migrants expected to enter Germany in 2015 would have to be corrected upward from the current 400,000 asylum applications. Still, he expressed confidence that Germany would be able to cope with the unprecedented wave of refugees.

"It is a major challenge, which we will meet. It is not insurmountable for a large and rich country like ours," he said. "The key is that we differentiate between those who need protection and those who do not," de Maiziere added. 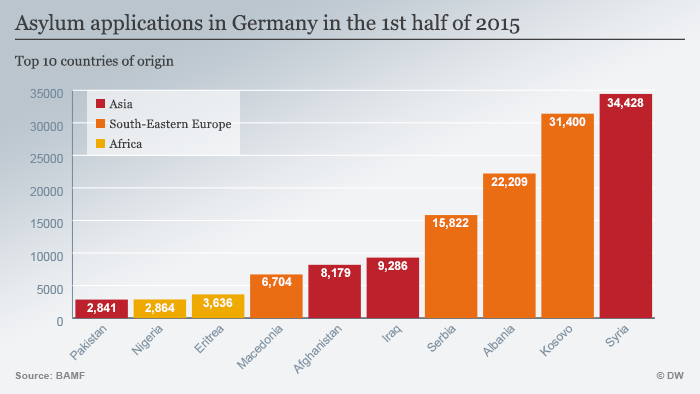 He then noted that almost half of the approximately 200,000 asylum seekers who have arrived in Germany this year have come from the Balkans, where there are currently no major military conflicts. This he said, was "unacceptable and an embarrassment for Europe."

"Here in Eisenhüttenstadt, the largest group is from Syria, but the second and third countries of origin are Serbia and Albania," he noted.

Currently, fewer than one percent of Balkan applicants are granted asylum in Germany. Chancellor Angela Merkel's Christian Democrats, of which de Maiziere is a member, have recently said they want to extend a list of so-called "safe countries of origin" to included Albania, Kosovo and Montenegro. Late last year, Bosnia-Herzegovina, Macedonia and Serbia were added.

The refugee camp at Eisenhüttenstadt currently houses around 2,200 asylum seekers, 450 of whom are sleeping in tents erected after space ran out in the buildings.

With refugee numbers on the rise, German political parties have been wrangling once again over which Balkan states to add to its list of "safe countries of origin." But whether there is any point to it is another matter. (28.07.2015)