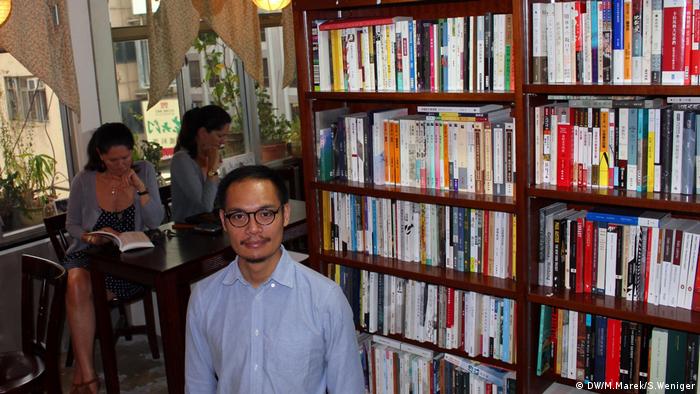 Twenty years after Hong Kong's return to mainland China, the principle of "one country, two systems," under which the former British colony had been returned in 1997, is being invalidated.

Beijing is exerting its influence over politics, media, economy. Booksellers were kidnapped.
Protests erupted in reaction to the events.

Daniel Lee, an independent bookseller in Hong Kong, discusses the gloomy situation in his home town.

DW: Daniel, we are sitting here in your bookstore in Mong Kok. You have described its focus as: Hong Kong-studies, meaning everything concerning politics, society and history around Hong Kong. Isn't that a risky genre? 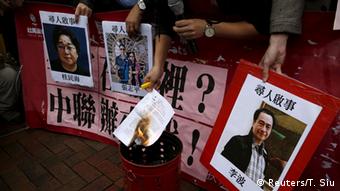 Daniel Lee: Well, there isn't a list of banned books in Hong Kong. You can read what you want. The internet isn't censored. You can reach all websites like Facebook, Google and the like, none of which is available in mainland China. Hong Kong is exempt from the "Great Chinese Firewall". But things are getting harder.

Booksellers have been arrested, not by Hong Kong authorities, but by the CCP, the Chinese Communist Party, in very obscure ways. They tell you that these people "returned to China" - but not in a normal way, not through customs. So things are getting very fishy.

Have you been personally exposed to any pressure? Like Lam Wing-Kee, Lee Bo und others, who were forced to travel to mainland China?

I feel much less pressure. My understanding is that these men were arrested or kidnapped, because they not only sold but also published books. They publish books on Chinese politics, on struggles within the Communist Party. These are very sensitive topics. So, if people like Lam Wing-Kee or Lee Bo publish such books, it is clear that they run much higher risks.

Is freedom of speech in danger since Hong Kong's return to China?

There is no immediate, obvious change. In principle, everybody is allowed to say what they want. We enjoy freedom of speech. The influence exerted is more subtle. For example, most of our newspapers have been purchased by investors from mainland China. The same happened to RTHK, our main TV and radio station. All of them are now practicing some kind of self-censorship. They concentrate less on delicate topics. For instance, if they cover protests on the streets they would avoid discussing the reasons behind the protests but instead focus on the violent clashes that go along with them. 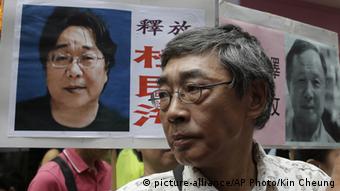 So, it has become more difficult for the people to get informed about why things happen. The news have become rather superficial. Large chain bookstores have also been acquired by mainland Chinese. If a store has any books with sensitive topics, such books are usually hidden in the far corners of the shelves, which in my view is all a subtle form of self-censorship.

A growing number of people from mainland China are moving to Hong Kong. Their language is Mandarin. Does that put Cantonese - the language spoken here in Hong Kong - in danger?

There are a lot of people who feel that Cantonese is in danger. I think we have not reached that stage yet. On the other hand, Mandarin is being promoted in schools in which Chinese has always been taught in Cantonese. More and more TV channels switch to Mandarin und its simplified Mandarin characters that are used in mainland China but, until now, have been unknown in Hong Kong.

Do you think that Hong Hong's identity is at stake?

Interestingly, people in Hong Kong haven't felt an "own identity" for a very long time. In the 60s and 70s there would be very few people claiming to be Hong Kongers. The wave of a Hong Kong identity started to grow only and precisely after the hand-over in 1997. More and more people are aware that they are from Hong Kong, that their culture is different from the one on the mainland. And that of course is most interesting, as the CCP does not want that to happen.

How do you think Hong Kong may be able to insist on its partial autonomy in the future, on its state as a more liberal, independent zone within the People's Republic of China?

I must be frank and say that our future looks very grim. It will be difficult to maintain our relative political independence and autonomy as long as we are a part of China. It's obvious that the CCP has a very particular opinion of us.

They are trying to exert influence in many ways, through politics, through economy by buying businesses, by controlling social organizations and the media. So yes, things have become very gloomy in the last two years, especially after a very successful "Umbrella Movement" [Eds.: pro-democracy movement that was created during the 2014 Hong Kong protests].

DW: Like many Hong Kongers you have, as you call it, a "foreign" passport. Does that give you a certain feeling of safety?

Well, as a matter of fact, I could leave. We in Hong Kong are used to leaving. Firstly, people moved here from China to escape all kinds of turbulence in their history. People moved away again when it was clear that the hand-over was coming. Between 500,000 and a million Hong Kongers live overseas, e.g. in Canada and in the UK.

There were also people who came back when they thought that things were getting less severe, including my family. But I guess they are ready to leave again if necessary.

It's not something I can be happy about, because I still think that Hong Kong is my place, my home. I've been here all my life and I don't know why I should have to go away. I don't know why I have to give up this place I love. That doesn't make sense to me. Why should I go, why don't you go?

The "missing" Hong Kong bookseller Lee Bo has reportedly said he will no longer deal in banned books. This came a day after he reappeared in Hong Kong following over two months in mainland China. (25.03.2016)

In a controversial ruling, China's top legislative body has effectively banned Hong Kong's two pro-democracy lawmakers from office, a move expected to trigger a new round of anti-Beijing protests in the city. (07.11.2016)