In Prague, thousands celebrated the Velvet Revolution's 25th anniversary. The festivities also turned into an appeal for Czech President Zeman to resign. An egg thrown at Zeman hit Germany's president instead. 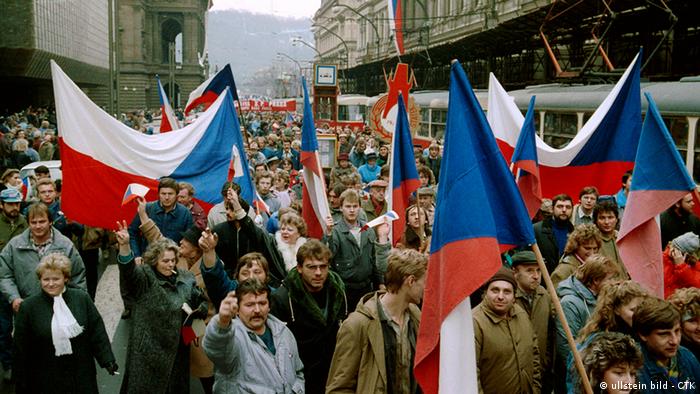 Preceded by a November 16 protest in Bratislava, the capital of Slovakia, the demonstrations of November 17, 1989, had begun on the campus of Charles University with fiery speeches against the Soviet-style communist regime.

Downtown, police blocked the street from both sides, squeezing the protesters with armed vehicles before attacking them with truncheons, injuring hundreds but breaking the spirits of few. The crowds grew in the days that followed, culminating with the resignation of the entire leadership of the Czechoslovak Communist Party on November 27, 1989 (pictured).

Many Czechs believe that the current president, Milos Zeman, has betrayed the legacy of the playwright-president, who died in 2011.

Zeman has supported Russia on Ukraine, praised China and downplayed Soviet-era police brutality. In a recent radio interview, he called Pussy Riot a pornographic band and used a vulgar term to describe their name, concluding that the artists, sentenced to Russian labor camps for their protests, were not political prisoners. Critics call these missteps proof that Zeman has worn out his welcome in Prague castle. 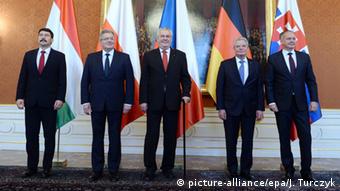 On Monday, Zeman hosted Germany's own president, Joachim Gauck, in addition to the leaders of the other Visegrad states: Slovakia, Poland and Hungary.

Before he went to Prague on Monday to celebrate the anniversary with his former neighbors behind the Iron Curtain, Gauck went to the "gateway to freedom" on the Austria-Slovakia border to remember those who had not survived Soviet-style communism.

Since June, the five presidents have commemorated the 25th anniversary of that system's end together in Warsaw, Budapest and Leipzig. On Sunday they were joined by current Ukrainian President Petro Poroshenko in Bratislava, and on Monday all attended the commemorations in Prague.

"Those who want to understand today what Europe is must know where we came from," Gauck said Monday at the site on the Danube where more than 400 people had died trying to escape Czechoslovakia.

During the commemorations, German President Gauck received an egg to the head, thrown by a protester. A spokesman for the Czech president said the egg was intended for Zeman.