Former Prime Minister Milos Zeman has won the largely ceremonial post of Czech president in a runoff ballot. For the first time, voters in the Czech Republic elected their symbolic leader directly. 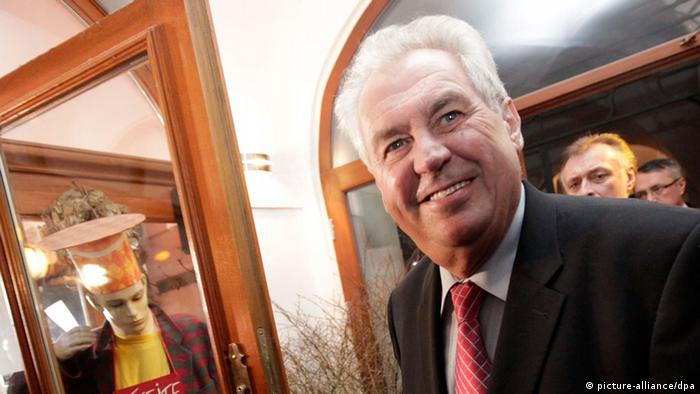 With all ballots counted, Zeman won with 54.8 percent of the vote while his opponent, conservative Foreign Minister Karel Schwarzenberg,received 45.2 percent, according to the Czech Statistical Office.

The candidates advanced to the runoff after finishing as the top two in the first round of voting on January 11 and 12.

The euro-skeptic Vaclav Klaus' second and final term ends March 7. Zeman will be sworn in the following day.

About 5 million voters out of 8 million eligible turned out to decide between the two candidates, both of whom are considered advocates of European integration.