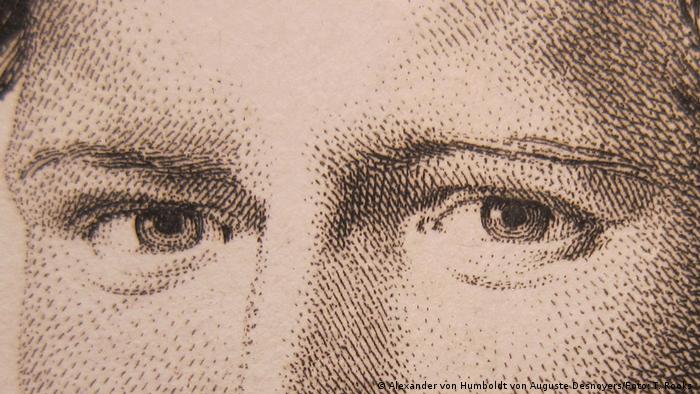 If anyone could have predicted how famous Alexander von Humboldt would become, they surely would have been more careful about noting his birth. Though it is certain that he was born during the reign of Frederick the Great on September 14, 1769 it is not clear if he was born at his parents' home in Berlin or their nearby estate in Tegel.

His christening, on the other hand, was a big social event. The royal chaplain officiated and the newborn Friedrich Wilhelm Heinrich Alexander von Humboldt had a who's who list of sponsors like Prince Henry, the brother of Frederick the Great; the Duke of Brunswick; and Frederick William, the future king. This illustrious group was no accident, but a result of his father's connections.

When Humboldt was born, Prussia was just one of many different German states and principalities. It was an accumulation of territories won and lost over centuries and had an irregular shape. Its capital, Berlin, was a provincial backwater with 132,000 inhabitants — 20 percent of which were attached to the military. While London was brimming with 750,000 people and had a flourishing society, Berlin was an outright military town.

Not surprisingly Humboldt's father, Alexander Georg, had been a major in the army and was deployed during the War of Austrian Succession and the Seven Years' War before being appointed chamberlain to the crown princess. Two years later in 1766 at the age of 46 he married the already widowed 25-year-old Marie Elisabeth Colomb. 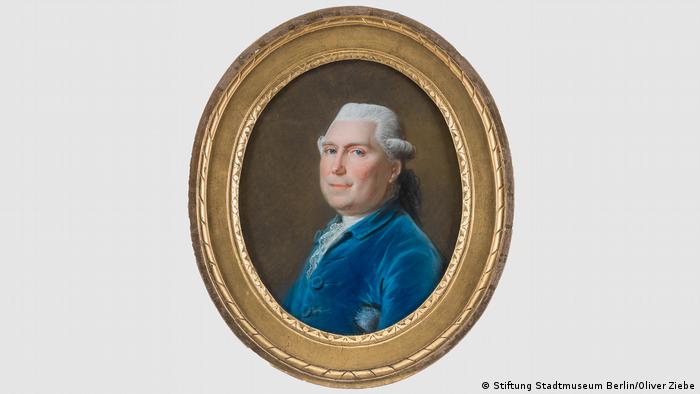 A portrait of Georg von Humboldt, Alexander's father, from 1775 by Johann Heinrich Schmidt

He may have had social connections and his position as an adjutant responsible for his regiment's food and equipment may have allowed him to turn a profit during war, but it was Marie Elisabeth who brought real wealth into the family. Her contributions included investments, a large Berlin townhouse, a country estate and the lease on the Tegel manor house — not to mention a son, Heinrich, from her first marriage to Baron Holwede.

The new couple soon had two sons of their own, first came Wilhelm, and two years later, Alexander. The year Alexander was born, his father resigned from his job and lived the life of a country gentleman at Tegel. He was a likeable man by all accounts and continued to entertain some of the royal family and even German poet and playwright Goethe on his only trip to Berlin. The writer later returned the favor by mentioning Tegel in his play "Faust." 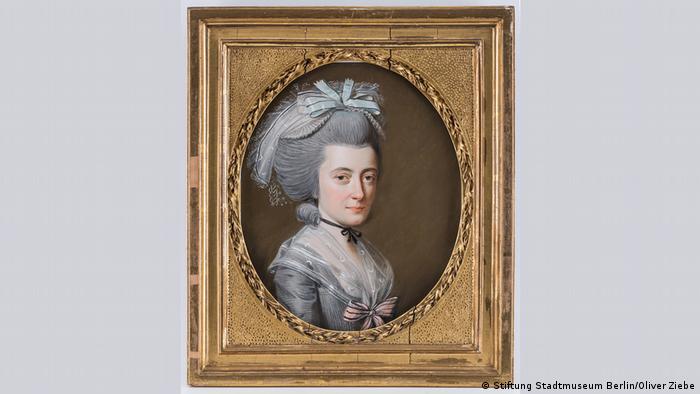 Alexander's mother, Marie Elisabeth von Humboldt, in a 1775 painting by Johann Heinrich Schmidt. Today it is in the collection of Stadtmuseum Berlin

Alexander's mother though has usually been portrayed as distant and cold. She had already lost her first husband and a young daughter and now she was a busy woman with a growing family and a lot of property to manage, fighting to be taken seriously in a man's world. Yet despite any character shortfalls she ensured her three boys were taken care of.

After her oldest son left to pursue a military career, she planned brilliant careers for Wilhelm and Alexander in the Prussian civil service. In the end, she was able to find and recruit fine Enlightenment tutors and turned two prodigies into marvels.

Marie Elisabeth's biggest coup was to hire 20-year-old Gottlob Johann Christian Kunth. At first, Kunth was just another in a line of tutors, but as he was starting to implement his education plans disaster struck when Alexander's father died. For the young boy, it was a devastating blow. 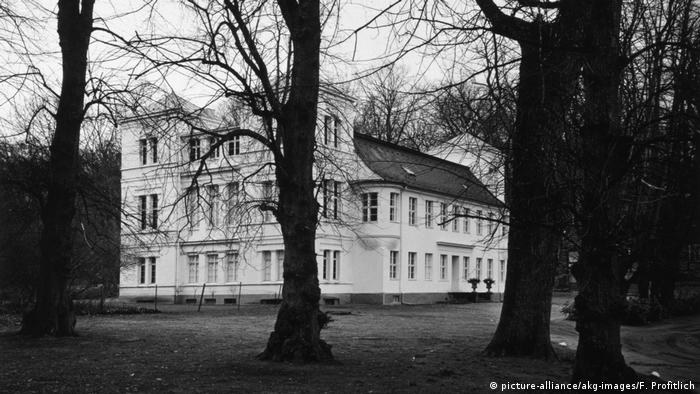 Schloss Tegel, Humboldt's childhood home, on the outskirts of Berlin. It was greatly altered and expanded by his brother, Wilhelm, under the guidance of the great Prussian architect Karl Friedrich Schinkel

Afterward Kunth became an integral part of the family and helped the newly widowed mother manage her properties, alongside teaching the boys the basics of German, French and history. But soon the young man's job changed from that of tutor to "majordomo," who oversaw other teachers and organized private lectures with specialists in mathematics, philosophy, Greek and Latin.

Wilhelm was studious. Alexander on the other hand was a late bloomer, not least because most of the lessons were customized for his older brother. Years later Alexander wrote: "Until I reached the age of 16, I showed little inclination for scientific pursuits. I was of a restless disposition and wished to be a soldier."

Kunth nonetheless pushed on and arranged for the boys to be invited to the few intellectual salons Berlin had to offer. At the time, the city's Jewish population was restricted in many ways, yet some used their homes as meeting places and were an important part of Berlin's intellectual scene. Above all Henriette Herz and Rahel Varnhagen were adept at bringing together artists, writers, thinkers and their friends. Alexander flourished in these unique surroundings, practiced his dancing and even learned some Hebrew. Known as the 'little apothecary' as a child, no one could have guessed that Humboldt's childhood penchant for collecting stones and insects would send him on countless journeys far and wide. Here an image of a scarab he collected in South America reproduced in one of the many books recording his adventure

The Humboldt brothers never attended regular school, but Kunth's 10 years of attentiveness brought out the best in them. Still there was a lot to learn and since Berlin had no university at the time, Alexander was off to the nearby University of Frankfurt (Oder) for six months. After that, he spent a year in Berlin studying physics, technology, math, Greek, drawing and botany with private tutors.

In the spring of 1789, he moved on to the University of Göttingen, which at the time was one of the best schools in Germany. It was here that his fate was sealed when he met Georg Forster, a naturalist who went on James Cook's second voyage around the world and wrote about his experiences. For Humboldt, he was the ideal adventurer-traveler and a real mentor.

Their friendship blossomed and together they toured through Germany, the Netherlands, England and France. Forster introduced Humboldt to his friends and scientific acquaintances. It was a trip that would change his life.

Finally Humboldt had found his purpose. His life would be devoted to science. With this goal in mind, he published his first book in late 1790. It was a 126-page volume on Rhine River basalts dedicated to Forster. Humboldt had just turned 21.

Going down the mine

Though in the end Alexander never received a university degree, his natural genius had been nourished and his unorthodox formal education was coming to an end. After a short stint at a Hamburg business school, he went to Saxony to attend the famous Freiberg mining academy, where in eight months he did what others take years to learn.

Afterwards, Humboldt was given his first formal job as a Prussian mine inspector before being quickly promoted to superintendent of mines in Franconia, then distant pieces of land that had just come into the country's possession and that needed to be integrated into a single system. At the time, silver, gold, iron, vitriol and salt mines were a major source of income. For the Prussian king they were especially attractive since he alone controlled all mining rights.

Being a mine inspector was serious work and Humboldt was not afraid to get his hands dirty. From the summer of 1792 until the spring of 1797 he traveled extensively visiting and inspecting mines, worked on budgets, wrote reports, collected minerals, performed his own experiments, started a school for miners and wrote a textbook. All this for a yearly salary of around 400 Prussian thalers.

But life as he had known it was about to come to an end. On November 18, 1796, Humboldt's mother died. He, his brother and half-brother were now rich men. Humboldt's inheritance turned out to be around 90,000 thalers in property, cash and investments — a far cry from his 400-thaler salary. The interest alone was around 3,000 thalers a year. 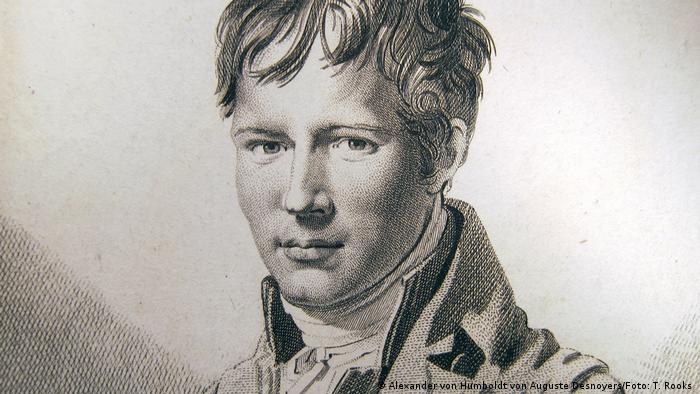 A 34-year-old Alexander von Humboldt by Auguste Desnoyers after a drawing by French artist Francois Gerard, 1805

He had been an excellent civil servant and his mining job taught him many valuable lessons. Nonetheless, despite many offers from his superiors, he wanted to be free and for the next two and a half years he traveled throughout Europe. He had a dream to fulfill.

In Paris, he bought the best scientific instruments available and met Aime Bonpland, a French surgeon and botany enthusiast who was also looking for a big adventure. In March 1799, with the help of a Saxon diplomat, Humboldt was presented to the Spanish king, who was impressed enough to give Humboldt and Bonpland passports allowing them complete access to all the Spanish territories in Latin America. The Mendelssohn bank in Berlin gave Humboldt the credit he needed. It was a once-in-a-lifetime opportunity too good to pass up.

At a time when most people never wandered far from home, Humboldt had traveled extensively in Germany and seen much of Europe. He had also already written and published five books, one of them in Latin. At 29 he was full of boundless energy, but not even he had any idea that this journey would take him to the highest peak in the world and make him one of the most famous men on the planet.

Construction of the new Museum of German Romanticism in Frankfurt has begun right next to the Goethe House. After significant delays, the museum is to be opened in 2019. (14.06.2016)