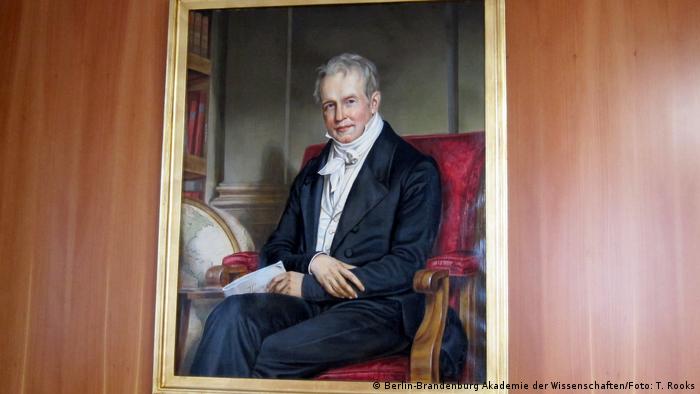 For roughly 15 years now, I have been looking for Alexander von Humboldt. Really, it shouldn't be too difficult since hardly any other figure of the 18th or 19th centuries has been so well documented.

He was Prussia's greatest scientist and for long periods of his life nearly every day has been reconstructed. We know that he met Napoleon for the first time on October 28, 1804; inspected troops in Valenciennes, France with King Frederick William III of Prussia and Tsar Alexander of Russia on October 23, 1818; and spent his last birthday in 1858 at Sanssouci Palace with the Prussian queen.

Though Humboldt had an aversion to biographies and called them a "disagreeable necessity," he has been honored with lots of them — big and small and in many languages. There are also books given over to the illustrations in his published works, others dedicated to portraits of him and a growing number of reprints and critical editions of some of his most well-known books. There is even a biography of his biographies.

Dozens of volumes of his letters have been published and, since 1958, a small team of academics at the Berlin-Brandenburg Academy of Sciences has been devoted to decoding and publishing his handwritten manuscripts. 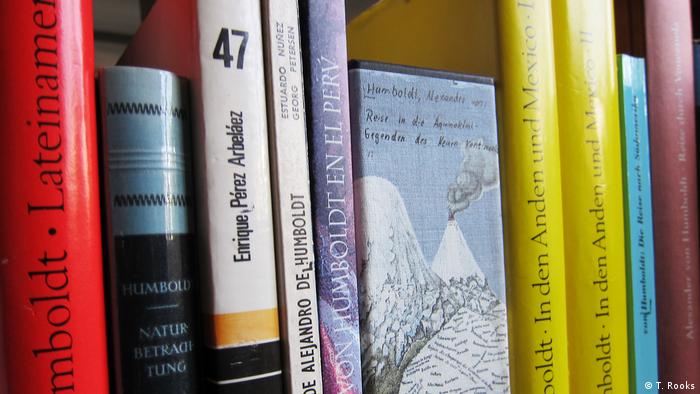 A shelf full of books on Alexander von Humboldt

It would be nearly impossible to find and read through all of his books and the nearly 1,000 published essays, papers and articles that he wrote during his lifetime. Even if you did manage, what all these documents, letters and books don't give us is Humboldt himself.

Who was he? What was he really like? Was he happy? Was there more to his intense friendships with a number of young men? What were his biggest regrets? Take away all the adventure and scientific measurements and we are left with a lot of unanswered — and unanswerable — questions.

When I came to Berlin to study at Humboldt University, I had no idea what a Humboldt was. It took me months before I even figured out that I had been writing "Humbolt" without the "d" it needed. Then a friend gave me a wonderful little illustrated biography of the scientist. As it turns out, he was from Berlin and his amazing trip through South America was spellbinding. Not only that but he had been to the United States, met President Thomas Jefferson and spent his entire fortune for the good of spreading scientific knowledge. 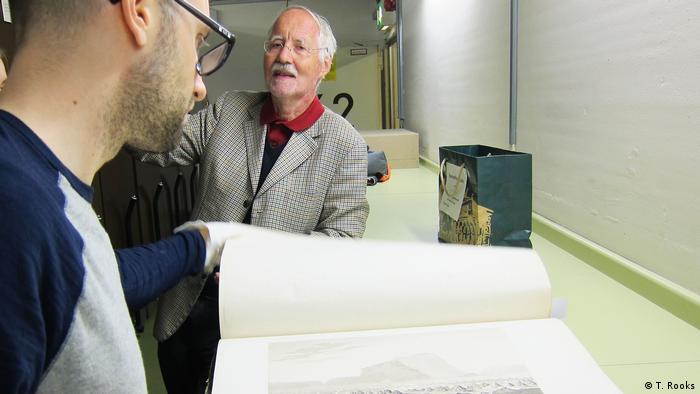 I was hooked. I found every book in the library I could and sifted through the internet for articles. By chance, I was in the right place since Berlin is filled with statues and paintings of Humboldt and I was able to go to lectures and exhibitions looking for traces of him.

His family home — Schloss Tegel — is still standing and he is buried at one end of the garden. Descendants of his brother Wilhelm continue to live there and I had the privilege of a private tour. Yet printed books, statues, canvases or even a visit to his gravestone only provide the illusion of getting closer to the man himself.

Looking in the footnotes

But why this fascination? Humboldt was truly a hardworking prodigy, but in many ways he had good timing and was lucky that his scientific instruments were better than everything that came before them. He was also one of the last Europeans to travel through the Spanish colonies before a wave of independence movements swept in changing them forever. Because of his writings and interest in Latin America he is often given credit for helping push out the Spanish by giving the colonies the self-confidence to proudly stand up. 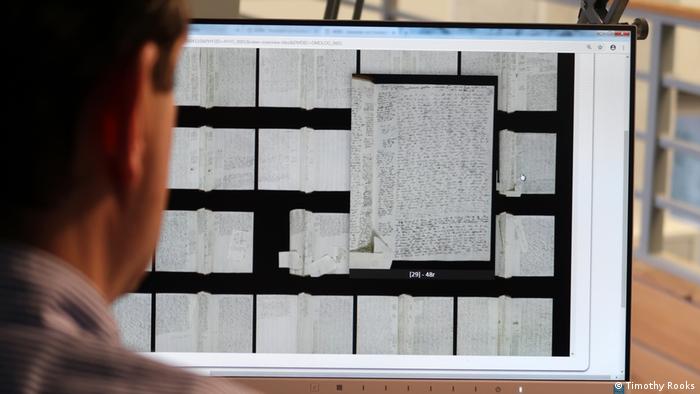 For me though, it isn't just about Humboldt, it is about all the doors he opens. One piece of the Humboldt puzzle often leads to other unknown places full of new individuals, ideas and history. When I found a transcript of a passport from 1798 I was excited. It described Humboldt as "... aged twenty-eight years, height five feet four inches [five feet eight inches English], light brown hair, gray eyes, large nose, rather large mouth, well-formed chin, open forehead, marked with the smallpox."

The description gave me a better feeling for the man, yet raised nearly as many questions as it answered. The book was from 1873 and the passport was issued in Paris. Looking into the difference between English versus French inches took hours and my own calculations make him five feet 6.8 inches tall. No matter the discrepancy, he must have been relatively short. So that was one mystery cleared up.

But gray eyes? I remembered something else and tracked down two paintings, one from 1784 and another from 1804 that both give Humboldt very blue eyes. It was a perfect example that even official documents or paintings are hard to rely on. So how could I trust letters, rumors or academics to give me the real Humboldt nearly 160 years after his death? 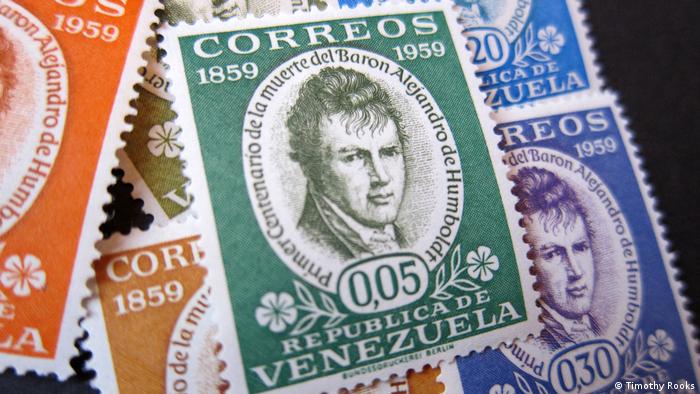 For decades Humboldt's image has been used to sell products and on coins. He has even made it onto stamps from Venezuela

Nonetheless, biographies and popular literature continue to propagate and mold Humboldt for the needs of the time. There's liberal Humboldt, German Humboldt, Latin America liberator Humboldt, anti-slavery Humboldt, gay Humboldt, eco Humboldt. Everyone wants to call him their own.

I wanted to call him my own, too, and over the years my interest has only grown. The more I learned, the more I wanted to know. For me he was a visionary with a connection to the past who touched so many interesting lives.

Still, no matter how many books I read or how many paintings I study, I will never really know Alexander von Humboldt. It's a shame because he has put me in contact with so many interesting epochs and other historical figures, not to mention fellow Humboldt enthusiasts. But this was what he always did. He was a master networker, who brought people together. Then as now, he faded into the background and let new friendships take their natural course. 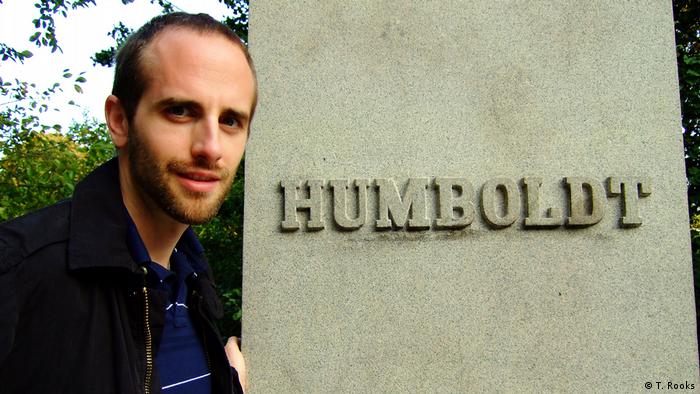 Though my search for Humboldt is far from complete, a few things have nonetheless become clear. One constant thread in Humboldt's life was his unshakable devotion to friends and budding scientists. He helped those in need, even when he himself was in debt and inundated with work.

It is estimated that he wrote around 30,000 letters to at least 2,800 different people. Though sadly, living to be nearly 90 is a curse and a blessing, and despite his international fame, Humboldt admitted to being lonely in old age.

But what he most regretted was not the unwritten letter or unfinished work, it was not having seen more. Writing one day before his 75th birthday he confessed without irony: "I have seen much, but, measured by my demands, only very little." Only a Humboldt could be so bold.

Alexander von Humboldt's Latin American travel journals are a wonder. Their pages detail his expedition and are once again stored in the vaults of Berlin's State Library. Will they ever reveal all their secrets? (06.09.2019)

Explorers have long collected plants, but hardly any as feverishly as Alexander von Humboldt in the Spanish American colonies at the turn of the 19th century. He brought the wild colors of the New World to Europe. (09.09.2019)

Mineral hunters in the tradition of Humboldt