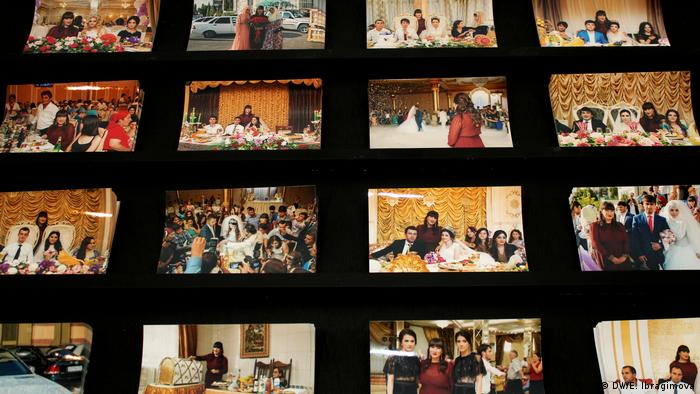 Deutsche Welle: There is a huge interest in German-language classes worldwide, the Goethe-Institut runs libraries bursting at the seams in many countries, the cultural institute is doing really well in social networks, and your annual report last month was excellent, too. Can you just sit back and relax now?

Johannes Ebert: Of course not. The past five years were really good, though. There was a lot of demand for language classes and cultural exchange. We face huge challenges in cultural cooperation, including issues like populism, Germany's colonial past in Africa and cooperation with the Mideast.

We appreciate that the new coalition treaty recognizes foreign cultural and education polices as a very important area, that our experience is integrated, which results in new impetus. 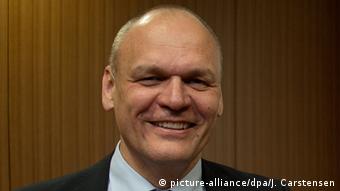 "Dialogue of cultures," "crisis prevention," "communicating values including freedom, democracy and human rights" – according to the coalition treaty, those are the Goethe-Institut's duties. Isn't that what you already do?

Of course those are issues we've been dealing with for many years, and for which we have developed the necessary tools.

What's new from our point of view is that enterprises politicians may have regarded as innovative pilot projects and nothing more are now recognized, and are set to receive the appropriate framework. We very much welcome the new quality and range that will give us.

The world is marked by drastic change, it's growing more restless, and less safe. Political decisions are increasingly selfish. What does that mean for the Goethe-Institut? Is more diplomatic tact called for nowadays?

We have in fact seen increasing constraints on civilian society in many countries over the past few years. That means we have to act with a heightened sense of political awareness but it also underlines the significance of our presence in individual countries because Goethe-Institutes there still represent safe havens where people can discus issues that can't address anywhere else.

Read more: Goethe-Institut: looking back on a turbulent year, while planning for 2018

Colonialism is a key topic

French President Emanuel Macron has urged an end to colonial amnesia. What does that mean for Germany? Is that extra pressure on the Goethe-Institut? Arts and crafts at the Goethe-Institut in India's Kolkata, formerly Calcutta

Colonialism has been on our agenda for a long time because we have institutes in Africa and other countries with a colonial past. The legacy of colonialism is always present in these societies.

At the moment we are busy with colonialism in countries where Germany was a colonial power. We are collecting information on and analyzing how cultural institutions reflect the colonial past in countries like Togo and Tanzania. Next, we will develop a major project along with our African partners. We are currently also busy with a huge project on the role of national museums in Africa. Many national museums stopped collecting artworks when the countries became independent, thus losing their role in the process. 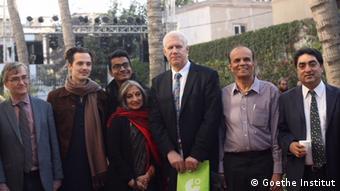 Do you plan to set up museums in Africa, using parts of collections you would be returning to the countries of origin?

No, that's not the plan, but we do intend to put African museums in touch with German museums. That's our job. We'll see whether that opens up new possibilities for us at some point, but contacts like that are important.

Do foreign cultural policies have to be limited to working abroad? After all, you very successfully created the Syrian Goethe-Institut in Berlin.

That's a key question for us. In a global society, it is increasingly difficult to separate domestic from foreign policies. Foreign cultural policies are also domestic cultural policies. That in turn is reflected in the coalition treaty. We would like to take on that task to an even greater extent. We would like to make available to Germany processes and discussions we experience abroad by adding them to the domestic discourse. That is important and helpful for a country like Germany, which is grounded in an international context.

Germany's Goethe Institut has opened a temporary space for German-Syrian cultural exchange in Berlin: "Damascus in exile." The ambitious project is squeezed into all of 70 square meters in the heart of the capital. (28.10.2016)

From tackling gender discrimintion to the politics of memory, the three recipients of this year's Goethe Medal, presented on Goethe's birthday by the Goethe-Institut, aren't afraid of ruffling feathers. (28.08.2017)