God, Goethe and the mammoth task of compiling his vocabulary

The Goethe dictionary is a huge project which aims to create a lexicon of Goethe's entire vocabulary. After 70 years, the task hasn't been completed yet, but the project should be done in 2025. 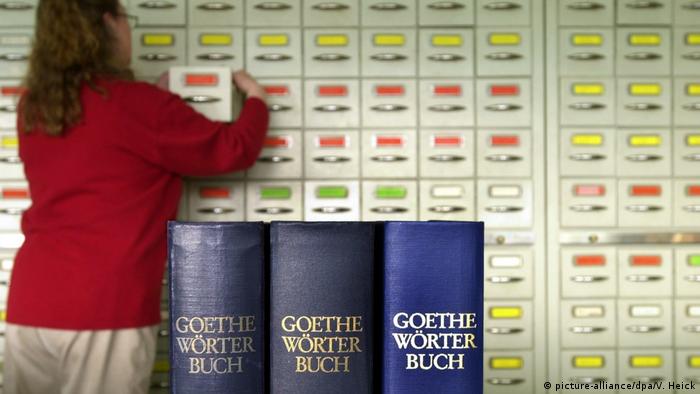 Goethe didn't believe in God. But that didn't stop him from writing a total of 3,100 references to God in his works: 1,800 of those 3,100 references concern the God of Christianity, the remaining ones refer to gods of the ancient world.

The Goethe dictionary additionally reveals that Goethe often didn't capitalize "Gott" (God), but rather wrote "gott." He once even forgot to add the second "t."

Such facts, and many more, can be found in the "Goethe Wörterbuch," the Goethe dictionary.

An entire article is devoted to the theme of Goethe and God, enriched with short analyses, quotations and cross references. Meticulously listed are dozens of word combinations that entail the word God, ranging from "Gottähnlichkeit" (godlikeness), "Gottbetörte" (God-beguiled) to "Götzentempel" (false god temple). 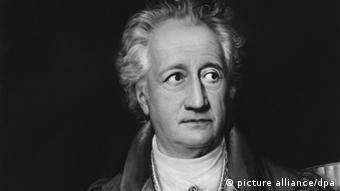 93,000 words - it is thought that nobody had a bigger vocabulary than Goethe

Precisely 70 years ago, the German Academy of Sciences in Berlin initiated the huge project of the Goethe dictionary - a lexicon precisely listing, describing and explaining every single word used by Goethe in his poems, dramas, letters, official writings and scientific essays.

In his speech on the occasion of the 70th anniversary of the initiative, project manager Michael Niedermeier of the Berlin-Brandenburg Academy of Sciences and Humanities (BBAW) said that back then, the time was ripe for this project.

Following the Nazi era, people were yearning for the imperturbable values epitomized by Goethe and his era. At the time, nobody could have imagined that the project would go on over several generations, including the reunification of Germany.

Goethe commanded the biggest ever documented individual lexicon of 93,000 words. The researchers have collected everything, ranging from verbs and nouns to prepositions and articles. Martin Luther, by comparison, "only" commanded 23,000 words.

It took more than 20 years just to list and evaluate these 93,000 words. But now, an end is in sight. In terms of lexical evaluation, the present team consisting of 17 academics has reached the letters S and T. It is hoped that the project will be completed in 2025. Originally, the researchers had the year 2040 in mind. However, the patience and the budget of the BBAW and of the academies in Heidelberg and Göttingen cooperating with it turned out to be limited after all. 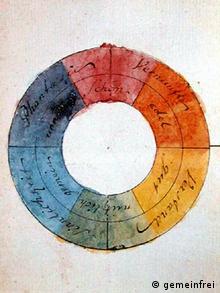 Goethe was not only a writer, he also analyzed the theory of colors

In the view of Michael Niedermeier, the dictionary is a "central instrument of exploring Classicism, and it will take decades and centuries until its full effect will be realized." After all, Goethe didn't only write poems and dramas, but also essays on the theory of colors and many other scientific, political, philosophical and cultural phenomena.

Talking to DW, Niedermeier underlined that the online version that is now accessible in the internet opens up new opportunities: "In the online version, we want to bring the dictionary to an entirely new level by linking it with topics such as color circles, the minerals of the Weimar collection and natural materials of the Jena collection."

Niedermeier is obviously reacting to criticism according to which only a few Goethe enthusiasts would profit from the dictionary. He said that not only specialists in German studies, but also scientists, culture researchers and historians were targeted - in short, all those interested in the 18th century.

During the event held at the Berlin-Brandenburg Academy of Sciences and Humanities, Niedermeier and his colleagues were trying their best to demonstrate how useful the Goethe dictionary was. Olaf Müller of Berlin's Humboldt University showed for example how the poem "Laßt mich weinen" (Let Me Cry) of the "West-Eastern Diwan" could be interpreted with the help of the dictionary. The last word of the poem, "grunelt," is no longer in use in German.

Goethe experts have always considered that verb, "gruneln," as an expression of a local dialect that sort of softened the tension inherent in the poem at its end. But on the basis of the dictionary, Müller has demonstrated that with the strange word "gruneln," Goethe had something else in mind, namely transformation and renewal. In this sense, the poem culminates with a celebration of renewed life.

Goethe-Institut to expand in the Caucasus

The Goethe-Institut, which promotes German language and culture abroad, is set to open in Armenia and Azerbaijan. In Europe, the organization seeks to address nationalism and integration. (12.12.2016)

A Goethe for Korea

Shin Kyuk-Ho is a Goethe devotee. Now the Korean businessman has made a monument to his idol. He's had the German writer cast in bronze and placed in front of his company HQ. A Berlin sculpture foundry took on the job. (12.12.2016)

The lesser known sides of Goethe

He was a lawyer, a scientist and a theater manager, just to name a few of Goethe's hats. On the 70th anniversary of the Goethe dictionary, we look at why Germany's most famous writer was about more than just words. (12.12.2016)