How did Captain Cook change the world?

Before 1768 the northern and southern hemispheres were separate worlds. Three voyages changed all that. They were captained around the legendary seafarer James Cook. 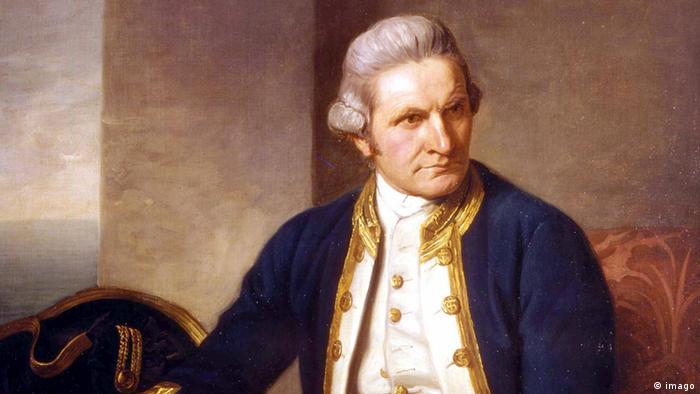 It's 1768 and the British are fixated on reports of land glimpsed in the south Pacific, convinced that an undiscovered Great Southern Continent lies in wait below.

The Royal Society commissions cartographer and explorer James Cook to embark on a voyage to chart the passage of the planet Venus between the Sun and the Earth.

It is believed that the angles of observation from different locations can be used to calculate the exact distance from the Earth to the Sun and the planets.

But the Admiralty has also given Cook secret orders to scour the seas for that mystical land in the south.

Cook and his crew would not discover the mythical land mass, which geographers believed was necessary to allow the earth to spin on its access, balancing out the northern lands.

The voyages would instead bring the Europeans to Tierra del Fuego, Tahiti, New Zealand, Australia, the Tongan islands and Antarctica.

They would allow the accompanying artists and scientists to compile records of local culture in these regions, through collections of flora and fauna specimens, paintings and illustrations.

And they would scatter the seeds for British colonialism in the region, the lasting impacts of which are still felt deeply in many countries today.

The voyages of Captain James Cook

This is the history that the British Library in London set out to explore in their exhibition of images and artifacts from Cook's three famous voyages.

The exhibit compiles original artworks, natural specimens, written accounts and jewelry from the voyages alongside material that reflects contemporary attitudes to Captain Cook in the places he reached.

Cook captained three voyages to the south Pacific. The first set sail in 1768 and brought the explorers to Tierra del Fuego, Tahiti, New Zealand and the east coast of Australia.

But Cook had failed to find the Great Southern Continent, so in 1772 two ships embarked on a second voyage, which ultimately disproved the existence of the envisioned continent.

The ships instead circled the south Pacific twice, charting islands which had not been accurately marked on European maps before and crossing the Antarctic circle three times.

This was the closest the explorers came to uncovering their vision of the Great Southern Continent encircling the South Pole.

Though they were the first crew to cross the Antarctic circle, the continent itself would not be discovered and named until 1820.

In 1776 Cook set out on his third voyage with the goal of finding a shorter trade route between Britain and the Pacific. That expedition led him to Hawaii in 1778, where he was killed by locals in a dispute.

Open since April, the exhibition closes its doors on August 28.

To some, Cook's voyages embody the spirit of exploration and a sense of wonder. To many indigenous people however, they symbolize the beginnings of dispossession and interference resulting from British colonialism.

With "Australia Day" celebrated annually on January 26, the date on which the first British settlers arrived in 1788, the celebration of colonial influence is at the center of ongoing public debate in that country.

Cook is often recognized as having "discovered" Australia despite Aboriginal Australians having inhabited the land for thousands of years before his arrival.

Statues of Captain Cook in the major cities of Sydney and Melbourne have twice been vandalised in the past two years, in protest of the continuing celebration of British settlement and the myth of Australian identity that grew out of it.

Click through the above gallery to explore some of the pieces on display in the British Library's Captain Cook exhibition.

People like James Cook and Alexander von Humboldt were driven by curiosity. Their achievements can now be marveled at in an illustrated book, that will have you yearning for adventure. (28.03.2017)

Indigenous Australians are suffering from rising levels of imprisonment, substance abuse and illness, a report says. The hospitalization rate for self-harm has grown by 56 percent in the last decade. (17.11.2016)

Acquired over a century ago, the skull is going back to New Zealand museum which will locate the appropriate Maori tribe. It's part of a 15-year plan to return indigenous articles to their original owners. (26.06.2018)