Crowdfunding for dams — why Pakistani PM Khan′s drive is not feasible | Asia | An in-depth look at news from across the continent | DW | 26.09.2018

Crowdfunding for dams — why Pakistani PM Khan's drive is not feasible

Pakistan's new government, headed by PM Imran Khan, is urging the expat community to donate generously to a dam fund. But the crowdfunding drive has so far attracted more criticism than donations. Haroon Janjua reports. 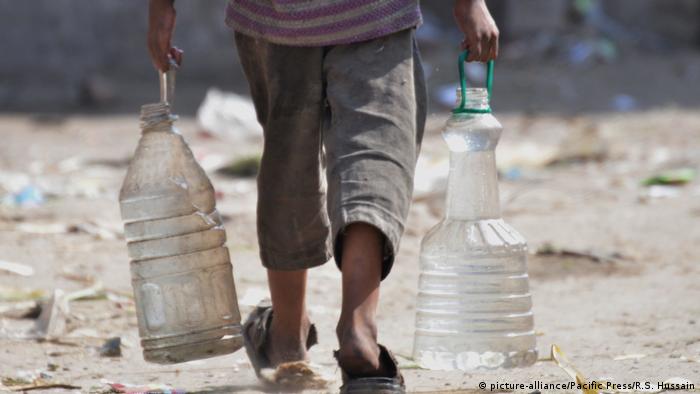 The construction of two dams has become a major policy priority for the new Pakistani government, headed by Prime Minister Imran Khan. The fact was evident from Foreign Minister Shah Mehmood Qureshi's engagements in the United States, which he is currently visiting.

On Tuesday, Qureshi, who is due to speak at the UN General Assembly on September 29 and meet with US Secretary of State Mike Pompeo on October 2, urged the Pakistani diaspora in the US to donate generously to the government's fund for the construction of dams.

In 2016, the Pakistan Council of Research in Water Resources (PCRWR) warned that the country may run dry by 2025 if the authorities didn't take immediate action. It said the majority-Muslim country touched the "water stress line" in 1990 and crossed the "water scarcity line" in 2005.

If this situation persists, Pakistan is likely to face an acute water shortage or a drought-like situation in the near future, predicted the PCRWR, which is affiliated with the South Asian country's Ministry of Science and Technology.

But PM Khan's proposal to deal with the problem has come under severe criticism, with many experts expressing their dissatisfaction with the new premier's governance style.

"Building a dam through crowdfunding is highly questionable if not wholly feasible. The Pakistani diaspora, especially in the West, is quite affluent, and in many cases sympathetic to the new ruling party, but that doesn't mean a critical mass of the diaspora will want to or be able to donate," Michael Kugelman, a senior associate for South and Southeast Asia at the Washington-based Woodrow Wilson Center for Scholars, told DW.

"The government, by turning to the diaspora, also suggests, even if indirectly, that the country and the government need not take ownership over financing such a large enterprise. Of course, the government clearly intends to draw funding from other sources, too. There's also a political advantage to be derived from mobilizing the country to build a high-visibility project like a dam," Kugelman added. 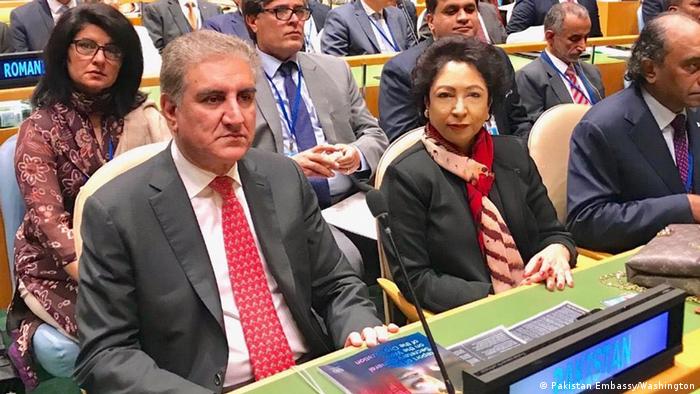 A lack of seriousness?

Earlier this month, Khan urged more than 9 million overseas Pakistanis to contribute to the dam fund. The campaign, which was initially launched by the Supreme Court's Chief Justice Saqib Nisar in July, has so far received only $30 million (€25.5 million) in donations.

Chief Justice Nisar recently warned dam critics that they could be charged with high treason for opposing the water project. Pakistan's media regulatory authority also issued a notification to TV channels that they must not criticize the dam funding drive.

The main issue, however, is that Pakistan does not have the financial resources to build dams. The South Asian country is in a desperate need for a bailout.

The new government has launched an austerity drive to avoid a $12 billion bailout from the International Monetary Fund (IMF). The country's foreign currency reserves currently stand at just $10 billion.

"The government is focusing on dams as they are crucial to deal with our water crisis," Malik Amin Aslam, the PM's adviser on climate change, told DW.

"The crowdfunding drive shows how serious the incumbent government is in addressing the water crisis. Obviously, we'll also be exploring other avenues," Aslam added.

Too costly and not effective

A study by the World Commission on Dams found that large dams are not financially feasible. Many economic experts are of the view that Pakistan does not need mega dams to deal with its water shortage.

"Dams are not essential to addressing Pakistan's water problems. The government needs to balance the cost and benefits of big dams and should also look for other alternatives," Daanish Mustafa, a researcher in politics and environment at King's College, London, told DW.

"Also, dams cannot be financed by crowdsourcing due to technical and financial challenges," he added.

In 2006, the cost of the proposed Diamer-Bhasha dam was an estimated $12.6 billion. Experts say the project would now require at least $16 billion.

The other proposed dam will cost at least $2.5 billion and has been under construction since 2012. It is partly funded by the French government. The work on Diamer-Bhasha, which is proposed to be constructed on the Indus river in the northern Gilgit-Baltistan region bordering China, has not started yet.

"I am skeptical about the feasibility of these dams," Khurram Husain, an economist, told DW, adding that huge funds, including international financing, are needed to complete such projects.

But Sartaj Aziz, the foreign policy adviser to ex-PM Nawaz Sharif, told DW that irrespective of the success of the drive, it is important to create awareness about the water issue.

Imaduddin Ahmed, a London-based infrastructure investment professional, believes there are other effective ways to tackle the water crisis than constructing dams.

"W need to stop India from diverting our water and violating the 1960 Indus Water Treaty. We also need to reduce water wastage by modifying our agricultural practices," Ahmed told DW.

Experts also say that instead of building new dams, the government should repair water reservoirs so that Pakistan's existing water resources can be better managed.

According to Pakistan's Water and Power Development Authority, the Diamer-Bhasha dam is expected to displace more than 4,200 families in the adjoining areas and could submerge a large portion of the Karakoram Highway to China.

"I do not understand why the government would risk the entire Pakistani irrigation infrastructure along the Indus river to build the Diamer-Basha dam," said King's College expert Mustafa.

Lack of water makes life tough for kids in Kabul