Pakistan is holding its first census in nearly two decades amid tight security. The process is crucial for redrawing the political map of a country grappling with a weak economy and bitter divisions over resources. 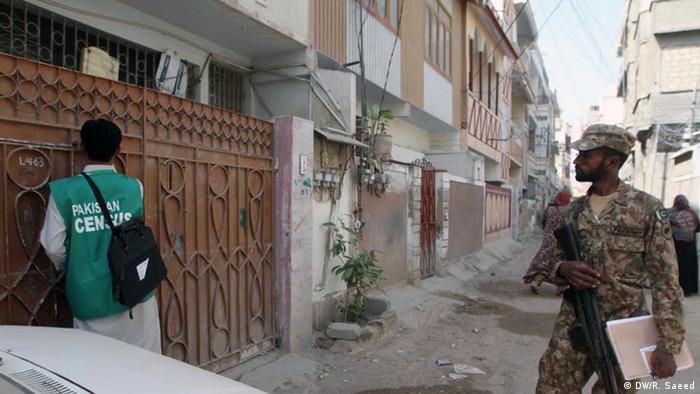 Pakistan's previous national population census was held in 1998, after being delayed for seven years. Now, after 19 years, the South Asian country is holding its sixth census since its independence from British rule in 1947. The authorities attribute the delays to a lack of funding and administrative inefficiencies, but the real reasons are far more complicated.

A proper census would mean a redistribution of resources among the country's four provinces and the tribal regions governed by Islamabad. Since Pakistan's independence, the smaller provinces - Balochistan, Khyber Pakhtunkhwa and Sindh - have complained of not getting their rightful share as the most populous province, Punjab, has dominated the economic and political spheres.

A new census could initiate a reorganization of electoral constituencies, the redistribution of wealth among the provinces, districts and cities, as well as greater autonomy for the politically marginalized ethnic communities.

Also, the 2017 census will shed light on the state of religious and ethnic minorities that have faced discrimination from the government for the past few decades.

The first phase of the census - a weeks-long process - kicked off on March 15 and will end on April 15, whereas the second will last from April 25 to May 25. The final results are expected by the end of July.

According to the local English newspaper "Dawn," around 118,000 "enumerators" in 63 districts began the 70-day data-gathering campaign on Wednesday, March 15, amid tight security.

"The security officials, including 200,000 military personnel, will be present to protect census teams but also to ensure households can enter data without being intimidated," said Dawn.

"It's a very hectic process, but we are ready for it," Nadeem Ehsan, a census official in the northwestern city of Peshawar, told the AFP news agency. "We had some reservations about security initially, but we were assured about it by the government," he added.

While Bangladesh and India have held regular censuses every ten years for many decades, Pakistan's failure, or a lack of will to do the same, has pushed the Islamic country into a deep administrative crisis.

The census is crucial for a judicious distribution of resources, tax collection, representation in parliament, electoral processes, and dealing with governance issues - including growing urbanization and evaluation of resources for infrastructure development. All of this has been arbitrarily or inaccurately done in Pakistan since the last population census in 1998. Experts say this has resulted in a chaotic situation in the country with numerous conflicts surfacing and taking root. 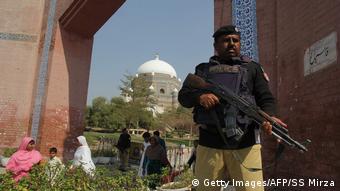 Urbanization is also having an effect on Pakistan's volatile security situation

For example, experts believe that urbanization is posing a great challenge to the country, and without a census, policymakers cannot tackle the issue. According to the 1998 census, the majority of people in Pakistan live in the countryside, with only one-third of the country's estimated 188 million inhabitants currently residing in cities.

But things have changed rapidly in Pakistan, with urbanization increasing at an annual rate of 3 percent - the fastest pace in South Asia. The United Nations Population Division estimates that by 2025 nearly half the country's population will live in urban areas.

Urbanization is also having an effect on Pakistan's volatile security situation, says Michael Kugelman, an expert at the Washington-based Woodrow Wilson Center for Scholars.

"Among those migrating to cities from rural areas are militants displaced by fighting and military offensives in the tribal areas. Cities like Peshawar - site of the horrific school massacre on December 16, 2014 - and Karachi - where an airport was attacked earlier that year - have had a rapid growth of Pakistani Taliban entrants, and both cities have suffered attacks by the group in recent months," Kugelman told DW in an interview.

"Another issue is land conflict. Much of Karachi's urban violence can be attributed to battles for precious land (often seized for speculative purposes). With more people in the city, there will be more people scrambling for less land. As land becomes more precious, the stakes will be higher and hence battles for the land could become bloodier," the expert added.

A major concern about the 2017 census raised by Sindh, Balochistan and Khyber Pakhtunkhwa is related to internal migration. It is also unclear how the government aims to tackle the issue of internally displaced tribal people (IDPs). Will IDPs be counted in their native areas or where they are living at present?

The ongoing military operations in the tribal areas have triggered massive migration from these regions to the cities. The authorities say that among them are also Afghan militants, whom some political parties want to exclude from the ongoing census. 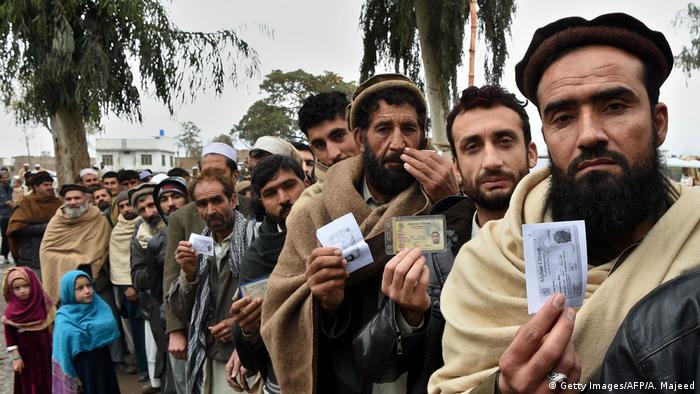 Millions of Afghans have poured into Pakistan since the 1980s due to a protracted conflict in their country. The second generation of these Afghan migrants has been born and brought up in Pakistan and possesses the country's national identity cards. Islamabad is in the process of repatriating these people to Afghanistan, but it is unclear how the 2017 census will determine their status.

The dispute over Afghan immigrants relates as much to the security issue as to demographic politics. Millions of Afghans have settled in Pakistani cities, such as Peshawar, Quetta and Karachi. That has changed the demography of these areas. While the Pashtun-speaking political parties and religious groups support Afghan immigrants, many mainstream groups want them deported to increase their political influence in these cities.

Last week, the Muttahida Quami Movement (MQM), a Karachi-based political party, demanded in parliament that all Afghan immigrants living in Pakistan be deported to Afghanistan before the census.

The MQM parliamentarians said in their resolution that there are some 2.5 million Afghan immigrants living in the country who have become a "burden on Pakistan's economy." They also said that the immigrants pose a risk to Pakistan's security.

"In the past few decades, millions of people have migrated to Pakistan from Afghanistan as well as Bangladesh. This has overburdened our cities and changed their demography," Mazhar Abbas, a senior Pakistani journalist, told DW.

Is a free and fair census even possible? 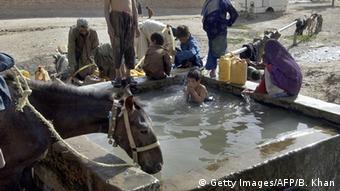 Rapid population growth could exacerbate a range of problems in Pakistan

Experts worry that the rapidly expanding population could exacerbate a range of problems in Pakistan. The South Asian country has to deal with huge population increases, whereas its water resources and housing are already hard pressed. Experts say that the working age population will increase by 70 million in the next 20 years, which seems almost unmanageable for authorities.

It is hard to imagine how Pakistan can address its daunting development challenges from education to electricity generation, as well as solve its numerous political conflicts and militancy, if it continues to pay scant attention to the crucial issue of population growth.

The 2017 census can at least provide the necessary statistics with which the authorities can begin to address these problems. But the clash of political interests among provinces and different ethnicities, as well as the corruption in government departments and ministries would hardly allow a fair population census in the country. Experts say the census counting is likely to be manipulated to suit the interests of Pakistan's powerful groups - both civilian and military – and will continue to impede the progress of the country.