Mediators from around the world have joined the search for a solution to the crisis in South Sudan. DW examines their motives. 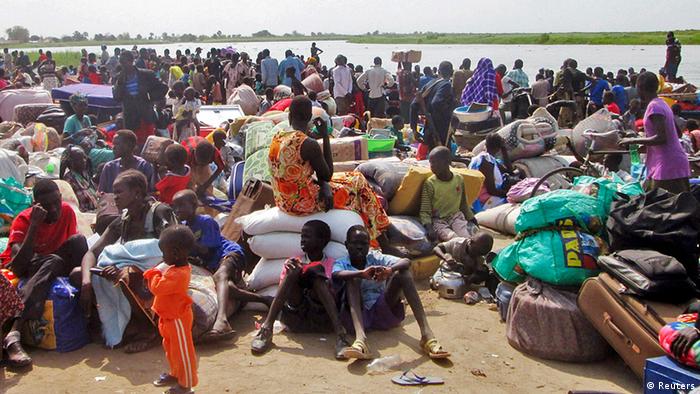 South Sudan is the world's youngest country and one of the poorest. Internationally, it has up to now attracted little attention. But the present crisis has plunged it into the spotlight of mediators and diplomats worldwide. Among those in the forefront are several states which had previously played a subordinate role in international diplomacy.

Omar al-Bashir, President of the Republic of Sudan, fought many bloody battles against the party that now rules in South Sudan, the Sudan People's Liberation Movement (SPLM). The conflict continued after South Sudan became independent in 2011. Disputes over oil fields and the precise location of the border continue. However Bashir (who has been indicted by the International Criminal Court (ICC) for war crimes) is not responsible for the present crisis in South Sudan, says Annette Weber of the German Institute for International Security Affairs. 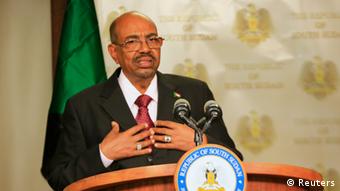 President Bashir could play a constructive role in mediation talks

Bashir, who arrived in the South Sudanese capital Juba on Monday (06.01.2014) for mediation talks, could play a constructive role, Weber believes, as "Sudan has an interest in a stable regime in the south." Bashir needs a partner to finalise unresolved border issues and, above all, to restart the flow of oil from the south, Weber says. The transport of oil through Sudanese pipelines and the resale of the oil is an important source of revenue for Bashir's regime.

Despite the bloody past, Bashir maintains good relations with both conflict parties in South Sudan. Former Vice-President Riek Machar and Bashir were once close allies when, in the 1990s, Machar led a splinter group of the SPLM in internal battles against, among others, President Salva Kiir. Bashir is also believed to be on good terms with Kiir.

Unlike Sudan and most of South Sudan's neighbors, Uganda under President Yoweri Museveni has come out clearly on one side. It is providing massive support for government troops under President Kiir. Ugandan security forces are in control of the international airport at Juba. Photos also show Ugandan troops transporting heavy weaponry to South Sudan.

"Relations between Museveni and Kiir stem from a time when both were rebel fighters," says Daniel Large, Professor at the Central European University in Budapest and director of the research project "Sudan Open Archive." 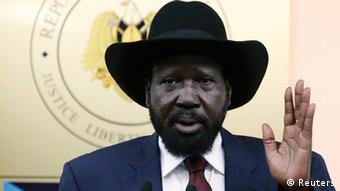 After Museveni seized power in Uganda in 1986, he provided considerable support for the SPLM in their fight against the government in Sudan. Since South Sudan's independence, the military of both countries have worked together, for example in fighting the "Lord's Resistance Army" militia.

Museveni has drawn criticism for his military involvement in the present crisis. "While on the one hand international mediators are energetically trying to convince the conflict parties of the necessity of a negotiated solution, Museveni is encouraging Kiir in his military action," Casie Copeland of the International Crisis Group (ICG) told DW.

Non-interference in internal conflicts is one of the primary principles of Chinese foreign policy. However Beijing is showing an unusually strong interest in events in South Sudan, observes Daniel Large. Chinese foreign minister Wang Yi, who is currently in Addis Ababa, has called on both sides to accept an immediate ceasefire, adding that he was ready to mediate between them. 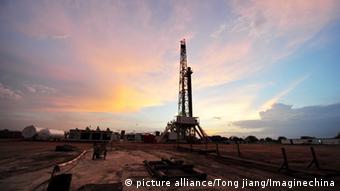 Oil is the main reason for China's interest in South Sudan

China's great interest in South Sudan can only partly be explained by the country's oil, of which China is the largest purchaser. According to Professor Large, the significance of South Sudanese oil for China has been diminishing. The country had proved to be an unreliable supplier and a risky location for China's state-owned oil giant CNPC. The fate of Chinese oil workers, who had to be evacuated in December after the fighting began, was followed closely by their compatriots. This, says Large, is an important reason for the Chinese leadership's decision to get involved.

In the years preceding South Sudan's independence, the Chinese Communist Party established close relations with the SPLM. Good personal contacts exist with, among others, Vice-President Machar, and ex-SPLM Secretary General Pagan Amum, who is also allied with the rebels and is currently in prison in Juba. "China officially recognizes the legitimacy of Salva Kiir's government, but Beijing's personal ties to the rebels puts it in a special position," Large told DW.

Ethiopia currently chairs the East African "Intergovernmental Authority on Development" (IGAD) and in this capacity is leading the negotiations between Kiir's and Machar's delegates in Addis Ababa. Casie Copeland of the ICG points out that cooperation between the SPLM and Ethiopia goes back decades. However, unlike Uganda, Ethiopia's government is neutral in the present conflict and enjoys the trust of both sides. "It is a good sign that the talks are taking place in Addis Ababa," Copeland told DW.

Economic ties are also strong. Many thousands of Ethiopians moved to South Sudan in past years in search of work. Many of them found themselves caught up in the violence which is increasingly taking on the appearance of an ethnic conflict. 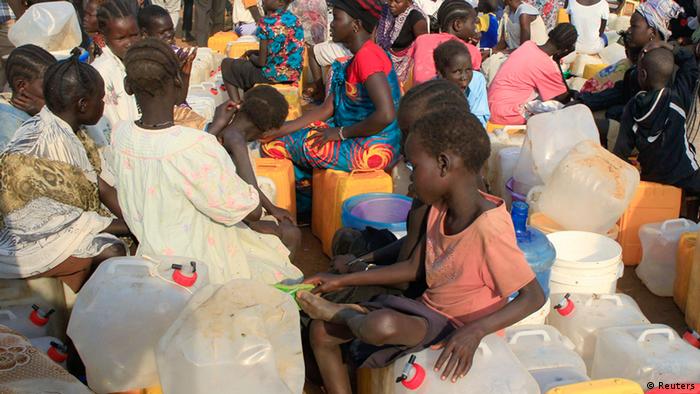 The world's chief superpower has remained largely in the background, apart from a few appeals to both sides. The US is, however, one of the most vocal supporters of South Sudanese independence. For the time being, it is leaving active mediation work largely to IGAD, Copeland says.

Like other western nations, the US does not question the legitimacy of Kiir's presidency, she told DW. However Washington is exerting pressure behind the scenes to try and persuade him to be prepared to compromise with the rebels so as to facilitate a peaceful solution to the crisis. US authority in South Sudan is based less on its economic and military might and more on 'moral considerations,' Copeland says. "Both conflict parties want to present themselves as legitimate and democratic. Recognition by the US plays a big role here."

Copeland considers unrealistic a threat of financial sanctions against South Sudan which is almost entirely dependent on foreign support. "That would hit above all the population which needs help more than ever."

Norway is regarded as one of the countries that assisted in the birth of South Sudan. The Norwegian development minister at the time, Hilde Johnson, was the main mediator of the "Comprehensive Peace Agreement " of 2005 which ended the civil war between Sudan and the SPLM. Since then Norway has supported the process of nation-building in South Sudan and is seen as a close advisor to the government in Juba. 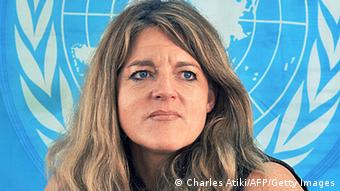 Johnson now heads the United Nations Military Mission in South Sudan. In the current crisis, Norway is not regarded as a partner that can be trusted as Johnson is seen as being too closely allied with President Kiir. She is also criticized for not acting earlier to try and prevent the political crisis which was seen to be unfolding. Also, the UNMISS troops work closely together with the South Sudanese army. "Johnson is offficially no longer a representative of Norway but of the UN," Daniel Large told DW. "But many South Sudanese do not make this distinction and regard Norway as biased."

For Sudan, 'what is important is that oil flows'

Sudan's President Omar al-Bashir arrived in South Sudan's capital Juba on Monday (06.01.14) for a day of talks on the country's three-week-old unrest, as peace negotiations got underway in neighbouring Ethiopia. (06.01.2014)

South Sudan's government and rebels have both claimed that they have finally started peace talks. The talks, held in Ethiopia, are aimed at brokering a ceasefire to end the violence that has rocked the fledgling nation. (07.01.2014)

South Sudan: "Only so much the international community can do"

South Sudan's warring parties have begun indirect talks at a hotel in Addis Ababa to end nearly three weeks of raging conflict which has left thousands feared dead and taken the nation to the brink of civil war. (03.01.2014)