As Ukraine signs an economic agreement with the EU, new statistics show a tough time ahead. German companies fear it may face a recession - and have cut back investments. 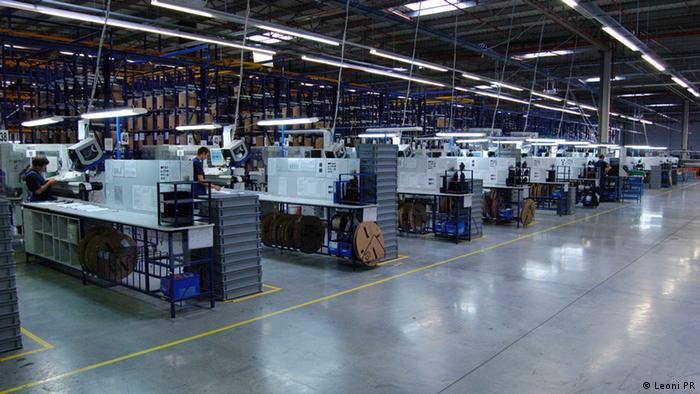 German trade with Ukraine and Russia has slumped in the wake of the Ukraine crisis, statistics released Friday showed.

Some 45 percent said there had been a general slowdown in economic activity, while one quarter said they had increasing problems finding financing. One-fifth reported growing protectionism.

"This crisis is bad for the economy in Russia and Ukraine," OA Chairman Eckhard Cordes said in Berlin. "The longer it lasts, the greater the risk of infection for the surrounding economies and for Germany."

This negative trend is confirmed by the OA's latest trade figures for January to April 2014 - the period covering the EuroMaidan protests on Kyiv's Independence Square, the overthrow of President Viktor Yanukovych, the Russian invasion and annexation of Crimea, and armed pro-Russian separatist movements in Ukraine's east.

German exports to Ukraine declined 31 percent compared to the previous year - with a drop in export volume of over 500 million euros. Even more serious in absolute terms is the decline in exports to Russia, which fell by 14 percent, or around 1.7 billion euros, over the same period.

German companies believe Russia faces tougher times ahead. Some 53 percent expected Russia to enter a recession in the next 12 months. In the January 2014 survey, that figure was only 14 percent.

Despite Ukraine's agreement to a comprehensive free-trade association deal with the EU, its figures are even more dramatic, with 55 percent believing Ukraine faces a severe recession, with another 22 percent predicting at least a mild recession. Only 9 percent still see a chance for slight growth in the year ahead.

Accordingly, 22 percent said they had frozen investments in Russia totaling 83 million euros. This suggests that a majority of planned investments have been shelved - only 38 percent had said at the beginning of the year that they intended to make new investments. Ukraine faced an investment shortfall of 55 million euros.

The respondents expressed reluctance to use economic sanctions against Russia to resolve the Ukraine crisis, with only 9 percent in favor of using them in response to its actions in Crimea. Some 47 percent of respondents said they would accept economic sanctions only as a last resort, while 44 percent said sanctions were inappropriate.

European Union leaders have decided to delay imposing further sanctions on Russia over its alleged actions in Ukraine. However, they have also prepared fresh sanctions so that they could be imposed at short notice. (27.06.2014)

Kerry: Russia must prove 'in the next hours' working to de-escalate Ukraine crisis

US Secretary of State Kerry has said Moscow must prove "in the next hours" it is actively working to convince separatists in eastern Ukraine to disarm. A failure to act, he said, would will mean more sanctions. (26.06.2014)

Moscow hasn't upheld its promises to calm tensions in Ukraine, NATO has said. The West is watching Russian President Putin closely this week, as Ukraine struggles to combat separatists who have violated a ceasefire. (25.06.2014)