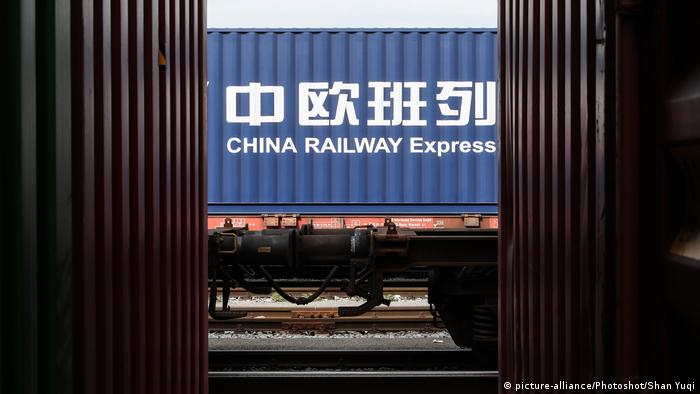 The Australian government may have only halted a couple of small joint-infrastructure projects with China, but the response from Beijing to the decision was one of rage and threats. The Chinese Embassy in Canberra has called the halt "unreasonable and provocative" and vowed revenge.

Canberra stepped in last year to pass a law that allows the federal government to overrule agreements made by Australian states with foreign countries. The decision followed deals signed by the state of Victoria in 2018 and 2019 to cooperate with China's Belt and Road Initiative (BRI) — often dubbed the New Silk Road — a massive infrastructure plan that aims to smooth trade links with dozens of countries.

Foreign Minister Marise Payne said the deals were incompatible with Australia's foreign policy and were not legally binding. The cancellation could also mean an end to further Sino-Australian cooperation in the fields of industrial production, biotechnology and agriculture.

Loss of face for China

Heribert Dieter, from the German Institute for International and Security Affairs (SWP), thinks that the cancellation is an "extremely difficult loss of face" for China. He said Australia's relations with Beijing had "been bad for two or three years and are getting worse."

China has imposed tariffs on Australian exports after Canberra's criticism of Beijing's more aggressive foreign policy. The Australian government has led calls for a full investigation into the origins of the coronavirus pandemic and was the first Western country to ban Huawei from its 5G network.

Dieter told DW that the Australian government's decision could prompt delays or pullouts by other countries involved in the BRI. The initiative has already lost momentum recently, partly as a result of the COVID-19 pandemic, which has left many of China's other partners facing economic ruin — mainly poor Asian and African countries.

"The pandemic is extremely inconvenient for China. Many countries are experiencing great economic troubles," Dieter said, giving the example of BRI partner Pakistan, which has already requested relief on Chinese loans made to finance new power projects.

"China will either have to extend the terms of loans or generally put projects on the back burner for the time being," Dieter said.

Little is known about the fine print in most of China's loan agreements with BRI partner countries. Researchers from the Kiel Institute for the World Economy (IfW) and Georgetown University in the US evaluated 100 BRI loan agreements and published them in a study entitled How China Lends. The study confirmed what critics have long suspected.

"First, the Chinese contracts contain unusual confidentiality clauses that prohibit borrowers from disclosing the terms or even the existence of the debt," the study authors wrote. "The Chinese lenders also secured an advantage over other creditors by excluding BRI debts from being included in debt relief" coordinated by the Paris Club, a group of officials from major creditor nations who help countries in financial difficulty.

The study also found that the "cancellation, acceleration and stabilization clauses in Chinese contracts potentially allow the lenders to influence the debtors' domestic and foreign policies."

Dieter calls these contractual clauses "scandalous" because they are not, as China's government claims, private loan agreements that do not need to be disclosed. Even if, on the Chinese side, they are [made by] private actors in name, they are state-backed actors."

Opaque contracts have become the standard for the BRI, Dieter said, and "corruption" has also helped conclude several deals. He gave the example of Montenegro, "where they built an absurdly expensive highway, probably as a result of graft within previous governments."

Fears of a chain reaction

Australia could be the canary in the coal mine for the world's increasing unwillingness to be bullied by China. A marked increase has been noticed in the willingness of Indo-Pacific countries to build alliances against China, Dieter said, giving the example of the new military collaboration between Australia, India, Japan and the United States.

"It would be a severe blow to the Chinese narrative to find that not only Australia, which is comparatively small in terms of population, but also larger players are saying goodbye to the Belt and Road Initiative and thus to the prospect of closer cooperation with the People's Republic of China," Dieter said. 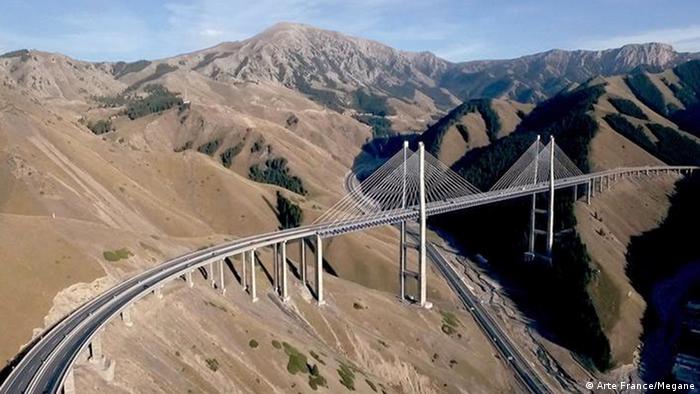 The European Union, too, is showing signs of a change of heart about China's ambitions. EU states that used to be rather friendly to China, such as Italy, are increasingly backing a return of closer ties between Europe and the US, Mikko Huotari, the director of the MERICS China think tank in Berlin, told DW.

"There is already a danger that the German government, in the last few months of Merkel's chancellorship, will remain wedded to a course in its China policy that fails to recognize that the wind has also changed in many other EU member states," Huotari said.

That assessment is shared by Dieter, who said Germany's government was the "biggest obstacle to the development of a common China policy among Western industrialized countries." He said the government had also sent the wrong signal by pushing through the EU-China Comprehensive Agreement on Investment, which is meant to bind Beijing to open up its economy.

Though criticism of China is now very strong in almost all European capitals, Berlin is only "tapping the brake," Dieter said.