A recent coronavirus outbreak at the Chinese port of Yantian is set to cause a bigger disruption than the Suez Canal blockage in March. The subsequent shortages could spike already rising inflation. 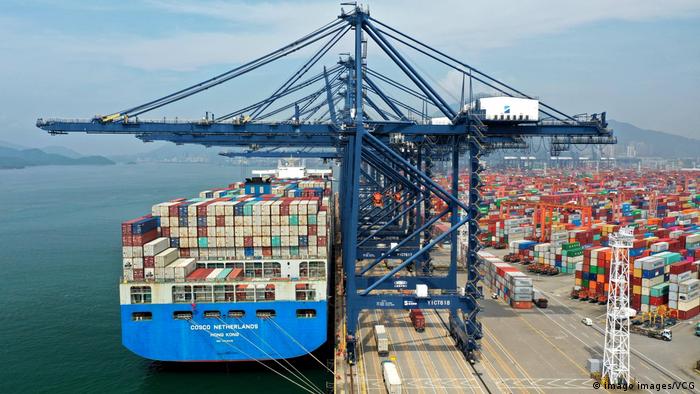 Up to 5% of global freight capacity is being held up in China following a recent COVID-19 outbreak at the country's largest container terminal, a German think tank warned this week.

The bottleneck comes as the global economy is already smarting from major delays to shipping caused by coronavirus lockdowns around the world.

New data from the Kiel Institute for the World Economy (IfW) published Tuesday showed the strain the new backlog could have on the global economy.

It comes at a time of shortages of key commodities and surging demand which have sent inflation racing higher.

IfW researchers found that current shipping delays around China's Pearl River Delta region have reached a similar level to August 2020 when the Asian powerhouse had only just restarted its economy after a strict lockdown.

They warned that the effects of the delays can already be witnessed near the Suez Canal — the critical chokepoint for world trade  — where 10% fewer container ships are operating than expected.

Suez Canal is a 120-mile-long (193-kilometer-long) manmade passage through Egypt that connects the Red Sea to the Mediterranean and is the shortest maritime route from Europe to Asia.

The Kiel institute's team warned the latest delays could have a huge impact on trade between Asia and Europe over the summer.

Although operations have now resumed at Yantian, Maersk, the world's biggest shipping company, last week warned that it would take several weeks to clear the backlog.

"It was already hard to find containers before, and the situation is even scarier now," Alfred Wong, CEO of D&S Products Manufactory, which produces goods in Shenzhen, told AFP news agency. 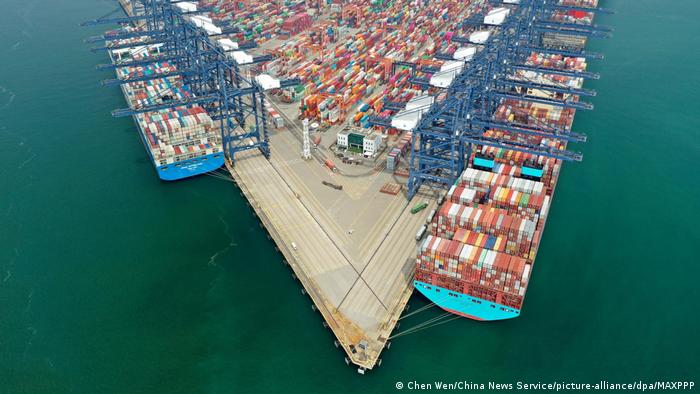 Patrik Berglund, Chief Executive of Xeneta, an ocean freight rate benchmarking firm headquartered in Oslo, said the impact of the Yantian bottleneck will likely be bigger than the Suez blockage.

In March, a huge container ship got stranded in the Egyptian waterway, leaving nearly 600 other ships stranded for 6 days at an estimated cost of $9.6 billion (€8.1 billion) to the global economy.

Berglund added that some exporters are now "turning to trucks to send their cargo from China to Europe."

Even as congestion at Yantian begins to ease, traffic at the Shenzhen port of Shekou and the main Guangzhou port of Nansha remains high, shipping experts say.

Meanwhile, charter rates for container ships around the world remain at record levels.

Many vessels and containers have been stranded in the wrong locations following earlier COVID-related disruption, leading to shortages where containers are most needed.

China's export woes are being further exacerbated by other COVID outbreaks, like in the major manufacturing hub of Dongguan, which this week forced entire communities to quarantine.

Although factories in Dongguan are still running, concerns are rising about the arrival of the Delta variant of COVID-19 into China. The high transmissible variant, first identified in India, has dominated infections in the latest upsurge in the country's most populous Guangdong province.

That's led Germany's industrial sector to complain about a shortage of raw materials and intermediate products needed to fuel the country's economic rebound. The competition with China and the United States for key commodities has already contributed to a spike in inflation.

German companies say although they are sitting on bulging order books, they are unable to fulfill them.

The IfW researchers have estimated that shipping bottlenecks have already cost the German economy €25 billion ($29.7 billion) in 2021, adding that they expected German economic output to be "lower by about 1% in the second quarter."

The report forecast that German industrial production will grow as high as 10% as soon as the delays are resolved, due to strong demand and the existing backlog of orders.

Germans are finding it hard to lay their hands on a new bike or renovate their homes amid supply disruptions. The scarcity is playing havoc with personal budgets, and the ordeal for consumers may just be getting started.