The inflation data — some of the most anticipated in years — adds pressure on the Federal Reserve to tighten the money taps faster than planned. However, the US central bank may choose to look through the rise for now. 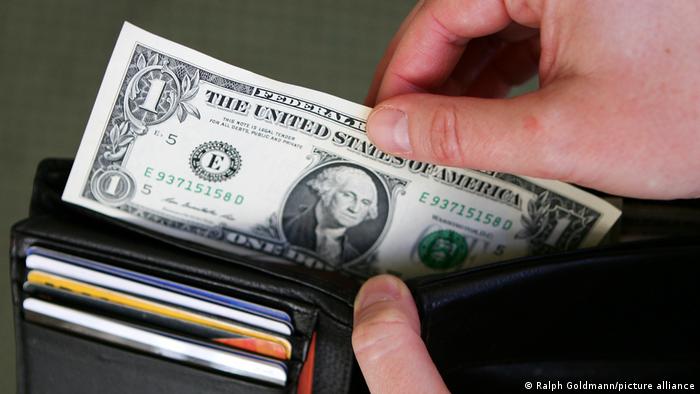 Inflation in the US climbed in May at its fastest pace in nearly three decades as the economy continued to roar back from a pandemic-induced recession, oil prices rose to pre-pandemic levels and supply chain disruptions drove up prices.

Consumer prices rose 5% in May from a year ago, the sharpest annual increase since 2008. Analysts were expecting a rise of 4.7%. Core inflation, which strips out volatile food and energy prices, accelerated by 3.8% — the highest since 1992.

The inflation data, which has blown past the Federal Reserve's 2% target, has stoked concerns of the economy overheating, which would force the central bank to taper its bond purchases and raise interest rates sooner than planned.

Why is US inflation rising?

The US economy has seen a remarkable turnaround since witnessing its worst-ever plunge in the second quarter of 2020. The vaccine-fueled recovery has coincided with the unleashing of pent-up demand.

US residents sitting on piles of forced savings have gone on a spending spree, eating out and embarking on vacations — a sudden jump in demand that recession-battered businesses are struggling to meet. This has led to a situation where too many dollars are chasing too few goods, leading to an increase in prices.

Supply chain bottlenecks caused by the pandemic such as a shortage of semiconductors and shipping containers and higher commodity prices are also pushing up prices.

The base effect was a major factor behind the acceleration in May. At this time last year, consumer prices fell sharply, driven by a record slump in energy prices as the first wave of the coronavirus brought the US economy to a virtual standstill. The prices have since recovered to pre-pandemic levels, pushing up the inflation rate.

Despite employment remaining well below pre-pandemic levels, companies, especially those in low-wage industries, are struggling to hire workers as virus fears, unemployment benefits and limited child care facilities keep many away from the job market. Companies are doling out higher wages to attract workers.

Wage growth contributes to inflation as pay hikes are said to prompt firms to raise the prices of their goods and services as they look to guard their profit margins. 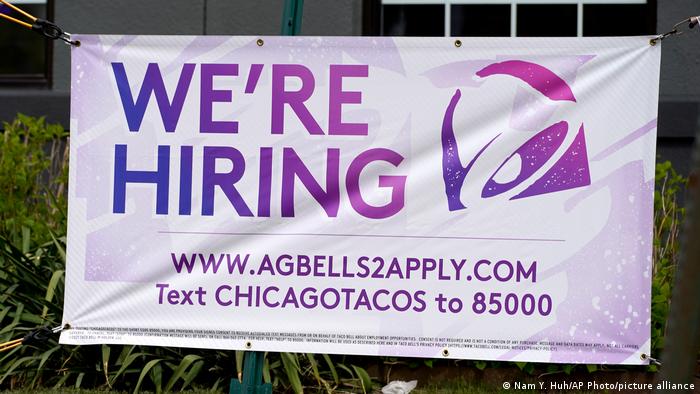 US businesses are struggling to hire workers

What will the Fed Reserve do?

The Federal Reserve, which has the mandate to ensure price stability and push toward full employment, is likely to look through the rise, for now, reiterating that most factors driving up prices are transitory and are likely to fade away once the economy normalizes, businesses return to full capacity and supply chain issues are resolved.

The central bank has held interest rates near zero and has been buying bonds at a rate of $120 billion (€98.6 billion) a month since March last year to keep borrowing costs at record lows and help stimulate the pandemic-hit economy. Any premature tightening of the monetary policy could jeopardize the economic recovery

The US job market has yet to fully recover with employment more than 7 million below its pre-pandemic high. The US economy added fewer-than-expected jobs in April and May. The Fed has said it would wait to see substantial progress in the job market before thinking of sucking out excess cash from the economy.

The central bank has said it's prepared to tolerate inflation climbing up slightly. This is in line with its policy shift towards targeting an average inflation rate of 2% over time, which means the current higher rate of inflation would only compensate for the recent low levels of inflation.

How is the inflation situation in the EU?

The European Union has also seen a sharp rise in inflation over the past months, but inflation concerns in the bloc are not as high as they are in the US.

The US has pumped in much more cash into the economy than the eurozone, adding to the inflationary pressures. The US economy is also seen recovering at a much faster pace thanks to a robust COVID-19 vaccination campaign.

In the eurozone, core inflation remains below 1%, giving some breathing space to the European Central Bank, which also has stressed that the factors driving up prices in the bloc are temporary in nature. The bank maintained its highly accommodative monetary policy on Thursday despite headline inflation for May technically breaching its "below but close to 2%" target.

The bloc is not experiencing the kind of shortage of labor that's holding back the US economic recovery. The job market in the EU remains under pressure with millions still on government job retention schemes or underemployed or out of job, which means that wage growth remains subdued.