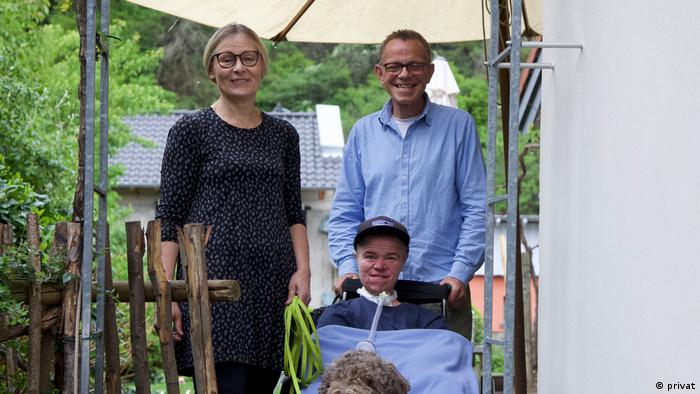 Benni Overs has to wait for 20 minutes after his shot. How is his body going to react to the COVID-19 vaccine? Will there be complications? So far, so good.

Benni's parents, Klaus and Connie, push his wheelchair to the car and drive back home for 30 minutes to the village of Niederbreitbach, where they live.

Benni Overs, who suffers from muscular atrophy, has just received his second dose of the vaccine. He's confined to a wheelchair and can only move his fingers. A tube in his neck transports oxygen to his lungs. A COVID infection would probably kill him.

That is why he has gone without therapy for months now. He hasn't had a visit from any caregivers, so he's gone without his usual lymph drainage, osteopathy, physiotherapy and breathing exercises. Instead, he and his parents have been living in isolation out of fear of infection.

The long road to vaccination

Getting the second dose of the COVID vaccine was like reaching the finish line of a marathon, Over's father, Klaus, told DW over the phone.

"We were relieved, but also completely exhausted," his father said.

That evening they made pizza, sat down together and took stock of the last few months.

"We didn't actually talk that much that evening. We were so totally exhausted from the weeks before that," Benni's father recalled.

The struggle to get a vaccination was long and hard. Benni's parents wrote to thousands of politicans, putting "a call for help" in the subject line. But no one could help them.

People living in care facilities were among the first to receive vaccinations in Germany, but people like Benni, critically ill, under the age of 60 and cared for at home, weren't in line for a vaccination plan.

The Overs made countless telephone calls, but to no avail.

They finally received an appointment when they turned to their state premier, Malu Dreyer, who is an muscular atrophy sufferer herself. 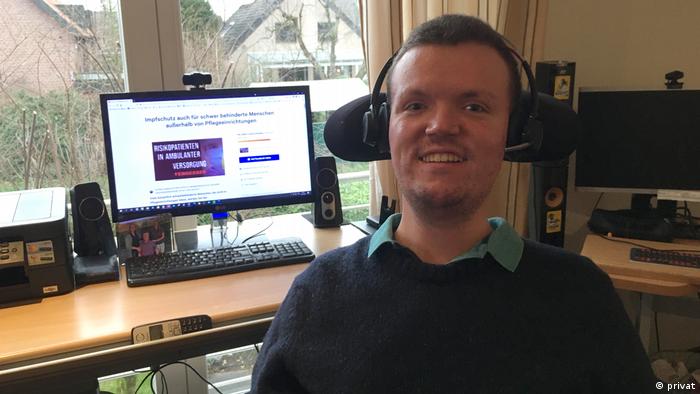 'There's a lack of awareness'

More than 3 million care-dependent people in Germany are looked after by family members and caregivers in their homes. Several hundred thousand of them are estimated to be under the age of 60, but also have a high-risk of death should they contract the coronavirus.

Christian Homburg, a technical product designer, is also fighting to get these people into the vaccination plan. Like Benni Overs, Homburg also suffers from muscular atrophy and needs a breathing tube and round-the-clock care. He lives on his own in an apartment, a 40 minute drive from the city of Münster.

The 24-year-old started a petition demanding vaccinations for the severely disabled like him. Society assumes most people who fall under this category live in a care home, Homburg told DW.

"They don't consider the fact that many actually live in their own apartment. And at the same time, people really like to talk about inclusion of disabled people to allow them to participate in society. But there's a lack of awareness of what that actually means," he said.

More than 60,000 people have signed Homburg's petition. And they've even had a victory: the German Health Ministry is working on a new vaccine regulation which, in the draft version, includes what is referred to as a "flexibility clause," which would facilitate case-by-case decisions.

But Homburg notes, it still wouldn't allow people to be moved up to group one, the highest priority group.

"So it might take some time to get the vaccination, with the current shortage in vaccine," he said. "But it doesn't look like we'll have to wait six months, like we'd have had to under the original vaccination plan." Until he's had the vaccine, Homburg says he will stay at home alone, without any visitors. 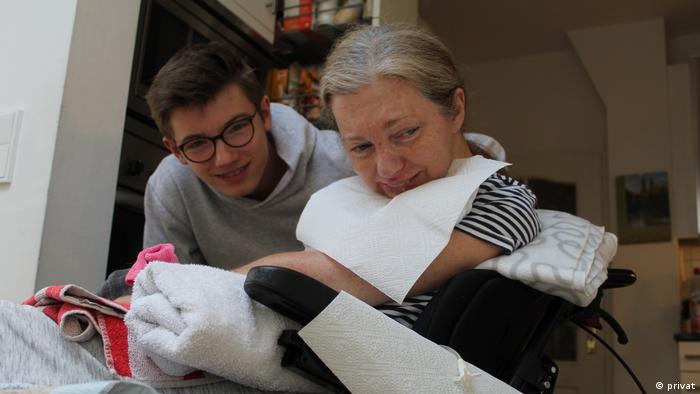 Norbert Kokott, a doctor in Berlin, says he'll live in fear until his wife has had the vaccine. His mother died of the coronavirus and he wants to spare his wife, Christine Weiler-Kokott, the same fate. She's completely paralyzed from the motor neuron disease, ALS.

"I've seen my wife struggle to overcome a harmless cold," he said. "That was sheer torture. COVID would surely suffocate her, that's the terrible thing about this illness."

It's a relief to get a faster appointment  for the vaccination after months of tension, said Kokott.

The family has taken on a large portion of his wife's care over the past months, in order to reduce contact with the outside world. Now he's hopeful she'll receive an appointment soon.

"My fear is that the decision-making structure won't be in place to really speed up the process and that the technical resources aren't available either for the extra number of vaccinations," he said.

Meanwhile, Benni Over can already leave the house without any fear of infection. First on his to-do list: an examination in the military hospital in nearby Koblenz. Over the past weeks, there was blood when a secretion was being suctioned from his trachea. Now he can have a check-up to determine the cause.

Starting next week, his different therapies are expected to resume at home, and with it, a little more normalcy in his family's life.

"We've decided we're going to keep fighting for cases like Benni's," his father said. "Because something fundamental needs to change. From my point of view, Germany has failed in dealing with its disabled citizens."

"Whoever isn't 'productive' is worthless," said a woman forced to abandon her studies when her disability could not be accommodated. When it comes to inclusion, German schools and universities have a long way to go.