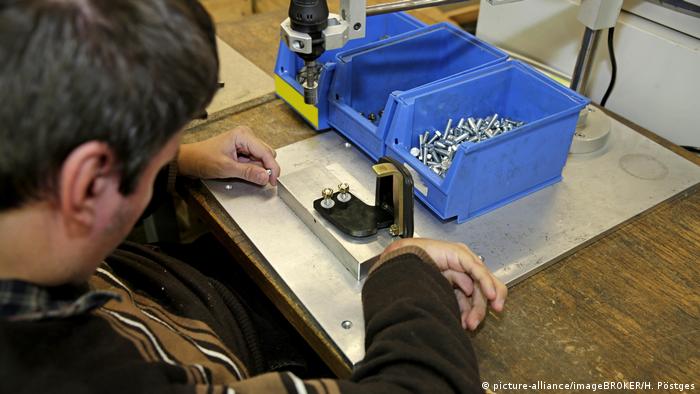 The German Cabinet met on Wednesday to discuss the removal of terms like "mentally perverted" and "weak in the mind" from the criminal code, where they are used to refer to disabled people

The government's commissioner for people with disabilities, Jürgen Dusel, welcomed the possible change, saying such terms were "stigmatizing, discriminatory and dehumanizing."

"People outside of legal and political circles often don't know that these terms exist in the criminal code," he added.

Since his appointment to the office in May 2018, he has petitioned to have the offensive terms changed, stressing the importance of this issue because "language shapes our thoughts and the way we think."

Chancellor Angela Merkel and her Cabinet are expected to approve the changes. The decision would then go to the German parliament for a vote. An official change to the legal language is expected within a few months.

Read more: Growing old with Down syndrome — how things have changed

The new terms should be more neutral and inclusive, the commissioner said.

"I have a motto: Democracy needs inclusion," he told DW. "The issue of disabled rights is really about democracy."

"I consulted with many disabled people in the discussions around these terms," the commissioner said.

Some 7.8 million people, or 9.4% of the German population, are severely disabled, the government estimated in 2018. The percentage rises to 25% in people aged 65 and above.