COVID vaccination: Germans struggling to get appointments | Germany | News and in-depth reporting from Berlin and beyond | DW | 11.01.2021

Vaccination for COVID-19 in Germany has been hampered by a shortage of doses. Many elderly people, who are supposed to be first in line, have experienced difficulties getting appointments. So tensions are on the rise. 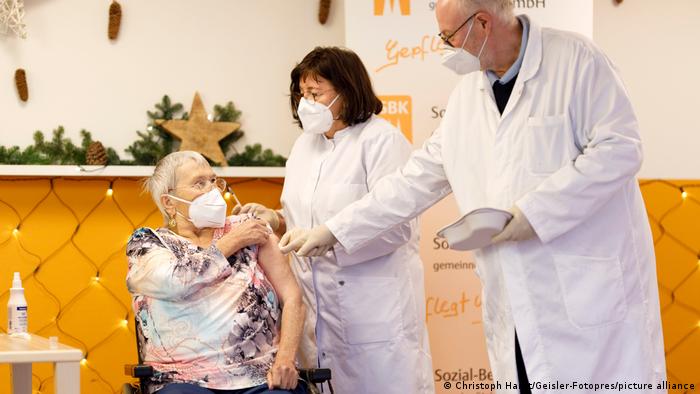 Many people are struggling to get appointments for their coronavirus vaccination

People hoping to be vaccinated against COVID-19 in Germany need one thing more than any other right now: patience — lots of patience.

A woman wrote on Facebook that she must have tried a hundred times to get through to the hotline. It was only after hours of persistence that she finally reached someone: "I set up a vaccination appointment for my mother, which will be next Friday," she wrote, adding a red exclamation mark and a thumbs up to her post.

But not everybody is so lucky. Many other social media users complain of spending days trying in vain to get through to the telephone hotline. Others talk about the disappointment of finally getting through to somebody — only to hear that no slots are available. 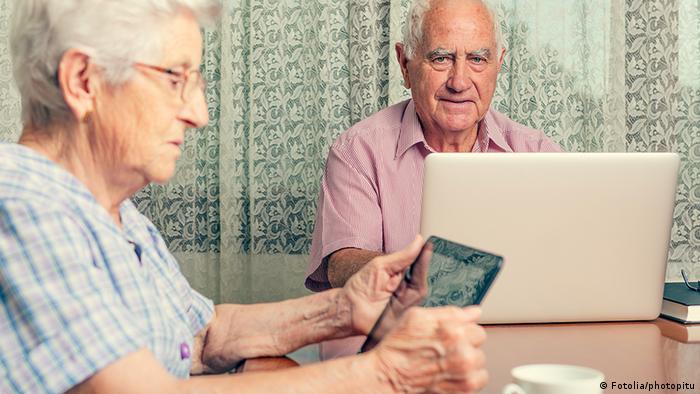 Germany's 5 million elderly above the age of 80 are the first to get the vaccine, but many of them have no experience in making online bookings

Around Germany, call centers staffed with around 1,100 personnel have been in operation since December 21. They were initially equipped to respond to up to 200,000 inquiries a week. However, it quickly became clear that the capacities needed to be boosted to 500,000 calls each week.

Online bookings appear to be more successful. But there are concerns that registration forms requiring the disclosure of personal details, as well as information concerning preexisting conditions and other medical issues, often have to be filled in without any assistance.

Alongside medical practitioners and care home staff, it is senior citizens aged over 80 who are supposed to be among the first to profit from the vaccine rollout. That is, in Germany, an age range that totals around 5.4 million people, a large proportion of whom neither own a computer nor have any experience in making online bookings.

In many instances, relatives step in to try to ensure that appointments can be made for family members who are in the greatest danger of picking up the virus and falling ill. 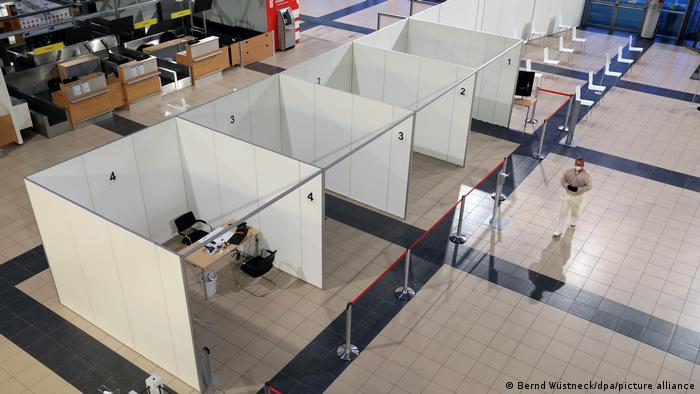 Not the same procedure everywhere

Just how quickly somebody gets an appointment — or not — can in large measure depend on where they live. Germany is a federal country, and protection against infections is one area that regional authorities in the 16 states are responsible for. They are also in charge of vaccination campaigns.

That explains why each state adopts its own approach, both in terms of the timetabling and organization of the measures they choose to adopt. The Robert Koch Institute in Berlin is among Germany's leading sources for information on how the pandemic is being tackled and its Website shows that four times as many people have already been inoculated in the northern state of Mecklenburg-Vorpommern as in Thuringia in the east or Baden-Württemberg in the southwest.

The authorities in the Baden-Württemberg state capital, Stuttgart, have shown little understanding of what they see as "vaccination tourism." Especially given that the agreed national policy is that contingents of vaccines will be divided fairly among Germany's states according to their relative population sizes. 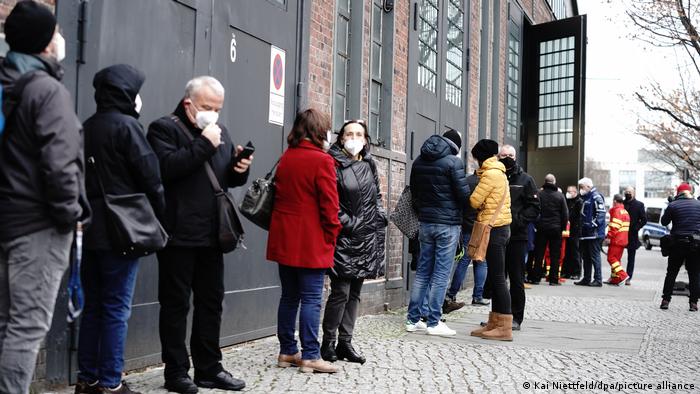 Berlin has started vaccinating medical personnel, who have been waiting at inoculation centers

Baden-Württemberg's health minister, Manne Lucha, expressed his irritation when he wrote to his counterpart in Rhineland-Palatinate: "If more appointments are allocated to people from other federal states that have adopted different strategies, it will lead to inequalities in the distribution of scarce vaccines."

North Rhine-Westphalia (NRW), the German state with the largest population, will vaccinate only doctors, nurses and other carers, as well as residents in elderly and care homes, through the end of January. People over 80 who are still living at home will not be vaccinated until February. And even then only those who have previously received a letter, in which — in the wording of the NRW Health Ministry website: "the procedure from the first appointment to second vaccination is mapped out."

Anybody who, for instance, might not be capable of making their way to a vaccination center without assistance will, "unfortunately, have to be patient."

A lot of people who no longer enjoy full mobility or are even confined to bed and are dependent on their relatives for care have also been turning to social media to ask how to organize vaccination. "I didn't find any relevant information in the registration form," wrote one internet user.

Her post shows that there are also family doctors who are not fully aware of exactly what the responsible authorities are planning. "Our family doctor was here today to visit my grandfather. He told us that the best thing to do would be to try the online registration," writes his granddaughter. "He said that some kind of mobile vaccination was being organized for people who are confined to bed." However, that is only, in fact, true for homes for the elderly and other care homes where there are significant numbers of people in one place — people who can therefore be treated with the sensitive vaccine produced by BioNTech-Pfizer.

Waiting for Moderna and AstraZeneca

Four federal states are currently planning to give the go-ahead for home vaccinations carried out by family doctors. This, however, depends on the availability of the Moderna vaccine, which is already being delivered ready for use, is easier to handle and can be stored in a regular refrigerator. The same applies to the compound developed by Oxford University and the pharmaceutical company AstraZeneca.

It is above all in rural areas that many elderly people are likely to view vaccination carried out by their family doctor as their most viable option, especially given the fact that the temporary centers set up across the country are mainly located in urban areas, often making it necessary to travel more than 40 kilometers. This can be onerous for senior citizens who no longer drive. Some regions are now providing shared taxis or shuttle bus services. Yet shared transportation also brings with it a heightened risk of infection.

Ensuring that Germany's elderly are protected against the coronavirus will, for some time to come, remain a formidable challenge for the authorities.