The public has been critical of the coronavirus vaccine rollout across Europe. Here's what people in several EU countries have to say about the COVID-19 vaccination campaign. 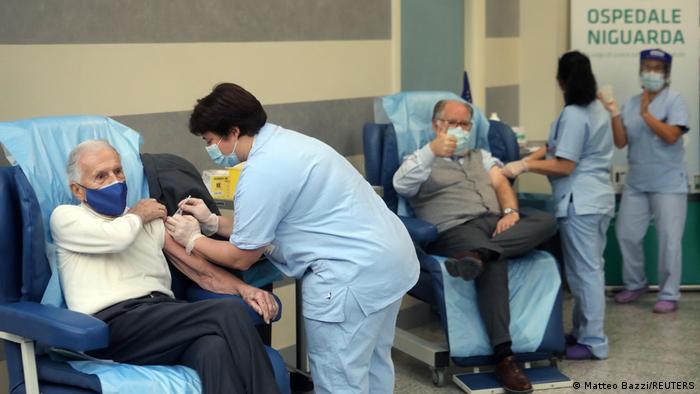 German Chancellor Angela Merkel is set to meet health officials later on Wednesday as her government looks to speed up the country's coronavirus vaccination scheme.

Ministers have come under fire from sections of Germany's media over accusations that it is taking too long to roll out jabs for those at most risk from the virus. Germany began its national immunization campaign on December 27. More than 300,000 people have received the vaccine. Most of them are nursing home residents and those aged 80 and older.

Under Germany's federal system, the country's 16 states are responsible for administering the jabs.

The Journal du Dimanche reported on Sunday that President Emmanuel Macron is furious with ministers over the slow rollout of the government's vaccination scheme.

Just a few thousand people received their jabs over the same period when Germany managed to vaccinate 300,000 people.

A cabinet meeting is set to be held later on Wednesday to discuss the crisis, but Health Minister Olivier Veran has vowed that France will catch up with its EU neighbors in the coming days. In Italy, too, the management of the vaccination campaign is causing domestic political turmoil.

Nearly 20,000 people have been vaccinated in the country, which has been particularly hard hit by the pandemic, since the end of December. Only Germany has administered more doses in the EU.

The Italian doctors' association Fnomceo, for example, is angry that the country's 60,000 medical professionals were not given a bigger role in coordinating the vaccination campaign.

Conte's predecessor, Matteo Renzi, also says progress on vaccinations has been too slow. He is already threatening to withdraw his party's support for the current governing alliance. If he carries out his threat, it would bring down the government and trigger fresh elections.

With a delay of almost two weeks compared to most of its European neighbors, the Netherlands was the last country in the EU to start its vaccination campaign with a nurse getting the first jab on Wednesday.

In the face of nationwide criticism, Prime Minister Mark Rutte was forced to concede that vaccination centers had not been adequately prepared to distribute the BioNtech-Pfizer vaccine. Instead, his government had hoped that EU regulators would approve the jab made by the University of Oxford and British manufacturer AstraZeneca.

Each dose costs roughly €3 and can be administered at comparatively little expense at a doctor's practice. 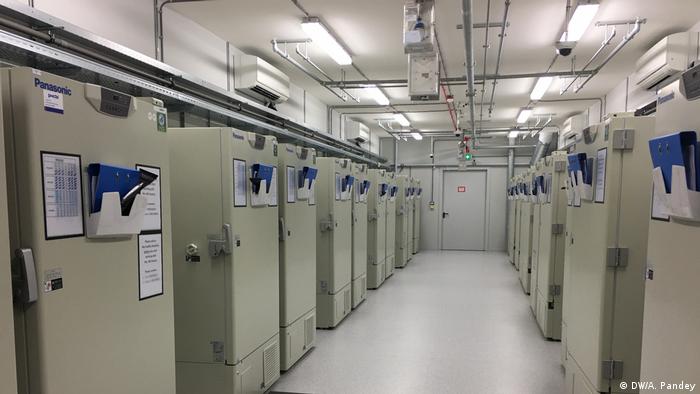 The BioNTech-Pfizer vaccine, approved by the EU, is stored in the Netherlands but its own vaccine rollout has been slow

Poland is prioritizing immunization of medical staff and employees in nursing homes as part of its vaccination plan.

According to the government, by the beginning of the week, almost 50,000 people from this group had received their first dose of the vaccination.

Only after medical and nursing staff will people over the age of 60, as well as soldiers, police officers, firefighters and teachers will receive vaccinations.

But the government faced some criticism when it emerged that 18 top political and cultural figures had managed to secure their jabs during an inoculation drive by a top Warsaw medical school.

Ministers later insisted there would be no repeat of the "queue jumping," vowing that everyone should follow the agreed rollout procedure.

Officials said they would monitor the administration of jabs more strictly in the future. 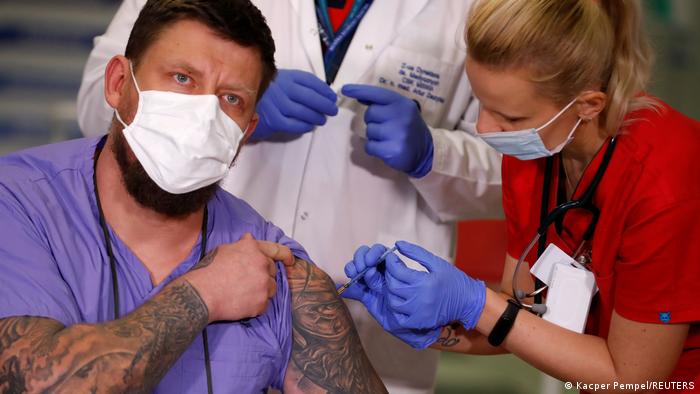