Coronavirus: Germany debates how to distribute a vaccine | Germany | News and in-depth reporting from Berlin and beyond | DW | 10.11.2020 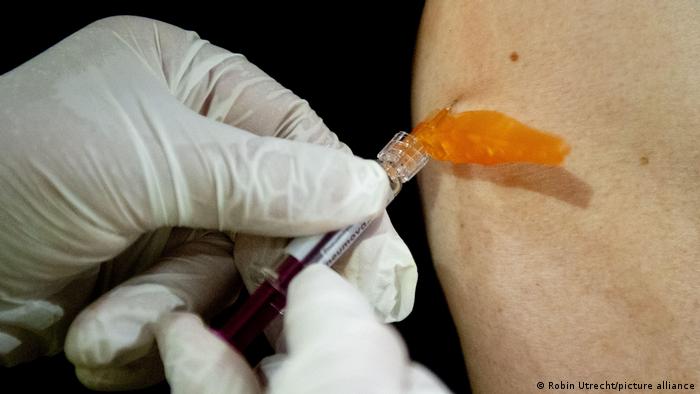 Even before a vaccine has been approved, Germany is doing its best to be prepared. Federal and state authorities are developing a nationwide plan for delivery and storage. The states are responsible for setting up 60 vaccinating centers around the country. The federal authorities will pay for the vaccine and the armed forces are being drafted in to help with distribution. There are also plans to establish teams of professionals to vaccinate staff and residents of institutions such as care homes.

The more difficult issue is who should be inoculated first. There will not be enough of the first batch to go around so the authorities will have to set priorities. German health minister Jens Spahn said it could take months for everyone to be vaccinated.

Priority will go to the new vaccination centers. Then come normal doctors' practices.

Who's first in line?

In order to decide who is first to get the vaccine, which is likely to be in relatively short supply at the beginning, the federal government put together a committee from the ethics council, the national academy of sciences, the Leopoldina, and the permanent vaccination commission at the official public health agency, the Robert-Koch-Institut. Now, this committee has recommended to the authorities that they ensure "just and orderly access."

The first goal is to avoid deaths or admissions to intensive care by prioritizing people considered to be at a significantly higher risk. The next people on the list are those who care for the sick or the elderly. 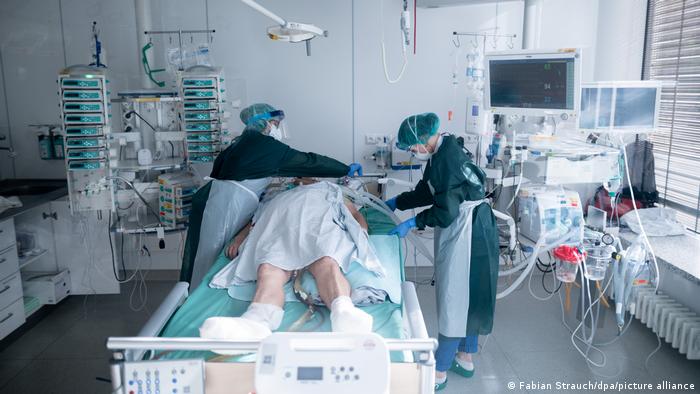 An ICU unit in the Covid-19 pandemic

The authorities also want to prevent outbreaks of clusters in and around high-risk institutions such as retirement homes. The next priority is to keep public services going, such as schools, fire stations, police stations, or health offices.

The president of the vaccination commission, Thomas Mertens, says it is not possible to be more specific. Not just yet, anyway. "We normally do not begin developing a vaccination strategy until a vaccine has been approved," he said in Berlin. After that, a national recommendation is issued for the individual states. Mertens says there are still not enough data about vaccine tests and too many unknown variables.

As soon as the vaccine is approved and the logistics are in place, the work will start in earnest. Scientists are agreed that vaccination should be voluntary, a view echoed recently by Chancellor Angela Merkel. Health Minister Spahn says 55 to 65 percent of the population needs to be inoculated for the vaccine to have a widespread effect 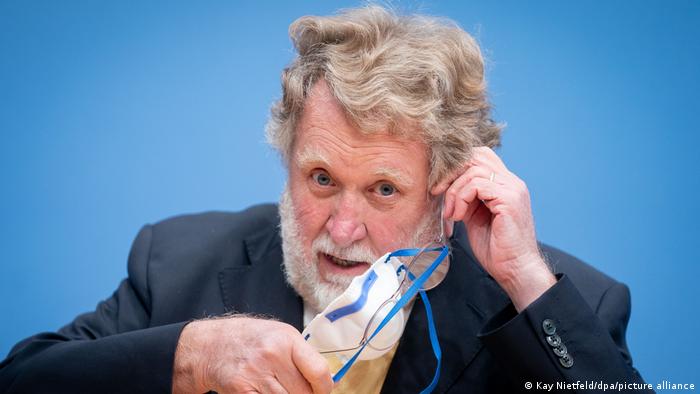 Scientists say it is the politicians' job to make the vaccination program a success. They are calling for transparency, clear communication, and an "unambiguous regulation passed by parliament."

The German health minister has welcomed the recommendations and called on society as a whole to have a conversation, at work, and at home, about vaccination. Spahn pointed out that, given the likelihood of an initial shortage of the vaccine, some people who want one may have to be told to wait. Explaining that is a job for politicians because it is they who decide who gets the vaccine first.

And that's not the end of it. There is some concern about plans to store the names of all those vaccinated on a central database. When the Corona warning app was developed for Germany, centralized information was consciously avoided for reasons of data protection and protection from hackers. Now, scientists say, it is vital to be able to access data in order to adapt to possible side-effects and to help the health authorities learn more about introducing new vaccines.

The bottom line is that so far a lot is unclear: We don't know when a vaccine will be approved, how much of it will be available, and how long it will take to immunize enough of the population. Until these questions are answered, a return to our old ways will be unthinkable.