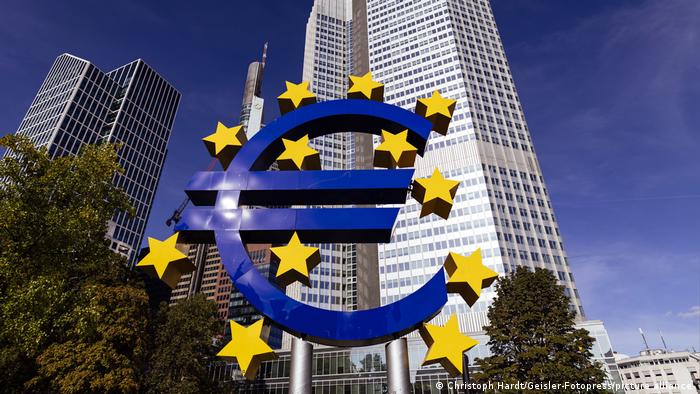 A Euro sculpture is seen in Frankfurt

Germans are saving billions more than in previous years, due to the effects of the coronavirus pandemic, the Ifo Institute for Economic Research said.

The savings, which increased by billions of euros, are weakening hopes for a consumer boom in the near future.

Between January 2020 and January 2021, the amount held in private household bank accounts increased by €182 billion ($215 billion) to reach €1.73 trillion, according to Germany's central bank.

"This forecast assumes that households will not spend these savings during the recovery phase and that the savings ratio, which had risen temporarily to around 20% during the two shutdown phases, will return to its pre-crisis level of 11% by the end of 2021," the Ifo report said.

"Nonetheless, there is a chance that at least some of the excess savings will be spent, driving demand. The savings rate would then temporarily fall below 11%."

The Ifo Institute estimated that the cash represents a "savings surplus" of €100 billion, which it said was likely to rise further in the first quarter. The amount of credit extended to consumers, including in the form of overdrafts, has decreased during the pandemic.

"Whether there will additional consumer spending on a significant scale will actually occur is questionable," the Ifo report said.

Christian Nau, the head of online price comparison site Check24, estimated that the figures are lower because consumers have less to spend their money on during the lockdowns, and that banks are being more careful about who to lend money to.

Economic orthodoxy and the pandemic

"Customers had significantly fewer opportunities to consume," Nau told DPA. "Vacation trips were hardly possible, and even larger acquisitions were not so easy."

The report follows the German constitutional court's decision to suspend the ratification of the €750-billion ($884 billion) EU coronavirus recovery fund, meant to boost the economy in light of trillions in losses. In a statement, judges at the constitutional court in Karlsruhe on Friday said they must first investigate several legal challenges against the debt-financed investment plan.

Lawmakers' approval of the fund marked a breach in a German taboo against pooled debt. German leaders have argued that it was necessary to get the EU back on the road to growth after the pandemic pummeled the economy.