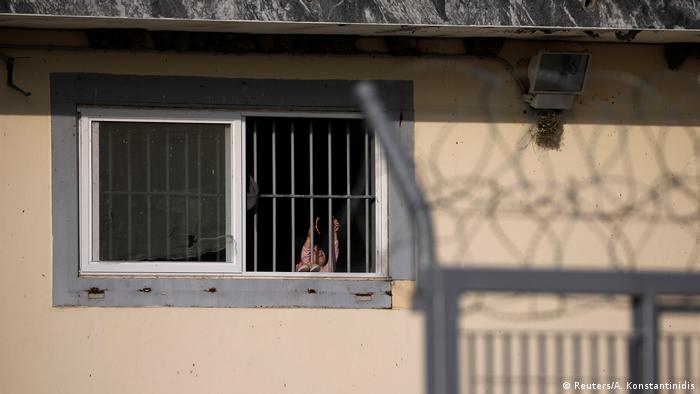 The Council of Europe's Committee for the Prevention of Torture (CPT) raised concerns Tuesday over the "inhuman and degrading" conditions in Greece's refugee camps.

The committee's report said the situation was particularly alarming at the Fylakio camp near the Turkish border — one of the "hot spots" set up with backing from the EU to speed up refugee processing.

Rejection from Athens: The Greek government said in a statement that it had not found evidence to back up allegations of police violence against refugees. It also stressed that the poor conditions in the camps had been compounded by an increase in migrants coming over the Turkish border in early 2018 — around the time the CPT's experts carried out their inspection.

Greece under pressure: Under current EU rules, asylum claims must be processed by the country where migrants and refugees first land. That has placed a huge burden on Greece — a main entry point for asylum seekers hoping to stay in Europe. Although the number of new arrivals has dropped off since the peak of the refugee crisis in 2015-16, groups of migrants are still arriving daily in Greece, where reception centers and camps are already overflowing. Human rights groups have repeatedly criticized the state of living conditions in the facilities. The EU has set aside almost €510 million ($576 million) to help Athens accommodate refugees until 2020.

Anti-torture watchdog: The Council of Europe's CPT is tasked with monitoring compliance with the European Anti-Torture Convention. Members of the committee's panel include doctors, law enforcement experts and psychologists. The delegation has been visiting refugee camps in Greece since 2005.

Greece's "enormous contribution" in handling migration has been extolled by Chancellor Angela Merkel. Ending her two-day visit to Athens, she said the 28-member EU must do more to protect its external border. (11.01.2019)