The Moria refugee camp on the Greek island of Lesbos houses more than 9,000 people — three times its intended capacity. Florian Westphal of Doctors Without Borders warns that a quarter of the children there are suicidal. 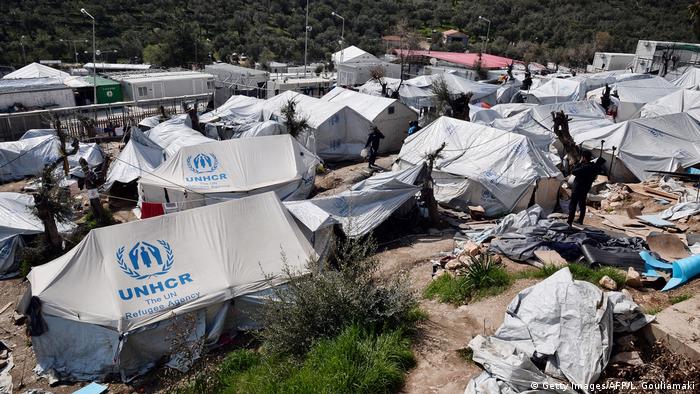 Deutsche Welle: You warn that more than one-quarter of the children that live at Camp Moria are contemplating suicide. What is troubling those children most?

Florian Westphal: There are a number of different things. Most of the children at the camp fled war zones — in Syria, Iraq, Afghanistan and the Democratic Republic of Congo. They also experienced a number of terrible things after they fled. And finally, they are troubled by the catastrophic living situation in the camp itself. It is entirely overcrowded. You have to imagine, sometimes mothers with two or three children are forced to live in tiny tents for months on end. The people there are receiving inadequate medical attention. And one of the worst things for the children is the fact that they are often utterly unprotected. At night, the camp is essentially a lawless area. Violent attacks, rapes and child abuse occur regularly.

How old are the children we are talking about?

The children in our group therapy sessions are between the ages of six and 18, both boys and girls. Many of those have either tried to kill themselves, have thought about it or have injured themselves. I have personally seen that they have tried to slit their wrists with razor blades or similar instruments. Primarily, the problem affects teenagers.

My colleagues at the camp tell me that last week alone four teenagers came to them to say that they had either tried to kill themselves, thought seriously about it or injured themselves. Last week an Iraqi woman went to see them. She told them about her daughter. She said the girl is so terrified that she refuses to go outside without carrying a knife and that she even sleeps with it under her pillow. She has grown increasingly aggressive toward her mother and her older sisters and does nothing but cry when she is awake. The woman says it has become almost impossible to talk to her. 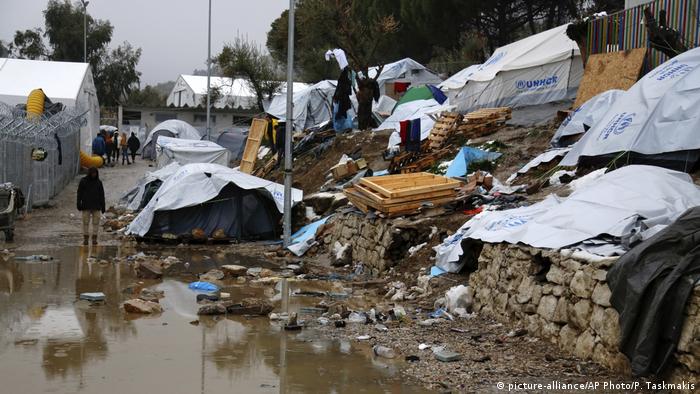 Why isn't there any security personnel in the camp? A while ago, European Union Migration Commissioner Dimitris Avramopoulos said that money was not an issue. Greece has received adequate funding.

That is a good question. There is absolutely no reason that people should be forced into the camp but then left unprotected. There are some safe zones for women and children but trust in security personnel is low and there isn't enough space for everyone in such areas. Many women and children say they are too afraid to go to the toilet at night. Incidentally, there is one toilet for every 60 or 70 people.

What kind of therapy are children and youths receiving at the camp?

The only thing that we can offer in our clinic outside the camp is a first consultation in the form of group therapy. We give children and youths the opportunity to express what they have seen by painting and drawing images in which they do not have to portray their own personal story. We give them the chance to tell a story through a fictional character. It makes it easier for them to speak with us if they can project their experiences.

But of course that cannot replace the trained medical treatment that truly sick people require. We simply cannot provide that service there. We have been vociferously demanding that the children and vulnerable adults, especially those who were the victims of torture, be removed from Moria as quickly as possible. The protection and medical treatment of those people must be a priority.

Florian Westphal is the director of the German chapter of Doctors Without Borders. The nongovernmental organization operates a children's clinic at the Moria refugee camp on the Greek island of Lesbos.