UNHCR: Migrants in Greek camps at risk of sexual violence

Dozens of asylum seekers have reported being targets of sexual abuse in Greece's overcrowded island camps, according to the UNHCR. The refugee agency wants the government to make the centers safer for women and children. 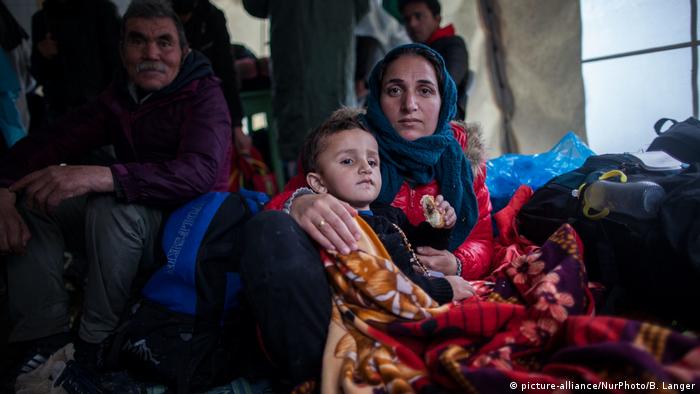 The United Nations refugee agency said Friday it had collected accounts from about 180 women in 2017 who reported suffering sexual and gender-based violence after arriving in Greece.

The UNHCR said migrants were particularly vulnerable to sexual attacks at the Moria camp on the island of Lesbos, and Vathy on Samos.

"In these two centers, bathrooms and latrines are no-go zones after dark for women or children," spokeswoman Cecile Pouilly told reporters at a press conference in Geneva.

"Even bathing during daytime can be dangerous," Pouilly added. "In Moria, one woman told our teams that she had not taken a shower in two months from fear."

Aid groups have repeatedly raised concerns about the appalling living conditions in the Aegean island camps, where thousands of people are being housed while their asylum applications are processed.

Pouilly said the actual number of incidents of sexual violence was likely to be much higher because many survivors were too afraid to report assaults.

In all, Moria and Vathy currently accommodate some 5,500 people — double their capacity.

According to the UNHCR, severe overcrowding means there's insufficient medical and psychological support for the camp's residents and not nearly enough security personnel.

For months, rights organizations have been urging the Greek government to speed up asylum processing and relocations to the mainland, particularly during the harsh European winter.

At Friday's press conference, Pouilly said overcrowding had improved slightly in recent weeks, but she stressed there was more the government could do to keep migrants safe.

Read more: Fear and frustration for refugees on Lesbos

Better lighting, increased security, as well as separate washing and living quarters for men and women, for example, could make a huge difference, she said.

Under a deal struck by the European Union and Turkey in 2016, asylum seekers arriving on the Greek islands from Turkey must stay put in island camps until their applications are processed. If they're rejected, they get sent back to Turkey.

World in Progress: Relief for refugees on Lesbos