Corals in the Gulf of Aqaba have a unique evolutionary history that could help them survive the climate crisis. Scientists even hope to breed their resilience into other reefs. 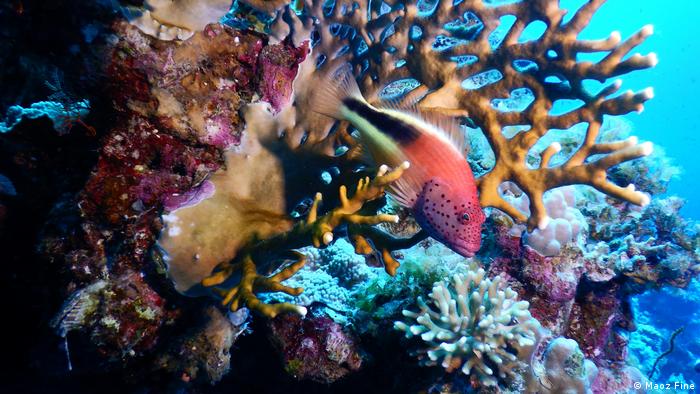 Beneath the warm, crystal-clear waters of the Gulf of Aqaba at the northern tip of the Red Sea, lies a bustling city of colorful corals. At sunrise, fish emerge from their coral shelters, joining eels, turtles and octopuses to swim through these teeming waters.

This vibrant scene is untouched by the mass bleaching that has plagued reefs elsewhere. Most corals can only survive within a narrow temperature range. As oceans get warmer, stressed corals evict their energy-producing algae and lose their color. When corals bleach and die, entire ecosystems can collapse with them. 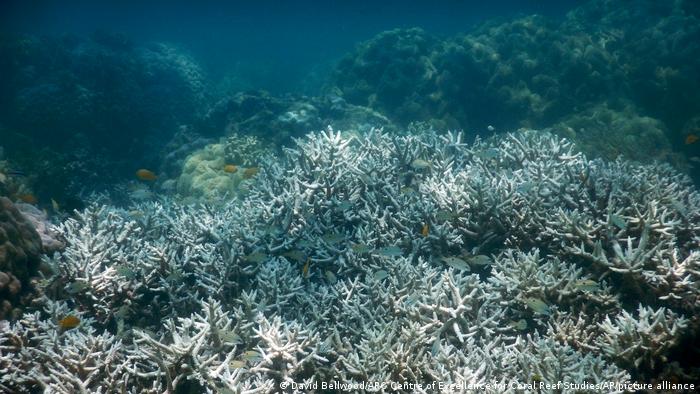 Corals, like these on the Great Barrier Reef, have already succumbed to warming waters, leaving a ghostly underwater landscape bleached of once-vibrant life

A recent study found that 14% of the world's coral reefs were lost in less than a decade. Ravaged by global heating, pollution and habitat destruction, global coral reef cover has halved since the 1950s. Experts predict that up to 90% of corals could perish in the coming decades.

But some hope is emerging from the northern shores of the Red Sea, as Aqaba's corals appear unaffected by steadily warming waters.

"We found that the corals in Aqaba could withstand temperatures far above the summer maximum of 27 degrees [Celsius],"  (80.6 degrees Fahrenheit) said Maoz Fine, a marine biology professor who led research on coral heat-resilience at The Interuniversity Institute for Marine Sciences in Eilat, Israel.

Hope from the Red Sea

Fine and his team designed an aquarium system to simulate future conditions in the Red Sea and ran experiments on what makes the corals in Aqaba so resilient.

While most corals will bleach within a degree or two above their normal range, experiments showed that Aqaba's corals could endure temperatures up to six degrees Celsius higher than the maximum summer temperature they're usually exposed to.

"We tested about 20 different species of corals, and all of them showed high tolerance to thermal stress," said Fine. "Despite rising temperatures, the corals never bleached."

This resilience to heat is thought to be a product of how corals migrated into the Red Sea from the Indian Ocean during the last Ice Age, some 20,000 years ago. 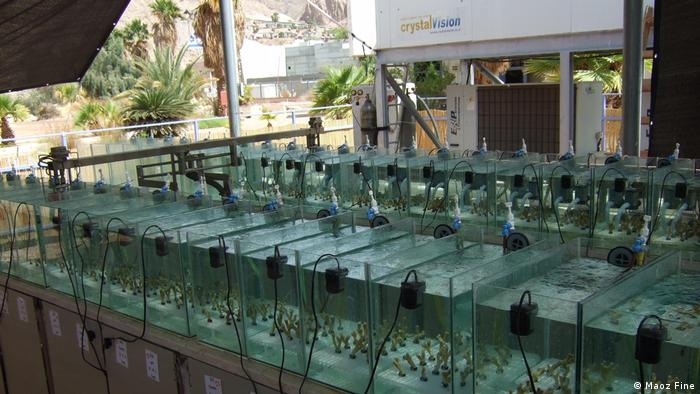 "These corals were selected for high temperatures, but they live in temperatures about six degrees below their bleaching threshold," said Fine.

Although corals in other regions are adapted to warmer waters, Fine said no other corals have such a large gap between the maximum temperatures of the waters they live in and their bleaching thresholds. "This is one of the few places we know where corals will be able to survive global warming," he said.

As coral reefs face mass destruction across the globe due to rising temperatures, researchers and conservationists hope the Gulf of Aqaba could become a refuge for the world's remaining corals.

Could Aqaba's corals help other reefs?

"Aqaba's corals could be a source to repopulate reefs if corals die everywhere else," according to Manuel Aranda, a marine biologist at the King Abdullah University of Science and Technology in Saudi Arabia.

The problem, Aranda said, is scale.

"The Great Barrier Reef is the size of Italy. We can't plant reefs the way we spread seeds on land," he said, since coral plantation requires divers to go into the water and manually fix coral fragments grown in nurseries.

Coral plantations are too costly and time-consuming, and species introductions are often very challenging. But Aranda is part of a research group at KAUST that is working to identify heat-resilient corals and cross-breed them with coral populations elsewhere to increase their heat tolerance. 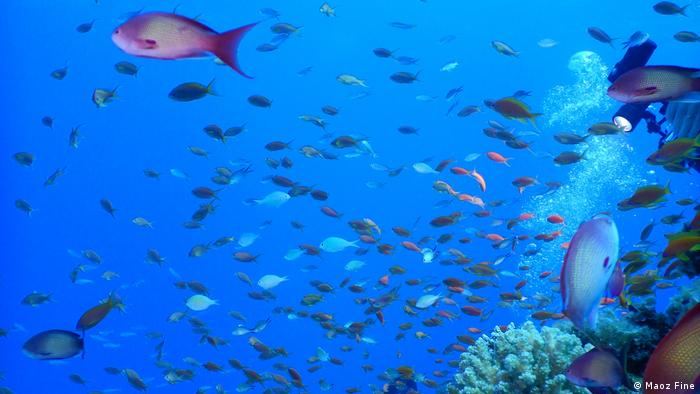 "Usually, it takes many generations for corals to adapt," said Aranda. But the planet is warming faster than this process of adaptation. He hopes to speed up genetic exchanges to give corals a chance of keeping up with rising temperatures: "We hope that with cross-breeding, we don't have to plant corals, they will reproduce themselves."

But this method still takes time and Fine isn't convinced it will work on a large-scale. He believes the focus should be on identifying and preserving resilient reefs, rather than trying to grow corals elsewhere.

"What we can offer is knowledge, understanding which genes were selected down south when entering the Red Sea and what that means for thermal resilience," Fine said.

'We owe it to future generations'

About 25% of all marine species live in and around coral reefs, making them among the most diverse habitats in the world.

"The Gulf of Aqaba has a very diverse ecosystem," said Jordanian conservationist Ehab Eid. "In Jordan, we have identified 157 species of hard corals and there are over 500 species of fish. More than half of them depend on the corals."

Despite their resilience to high temperatures, Aqaba's corals are vulnerable to pollution and unsustainable urban coastal development, putting at risk the livelihoods of the many people in Jordan, Israel, Saudi Arabia and Egypt who depend on fishing and tourism in the Gulf of Aqaba. Fishermen in the Jordanian city of Aqaba, whose catch depends on the coral ecosystem, say fisheries aren't as plentiful as they used to be

"The corals are essential for fish here," said Ibrahim Riady, who has worked as a fisherman in the Jordanian city of Aqaba for over two decades. "Our livelihoods depend on them." He and other local fishermen said their catches had declined over the last decades.

Scientists are calling for the reef to be protected to ensure the gulf can serve as a refuge for corals that, if they survive local threats, could revive reefs elsewhere. "The Gulf of Aqaba might be one of the last reefs standing at the end of the century," said Eid. "It's a treasure. We owe it to future generations to preserve it."

Sea Cucumbers - Truffles of the Oceans