Half of Australia Great Barrier Reef corals have died since the 1990s, study reveals

Climate change is cited as the key reason for the death of the corals. The authors of the study said that the ability of the Great Barrier Reef to recover is compromised. 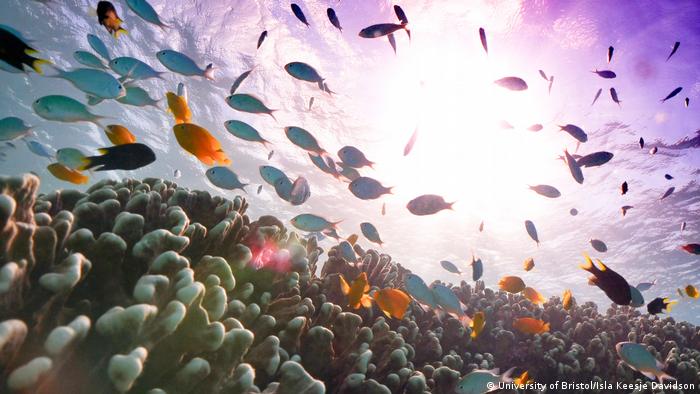 Around 50% of Australia's Great Barrier Reef has died since the 1990s, according to a study published in the Proceedings of the Royal Society Journal.

"The decline occurred in both shallow and deeper water, and across virtually all species — but especially in branching and table-shaped corals. These were the worst affected by record-breaking temperatures that triggered mass bleaching in 2016 and 2017," said Professor Terry Hughes, co-author of the study. Loss of table-shaped corals will also reduce fish abundance.

Hughes added that the Great Barrier Reef's ability to recover was compromised as there are fewer large breeding corals.

"A vibrant coral population has millions of small, baby corals, as well as many large ones — the big mamas who produce most of the larvae," he said.

"Our results show the ability of the Great Barrier Reef to recover — its resilience — is compromised compared to the past, because there are fewer babies, and fewer large breeding adults," he added.

The Great Barrier Reef is the world's most extensive coral reef ecosystem and the habitat of threatened species such as the dugong and large green turtle.

The death of the corals has been attributed to ocean warming, which is fueled by climate change. Changes in ocean temperatures stress healthy corals, causing them to expel algae, which drains them of their vibrant colors. This process is called bleaching.

The reef also been affected by several cyclones and two outbreaks of crown-of-thorns starfish, which eat the coral.

The authors of the study warned that greenhouse gas emissions had to be reduced immediately to save the corals.

"It takes about a decade for a half-decent recovery for the fastest-growing species, so the chances of us getting decades between the future sixth, seventh and eighth bleaching events is close to zero because temperatures are going up and up and up," said Hughes.

The authors of the study also said that to further understand changes in coral populations and their recovery from disturbances, detailed demographic data on recruitment, reproduction and colony-sized structure was needed.

The release marked the first time since their local extinction that the furry marsupials set foot in the wild on the mainland. Conservationists hailed the event as a "historic step to rewild" Australia.

A new report said the northern and central parts of Australia's Great Barrier Reef showed the highest levels of hard coral cover since 1985. But experts still warn the UNESCO World Heritage Site is at risk.