Could the EU of the future become a global alliance? | World| Breaking news and perspectives from around the globe | DW | 08.01.2010

Could the EU of the future become a global alliance?

With the Lisbon Treaty, signed, sealed and waiting to be delivered upon, the European Union has entered a new phase of its existence. But where will it go from here on the ever topical issue of greater enlargement? 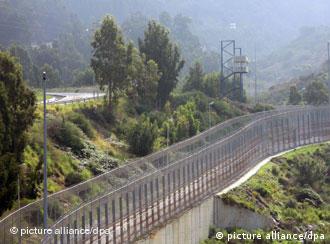 EU dividing lines are a bit of a moveable feast

Europe is no stranger to the concept of shifting boundaries and neither is its pride and joy, the European Union. What started in 1951 as a vow among six continental countries to be allies rather than enemies, has evolved into a 27-nation force to be reckoned with, an elite club with a waiting list from which it can pick and choose at will.

Over the past two decades, countries have fallen over themselves implementing the kinds of economic, political and social reforms necessary to secure themselves a coveted place at the EU table. And although there is still space around that table, it is getting tighter. 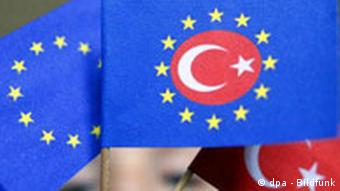 The Turkish population feels let down by the EU

There are currently only two countries engaged in accession talks - Croatia and Turkey - and while experts predict Croatia is likely to be invited into the Union in the next couple of years, the issue of Turkish membership is intrinsically more complex.

On paper, the reluctance of Brussels to open the door to Ankara is tied to issues such as the Cyprus question and domestic Turkish politics, but Heinz Kramer, Turkey Expert at the German Institute for International and Security Affairs, says that is not the full story. He believes the real hurdle is in the minds of the EU public in countries like Germany, France and Austria.

"They are simply of the conviction that Turks are not European and Turkey is not part of Europe, so it doesn't have a right to be a member of the EU," Kramer told Deutsche Welle. "And as long as in some of the EU member states the idea of Europe is bound to the idea of a certain European identity, it will be very hard to overcome this resistance."

So just how does the EU view itself? Jan Techau, European Affairs Analyst at the German Council on Foreign Relations, told Deutsche Welle there are two basic images. 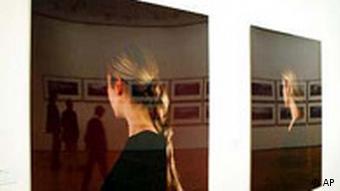 Mirror mirror on the wall...

"One is Europe as a club of a certain number of countries that needs to function well, that's the internal view, the naval gazing view, 'we're a club, we belong, we need rules, the rules have to work', then there is the external view, the relatively new view, Europe as a strategic player."

Techau says the inward-looking members - among whom he includes Germany - are cautious about letting countries which are not convincingly European into the union for fear they might rock the stability they have grown so accustomed to.

"Germans place very high values on rules and procedures because they have served them well," Techau said. "So everything that possibly threatens the set of rules is something they feel they should reject."

And that includes Turkey, even though its largest city and economic and cultural hub, Istanbul, is officially on European turf.

Turf-schmurf. As experts would be quick to point out, the European Union is not a geographical entity but a spirit of cooperation. And eligibility to participate rests upon an ability to meet the Copenhagen criteria of democracy, good human rights, a functioning market economy, and a willingness to accept the obligations and intent of the EU. 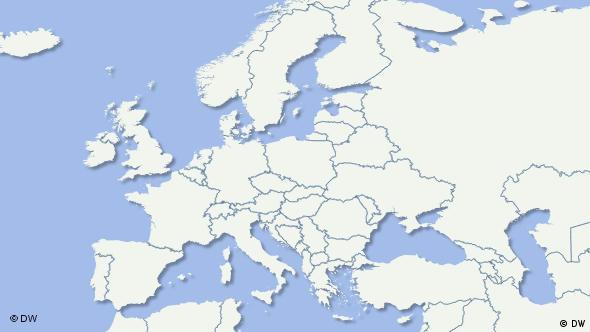 Europe can not be defined through the use of a map

Those criteria have already led Israel to ponder aloud its own EU application, and they have elicited membership chatter from both post-Soviet countries and nations in the Caucasus. So does that mean the European Union is poised to become some kind of global alliance?

Jan Techau says not, simply because the Copenhagen criteria insist on countries being willing to forego their own national interests.

"Culturally that already rules out a number of states. Russia and most of the North Africans, not because they are Arabs or Muslims, but because the political culture and the ability to fully and in the right spirit partake in this European experiment is not there," Techau said.

So which countries are still likely to find their way into the EU? At the moment, the compass is turned toward the former Yugoslavia, but as Heinz Kramer points out, once those nations have been absorbed into the league and Brussels no longer feels any sense of responsibility for candidates, it is likely to adopt a tougher stance on accession. 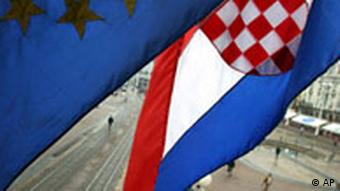 Croatia is expected to be the next to arrive in Brussels

"With eastern enlargement there was this argument that we have to take them in because of the reunication of Europe," Kramer said. "But an automatism of enlargement only can take place with regard to such countries where the question ‘are they really Europeans?' doesn't arise."

He says Turkey is the first case in point, but stresses that it won't be the last and that it will be up to the EU to make conscious political decisions on a case by case basis.

But even with a tighter handle on which countries ultimately do find their way through the gates in Brussels, some analysts suggest that a Europe of the future could swell to a mighty 35 members. What they cannot say, however, is just who they might be and when they might join.

In a progress report on would-be EU members, the European Commission told Turkey it needed to make more progress on political and civil rights reforms. (14.10.2009)

EU summit unlikely to heal rift between Turkey and Cyprus

Turkey's refusal to allow Cypriot ships and aircraft into its ports threatens to derail its European Union membership ambitions, which are up for discussion during the EU summit that begins Thursday. (10.12.2009)