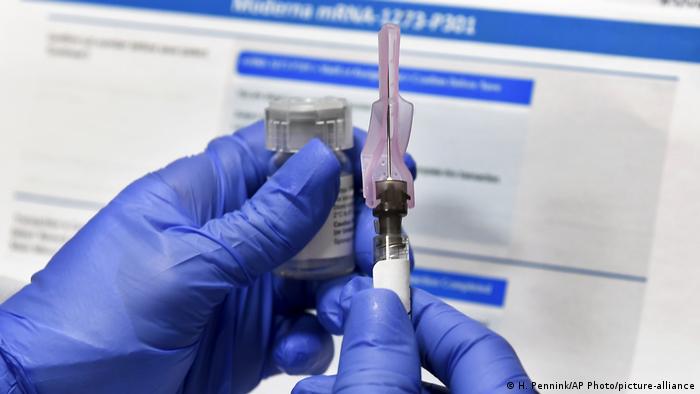 Did the BioNTech founders claim in their personal Twitter accounts they would deliver a coronavirus vaccine this year?

Claim: "If everything goes according to plan we will be able to supply a vaccine by the end of this year and early 2021." 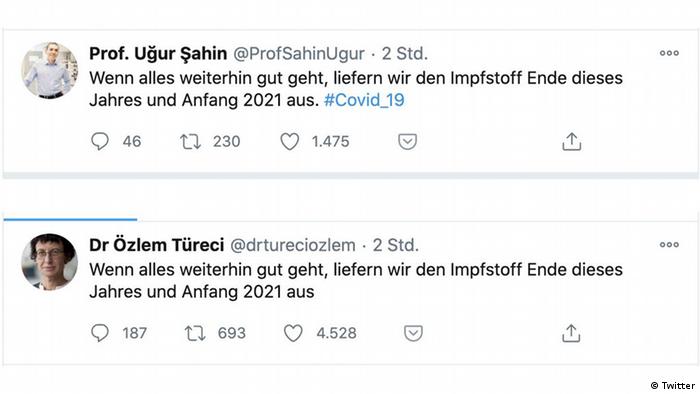 False. Neither Ugur Sahin nor his wife Özlem Türeci made that statement. Neither of them has a private Twitter account.

The accounts are fakes and have since been deleted (but are documented here.)

Nonetheless, Türeci's fake account reached more than 50,000 followers within a short time, although the first tweet was only published on the platform on November 14. In the case of Sahin, there were two fake accounts with around 7,000 and 2,000 followers respectively. Here, too, the first tweet was only released mid-November. The accounts were opened in August and September, apparently initially under different names.

On Twitter, the posts of the fake accounts were liked and distributed thousands of times and many users considered the profiles to be real. But several factors spoke against their authenticity: On the BioNTech website, there was no reference to the Twitter profiles of the company's executives. In addition, just a few days ago, BioNTech had pointed out in a press release that the delivery of the vaccine still depends on numerous factors and risks, including "whether and when the regulatory authorities give their approval."

Will the BioNTech/Pfizer vaccine alter the human DNA?

Claim: "Reminder: The Pfizer vaccine uses mRNA technology which has never been tested or approved before. It tampers with your DNA. 75% of vaccine trial volunteers have experienced side effects. Beware."

Emerald Robinson, a US journalist who works as a White House correspondent for the conservative Newsmax media organization, posted that on Twitter last week.

False. There appears to be confusion combined with a lack of knowledge about the vaccine as well as the procedure. While it's true that no mRNA vaccine has been approved before, there have been multiple studies of such vaccines in humans over the last few years. Put simply, the vaccine uses a technology known as messenger RNA. It uses small fragments from COVID-19's genetic code to produce a single protein of the virus inside a human body. The immune system then recognizes that structure and starts to produce antibodies to attack the virus.

Injecting RNA does not in any way alter/modify the DNA sequence of a human body.

On its website, Germany's Paul-Ehrlich Institute, the Federal Institute for Vaccines and Biomedicines, states, "There is no risk of integration of mRNA into the human genome. In the case of humans, the genome is located in the nucleus of the cell in the form of DNA. The integration of RNA into DNA is not possible, among other things, because of the different chemical structures. Furthermore, there is no evidence that the mRNA integrated by the body cells after a vaccination will be converted into DNA."

Generally speaking, no vaccine can genetically modify human DNA, according to experts. Mark Lynas, a visiting fellow at Cornell University's Alliance for Science group, told Reuters: "Genetic modification would involve the deliberate insertion of foreign DNA into the nucleus of a human cell, and vaccines simply don't do that."

In terms of side effects, Robinson's claim that 75% of trial volunteers experienced such symptoms does not hold up. Moderna said its interim analysis using data provided by theData and Safety Monitoring Board did not report any significant safety concerns. "A review of solicited adverse events indicated that the vaccine was generally well tolerated. The majority of adverse events weremild or moderate in severity." Some of the adverse effects included fatigue (9.7%), headache (4.5%), pain (4.1%) and redness at the injection site (2.0%).

Pfizer/BioNTech have reportedsimilar findings (fatigue at 3.8% and headache at 2.0%).

Claim: "In Peru, vaccination against COVID-19 is now compulsory and anyone who refuses to use it will be arrested, see pictures. It has begun, WAKE UP. Big concerns are coming, this is the beginning of the pain," states a Facebook post from November 7, with three pictures showing medical workers in protective clothing making house calls. 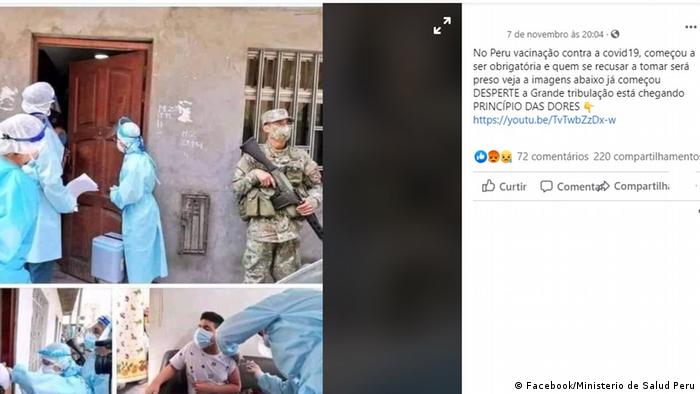 False. Peru is not carrying out compulsory COVID-19 vaccinations, not least because there is no approved vaccine available at this stage.

A reverse image search via Google leads to the website of Radio Nacional del Peru, the oldest radio station in the country. On its website, the broadcaster reports on a diphtheria vaccination campaign by 50 brigades of Peru's Ministry of Health, in the La Victoria region, using one of the pictures mentioned above.

The Health Ministry posted a tweet on October 28 about the 50 brigades who "carried out vaccination campaigns at homes after a registered case of diphtheria."

Peru's health minister, Pilar Mazzetti, has also made it unequivocally clear that a COVID-19 vaccine would not be made mandatory, saying: "If people don't want to be vaccinated, they won't be vaccinated."