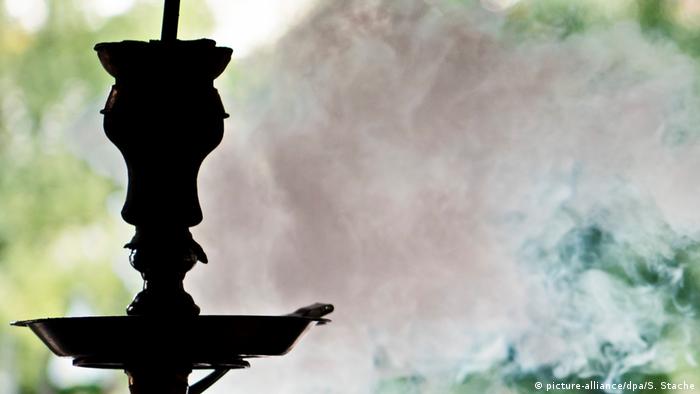 An outbreak of 36 coronavirus cases, including one serious case, in the German city of Göttingen in Lower Saxony was traced back to a hookah bar that should not have been open, city officials confirmed Monday.

The shisha bar had entertained hundreds of people before it was forced to close. Whether people were smoking on the same pipes is still unclear.

"The bar was closed and now a fine is being considered," city spokeswoman Cordula Dankert said.

Local health department workers have so far identified 310 people who were in contact with the infected—including dozens of children and teens. They have all been placed under a strict quarantine.

"They cannot leave their apartments, also not to go grocery shopping," Dankert emphasized.

Many of the infected people lived in a housing complex in northern Göttingen with around 700 residents. The city, however, has so far declined to put the entire complex under quarantine.

Petra Broistedt, the head of the city's COVID-19 crisis management team, said that they've uncovered only 60 contact persons in the housing complex.

"It would therefore be unreasonable to isolate the entire house because of this," Broistedt told the local Göttinger Tageblatt newspaper.

Many of the infected patients belong to different large families who are believed to have met up at several large, private parties last weekend, the city added.

The outbreaks come as many German states have started to relax rules on how many people are allowed to meet in public, although many states have been vague when it comes to their guidelines on people meeting privately.

Although Germany's COVID-19 cases have been steadily dropping, the country has seen several alarming local outbreaks arise among migrant workers at slaughter houses as well as people living at shared accomodiations for asylum-seekers.

At least 70 people at a refugee home near Bonn have tested positive for COVID-19. News of the outbreak prompted calls for better protection for asylum-seekers and more testing at the often crowded facilities. (18.05.2020)

Anti-lockdown protesters in Germany have come under fire for appropriating the horrors of the Holocaust. Several have dressed up as concentration camp prisoners and put on Nazi-era stars reading: "unvaccinated." (31.05.2020)