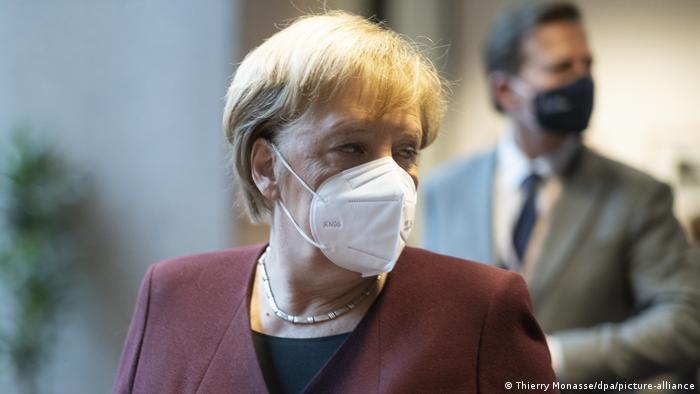 The German leader said those who had come to Germany from abroad should not be neglected amid concerns that Europe is being hit by a second wave of the virus.

"The pandemic affects us all, but one has to admit: to varying degrees," she said at the opening of the German government's "integration summit" in Berlin.

"As attentive as we must be to protect the health and lives of our fellow human beings, we must also be vigilant to ensure that cohesion remains strong in these difficult times," she added.

Merkel said that several educational and language training courses for immigrants have been cancelled due to COVID-19.

She added that the economic slump is having a particular impact on sectors in which many migrants are employed, meaning they are fearing for their jobs.

Her comments echo the findings of an Organization for Economic Cooperation and Development (OECD) report, also released on Monday, that showed the pandemic and lockdown measures were disproportionately affecting migrants.

The Monday summit, the 12th of its kind, was being held via videoconference with more than 100 federal government officials, as well as local and regional authorities.

As many as 40 migrant rights associations had been invited, according to the AFP news agency.