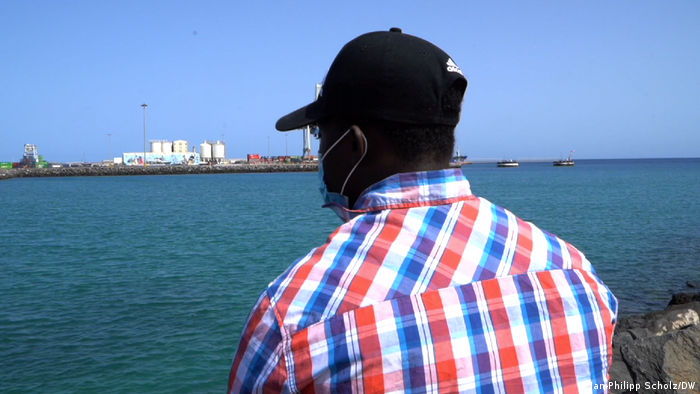 The sea is surprisingly calm this afternoon — at least for Fuerteventura, one of the Canary Islands in the Atlantic Ocean.

Abdul Kamara sits on the pier, remembering the day in early summer when he first arrived on the Spanish island.

The waves were dangerously high back then. The young Guinean had already spent three days in a rubber dinghy after departing from Morocco.

"Suddenly, we heard air leaking from the inflatable boat," he told DW.

"I had the feeling that this could really be the end. I was only thinking of my little sister, who would have to do without me. I was in a state of shock." 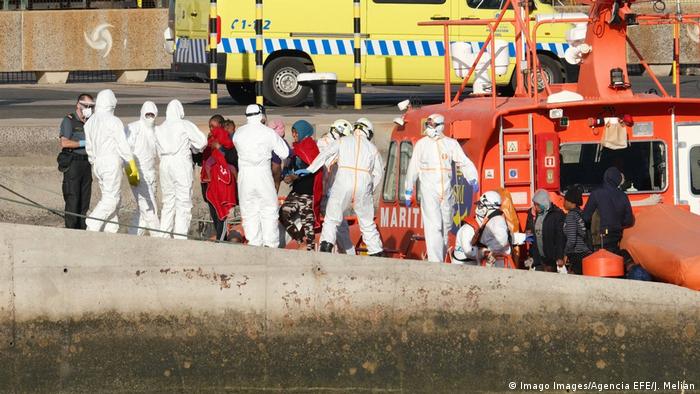 The most dangerous crossing in the world

The migrants in the boat were eventually able to patch up the leak and reach Fuerteventura. This makes Kamara one of around 5,000 African migrants who have reached the Canary Islands since the beginning of the year — an increase of more than 600% compared to 2019.

The migration route between Africa and the Spanish archipelago was also often used in the past. Tens of thousands of migrants arrived on the islands in the mid-2000s. Since then, however, only a few boats have dared to make the journey — not least because the route is considered the most dangerous crossing in the world. According to aid organizations, one in 16 migrants die here.

Many observers are still puzzled as to why it is once again being used so often. Bram Frouws from the Mixed Migration Center (MMC), an independent research institute based in Geneva, thinks the global impact of the coronavirus pandemic may be to blame, especially with fewer smugglers now available on more common migration routes.

"The social and economic impact is increasing people's wish and need to migrate," he told DW. "But at the same time, it's restricting people's resources. They have less money to migrate, or the capability to do so because of all the restrictions on mobility. Those are two opposing forces and it's a bit unclear at the moment how these dynamics are playing out." 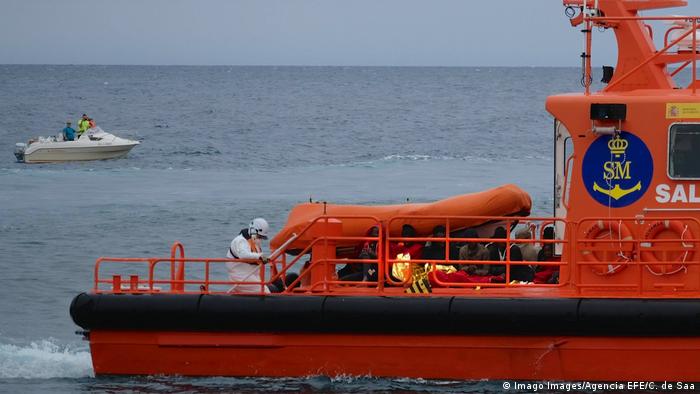 Spain: a victim of its own success

But the coronavirus crisis isn't the only factor influencing shifting migration routes. In recent years, European states have reached various agreements with transit countries, such as Niger and Libya, which essentially boil down to one key point: African states need to do more to stop migrants from passing through their territories long before they reach the North African coast. In return, Europe ups its support payments and increases its commitment to development.

However, these kinds of deals usually just cause the migration routes to change. In the case of the Canary Islands, it is not unreasonable to suggest that Spain fell victim to its own migration diplomacy.

"You saw it happening with Morocco and Spain last year," explained Frouws. "You could see an increase from Morocco to mainland Spain and almost a week after there was another package of €15 million ($17.6 million) supporting Morocco as part of the so-called migration cooperation, as they call it."

Morocco kept its end of the bargain, evicting migrants from areas near the coast. Arrivals to mainland Spain fell by more than 4,000 in the first half of 2020. But that's when the migration routes began to shift. Migrants then started getting into boats in the south of Morocco, and set out for the Canary Islands instead of the mainland.

A precursor to the new dynamics of migration

Migration experts say this is a harbinger of a massive new migration movement towards Europe. Many countries in the Sahel could have enforced effective restrictions on movement at the beginning of the coronavirus crisis. However, as past experience has shown, the weak institutions of these states can only enforce such strict measures for a limited time. More and more people are also heading north due to the numerous political crises in the Sahel.

"It's not that these governments can't impose specific times and places," Matt Herbert from the Global Initiative Against Transnational Organized Crime told DW. "It's just that the impact of these restrictions takes a significant political toll and it's extremely difficult for them to retain these restrictions at infinitum." 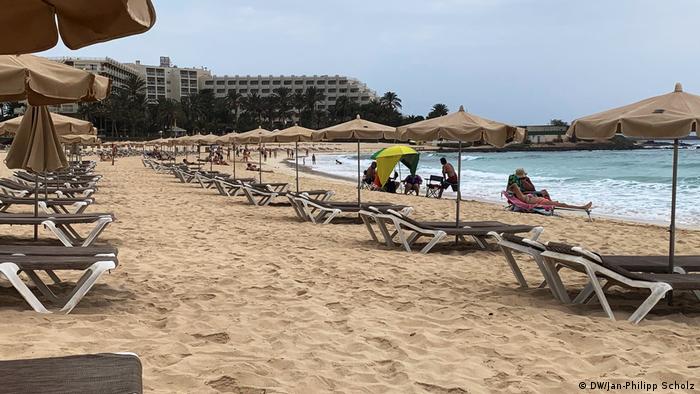 The medium and long-term consequences of the economic impact of the coronavirus crisis are already unfolding in North Africa, according to Herbert. Over the past few months, significantly fewer migrants have passed through Europe, but more Africans are now starting to get into boats.

More than 7,000 Tunisians have set out across the Mediterranean since the beginning of the year —the highest number since the Arab Spring in 2011. In neighboring Libya, once one of the most important transit countries on the so-called central Mediterranean route, the smugglers have now become the customers of other smugglers.

"I think this is the leading edge of the wave of COVID-19-driven irregular migration," said Herbert.

"We simply haven't had time yet for irregular migration from Western Africa, Central Africa and the Horn of Africa to really start arriving in North Africa and take transport. But I think they will in the coming 6 to 12 months."

A question of price

Abdul Karim Kamara doesn't want to stay on Fuerteventura. He hopes he will soon be relocated to a camp on the Spanish mainland with the other migrants. From there, he wants to move further north.

Like many other migrants, Kamara took the Canary Islands 'detour' for a very pragmatic reason: For a long time, he saw no prospects for his future in his home country Guinea. Then he found out smugglers on the Atlantic route were offering places on their rubber dinghies for around €800. In the past, it could cost more than €2,000. An offer apparently too good to pass up.

Thousands of migrants from West Africa are taking the risky journey to Europe via the Spanish Canary Islands. As a result, aid organizations have said that 2021 saw more fatalities in the Atlantic than ever before.

The Tales from the Border podcast begins in Senegal, where we look out across thousands of kilometers of the Atlantic Ocean. Europe is a very long way away. As the waves crash, migrants who have made the attempt and returned — and those who still have hope — talk about what it is like to dream of a better life in the Canary Islands and Spain.