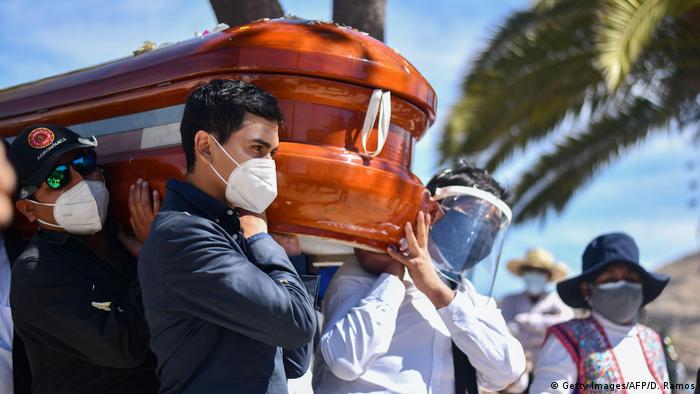 The global death toll from the coronavirus passed the 1 million mark on Tuesday, according to a tally by the Johns Hopkins University.

COVID-19 first emerged at the turn of the year, when Chinese health authorities said they were investigating a SARS-like virus after dozens of people were struck down by a mysterious pneumonia in the city of Wuhan. At the time, few anticipated it would bring the world to a virtual standstill within weeks. Indeed, by the beginning of February, some experts were hoping the virus had reached its peak, as infections in China began to fall.

Such optimism was soon quelled, however, as France declared its first death from the coronavirus later that month.

COVID-19 then tore through Europe and the Americas and has since affected almost every country on the planet.

The number of fatalities is expected to rise significantly, with the World Health Organization predicting the toll will double unless drastic action is taken.

The United States has the highest death toll with over 200,000 fatalities, followed by Brazil, India, Mexico and the United Kingdom.

Here's a round-up of the other important developments around the world:

Chancellor Angela Merkel is wary of a surge in COVID-19 cases in Germany, government spokesman Steffen Seibert said. Merkel told leading members of her center-right CDU party that Germany could have "19,200 new infections per day if the trend continues," according to the mass circulation Bild newspaper.

The Robert Koch Institute, Germany's health authority, reported 1,192 new cases and three new deaths on Monday, bringing Germany's overall total to 285,332 cases and 9,460 deaths. Germany has reported at least 1,000 new cases per day over the past two weeks as it grapples with a second wave.

Bavarian state premier Markus Söder is calling for a "coronavirus stoplight" for cities and communities nationwide. According to the Munich-based Süddeutsche Zeitung, Söder's stoplight would turn "yellow" if there were 35 infections per 100,000 inhabitants and certain measures — such as preventative tests for risk groups, more masks in schools and a spectator ban at sporting events — would kick in. If the number of infections rises to 50 per 100,000 inhabitants, stricter measures, such as limiting participants at private events, would be enacted.

French President Emmanuel Macron justified new coronavirus restrictions after protests against the order broke out in Marseille. Macron said the virus situation in French cities is "serious and worrying" in comments shared by government spokesperson Gabriel Attal. Bars and restaurants in Marseille closed on Sunday evening for one week. Milder restrictions have been imposed on 10 other cities, including shutting gyms, a ban on gatherings of more than 10 people and mandatory bar closures after 10:00 p.m.

The Netherlands announced a raft of new restrictions in a bid to slow rising COVID-19 infections in the country. Bars and restaurants must now shut by 10:00 p.m., while private gatherings at home have been limited to three guests. Sporting events will now be closed to the public and residents have been advised against non-essential travel to Amsterdam, The Hague and Rotterdam where cases are particularly high.

The first cruise ship departing from Greece since lockdown began was forced to cut its voyage short after 12 crew members tested positive for COVID-19. The Mein Schiff 6, operated by TUI Cruises, landed in Piraeus port on Tuesday morning after departing from Heraklion on Sunday evening with more than 1,500 people on board. Greek health authorities boarded the ship to test everyone on board — nobody was allowed to disembark. Follow-up tests returned negative and the crew members were asymptomatic. Everyone on board had undergone tests before the voyage and been given a clean bill of health.

Russia reported 8,135 new cases, bringing its overall total to 1.16 million — the fourth largest case load in the world. Politicians have dismissed rumors that there will be a second lockdown.

People in England could now face a 1,000-pound (€1,100, $1,200) fine for not self isolating after testing positive for COVID-19. The fine could increase to 10,000 pounds for repeat offenders, according to new rules which came into effect on Monday.

The World Health Organization (WHO) announced a plan to help lower- and middle-income countries increase their COVID-19 testing rates. The WHO and several partners plan to roll out 120 million rapid-diagnostic tests to several countries — including 20 countries in Africa. The tests provide results in 15 to 30 minutes rather than hours or days, and at a lower price, WHO chief Tedros Adhanom Ghebreyesus said. Although the plan is due to kick off next month, the $600 million scheme is not yet fully funded.

India has reported a daily rise of 776 coronavirus deaths — its lowest since August 3, data from the health ministry showed on Tuesday. Meanwhile, coronavirus cases in India have surpassed 6 million as the nation's health ministry confirmed 82,170 new daily infections on Monday. Its overall tally is second only to the US.

A southern Philippine province, including its regional capital, will be placed under a mild lockdown next month even as the rest of the country lifts restrictions to boost the economy. Lanao del Sur province and its capital, Marawi city, will fall under a lockdown starting Thursday due to infection spikes in recent weeks, announced President Rodrigo Duterte. The Philippines has confirmed more than 307,000 cases of coronavirus infection and 5,381 people have died from COVID-19 as of Monday. 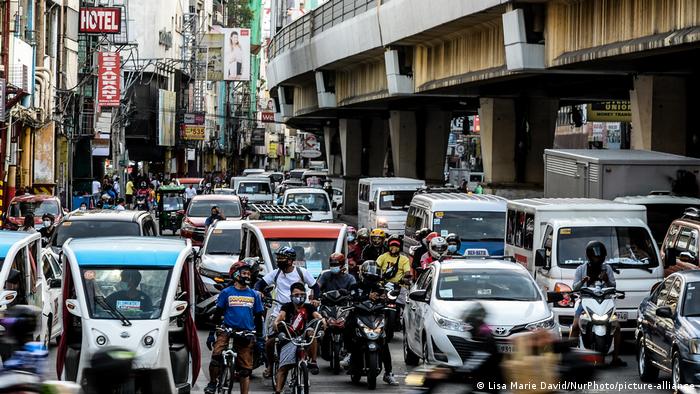 In China, officials logged 12 new COVID-19 cases, down from the previous day's total of 21, health authorities said on Tuesday. Earlier, Beijing's city government passed a law protecting "non-malicious" medical whistleblowers. The law states that those who speak up about potential public health emergencies would be rewarded, not punished if the warning is later verified. Chinese leaders were condemned by the public for dismissing the warnings of COVID-19 whistleblower Li Wenliang, who later died from the disease.

Authorities are concerned by a COVID-19 outbreak aboard a cargo ship off Australia's northwest coast that has infected most of the crew. Eight more members of the Filipino crew tested positive for the new coronavirus on Monday, bringing the number of infections to 17 out of a crew of 21. Seven of the infected sailors remain aboard the ship with the rest taken to a quarantine hotel in Australia. Authorities are concerned the virus could spread to indigenous communities around Port Hedland.

The Spanish health care system is considered one of the best and most efficient in the world. But it is failing in the coronavirus crisis. DW finds out why.