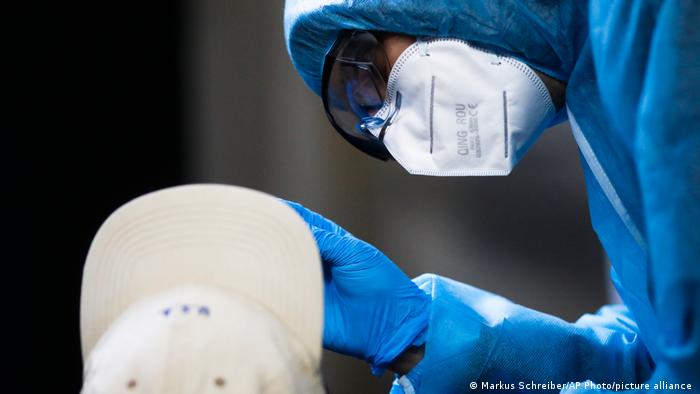 German Health Minister Jens Spahn has warned the country that the coronavirus pandemic "is not over yet" and defended an extension of the lockdown until mid-February.

His comments came as the country's death toll from COVID-19 surpassed 50,000, which he described as "an almost unbelievable number."

Speaking at a news conference in Berlin on Friday, Spahn said the fall in those testing positive in recent days was "encouraging" but added that there were still too many new infections. 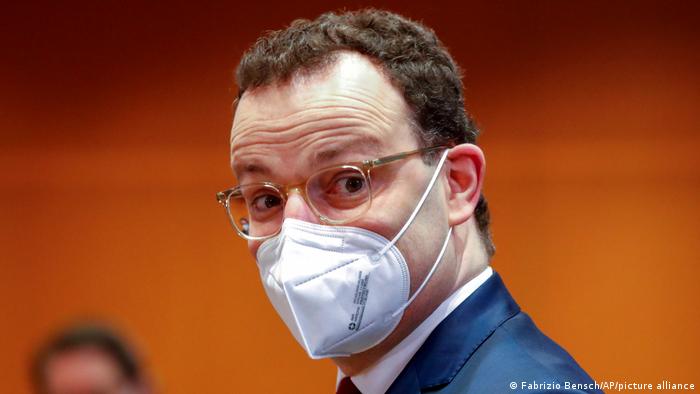 Spahn told reporters that more than 1.5 million people have now been vaccinated in Germany

"I know that the decisions taken by ministers have been very burdensome for many. Nevertheless, should the numbers now shoot up once again, our health care system would be overwhelmed," he warned.

"This winter has not been easy, we always knew that, but I am sure we have a prospect of a better summer," he predicted.

Spahn also compared the current stage of the pandemic with a patient needing an antibiotic. If the patient comes off the medicine too soon, an even bigger infection can occur — including resistance, he warned.

In the case of the coronavirus, he said the emergence of several variants has shown what can happen when curbs are eased to soon.

How many Germans have been vaccinated?

Spahn told reporters that over 1.5 million people have now been vaccinated in Germany, and more than 100,000 had already received the second dose.

The minister said the number of seriously ill COVID-19 patients has fallen but the health care system still faced a huge burden.

His remarks were backed up by Gernot Marx, head of the German Association for Intensive Care and Emergency Medicine (DIVI).

Marx said the number of ICU cases did not spike due to family gatherings over the Christmas and New Year holidays, due to high adherence to the lockdown measures.

"We are still far from a situation in which one can speak of relaxation," Marx warned, adding that should the mutated virus form continue to spread it would create "extreme stress in intensive care medicine."

How far has the variant spread in Germany?

Amid concerns about the new coronavirus variant that first emerged in the United Kingdom, German virologist Christian Drosten told the news conference that data suggested it had not yet spread nationwide in Germany.

He said data showed that the mutant was introduced to Germany over the Christmas period, and not only from Britain.

In an interview published Friday in Der Spiegel, Drosten also warned that Germany's daily caseload could hit 100,000 if lockdown curbs are eased too soon.

"As soon as the elderly and perhaps also some of the at-risk groups are vaccinated, there will be a huge economic, social, political and perhaps legal pressure to end the measures," he told the magazine.

Non-essential travel is "strongly discouraged" and additional measures have been imposed on COVID-19 hot spots. The EU has become increasingly concerned by the more contagious variants circulating around the continent.

Chancellor Angela Merkel said there were reasons for optimism at this "difficult stage of the pandemic," but she stressed that Germany must work with the EU to prevent the spread of new coronavirus variants.