The federal government and states have stopped short of issuing tighter COVID-19 restrictions. They did appeal to people in Germany to limit social contact. But Chancellor Merkel says she would have gone further still. 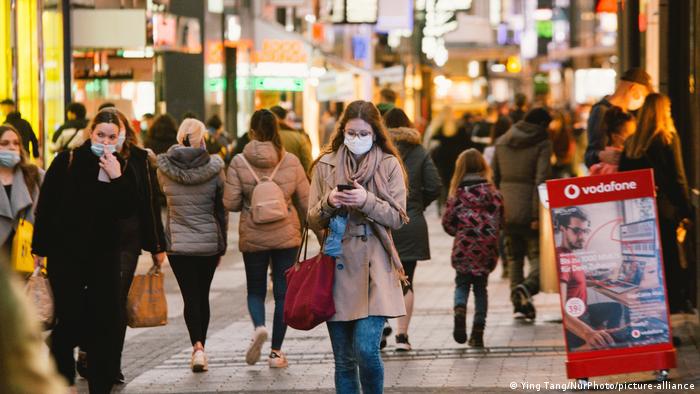 German Chancellor Angela Merkel and the heads of the country's 16 states failed to agree on new lockdown measures following a summit via video conference Monday.

They will meet again next Wednesday to discuss concrete measures.

According to Merkel, state premiers didn't want to see a tightening of restrictions before next week.

Merkel admitted that case numbers in Germany "were stabilizing, but too slowly" to justify lifting restrictions. Germany confirmed 10,824 new infections Monday, when figures are usually lower as fewer tests are carried out at the weekend. A peak was reached on Friday with 23,542 new reported cases.

What was the result of the meeting?

All people considered vulnerable will be eligible once a week for one heavy duty respirator mask, also known as FFP2.

Merkel wanted stricter rules on households meeting but talks resulted in appeals to citizens to reduce social contacts after pressure from states. These include: 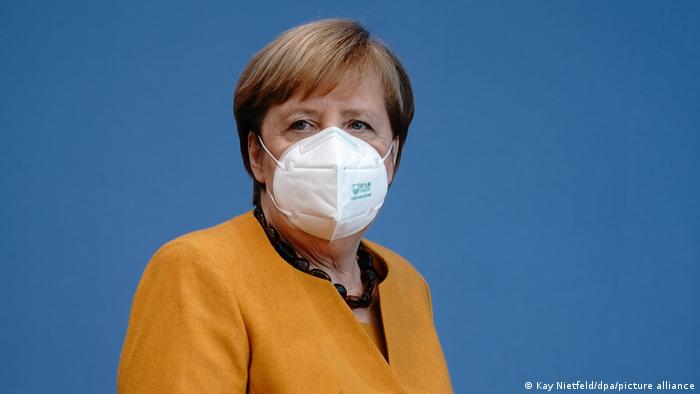 What is the situation at the moment?

Germany this month imposed a set of measures dubbed a "lockdown light" to rein in the second wave of the pandemic. While bars and restaurants are closed, schools and shops so far remain open.

As a result, numbers of new infections are no longer growing exponentially, but a decrease of infection numbers is not yet foreseeable, the document said.

After the pandemic began, 520,000 COVID-19 cases were detected in Germany by the end of October, but numbers spiked by 50% to 780,000 cases in the first two weeks of November. In the same period, the number of COVID-19-intensive care patients in German hospitals increased by 70%, leading to regional bottlenecks.

Merkel warned during her video address Saturday that "the winter ahead will still demand a lot from everyone."

Several German leaders have spoken out against relaxing coronavirus restrictions too early. The Economy Minister warned Germany could face another four to five months of partial lockdown. Follow DW for the latest.

How are people in Berlin handling 'lockdown light?'