Coronavirus: German international schools on the brink | Germany | News and in-depth reporting from Berlin and beyond | DW | 03.05.2020

All 140 German schools abroad are currently closed, with some conducting online lessons. But unless the German government steps in now, many of them might be forced to shut forever. 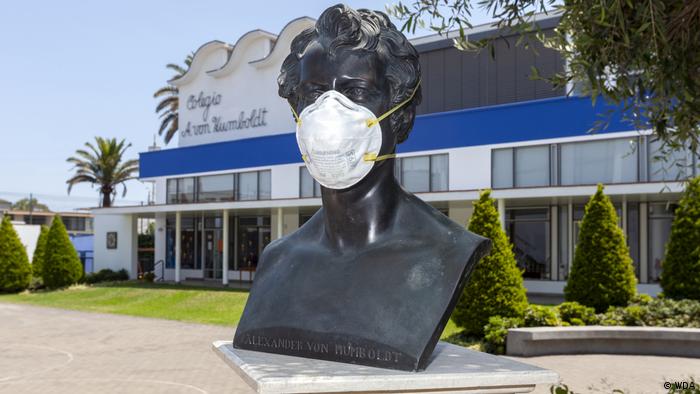 For seven weeks, the classrooms at the Colegio Peruano Aleman Alexander von Humboldt in Peru's capital, Lima, have been empty of pupils. Normally, some 1,500 children and teenagers attend this bilingual and bicultural German school. But since the coronavirus pandemic broke out, the pupils have been seeing their teachers only via computer screen.

However, changing over to digital lessons has not been the biggest challenge facing this school in recent times: it is also in the grips of a financial emergency. "We were always in a very good position,” the chairwoman of the school association, Ann-Katrin Petersen, told DW. "But now, everything is getting shaky."

The school, known informally in German as the Humboldtschule, is one of 140 German schools abroad. Like every other German international school, it is run by a nonprofit support association. Some 70% of the financing is covered by school fees, with the rest provided by the German federal and state governments, including in the form of teaching staff sent from Germany. 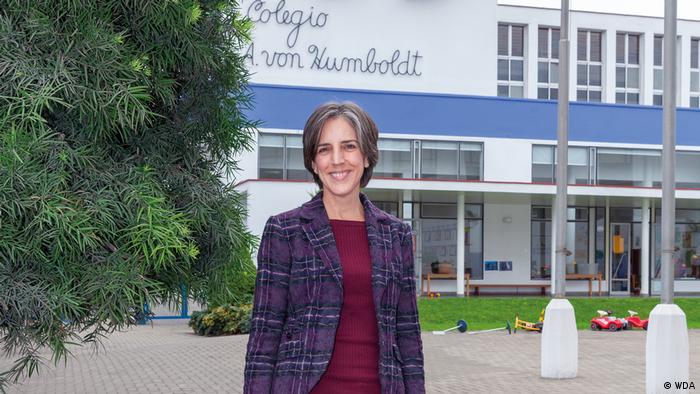 Ann-Katrin Petersen of the Humboldtschule in Lima, Peru, says that German schools abroad are facing an existential crisis if the government does not step in immediately

"The pandemic has meant that almost all the schools have fallen into an awkward financial situation," Dr. Peter Fornell, the chairman of the World Association of German Schools Abroad (WDA), told DW. He said the schools were reliant on the parents paying the school fees, but that many families had themselves suffered financial losses and could no longer afford the money. Ann-Katrin Petersen, in her turn, complains that "the payment morale of many parents is very bad — even in the case of families that actually have the money." Politicians and parents are now calling for a fee reduction because the lessons are only taking place digitally, she says.

But she points out that there is a problem with this: Overhead costs still have to be covered and teachers have to be paid. "We are a private school but not run for profit. All the money goes directly to the school," she says, adding that the school has few financial reserves to draw on. 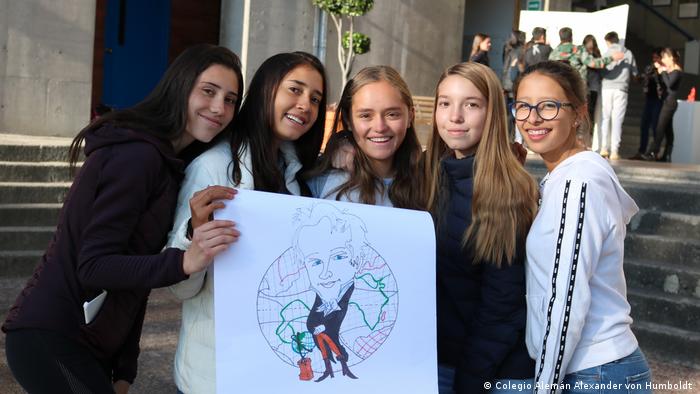 There are 140 German schools operating abroad, attended by students of many nationalities — like these pupils at a German school in Mexico

A survey carried out by the WDA indicates how serious things are for many German international schools. Altogether 105 school support associations were asked about the current situation during the coronavirus pandemic. According to the survey, 64 associations feel their schools are critically endangered, while almost three-quarters expect pupil numbers to drop.

Almost all schools fear a negative impact on their financial situation. "We need immediate aid from the German state if the schools aren't to collapse," Fornell says, adding that it should be made easier for the international schools to receive loans.

Alone at a screen: education in a lockdown

The chairs and head of all the German international schools will discuss exactly what kind of quick support the schools could receive at a web conference in the coming week. Members of the German Parliament (Bundestag) and the minister of state responsible for the international schools, Michelle Müntefering, will also take part in the debate.

Fornell expects German politicians to give their support. As recently as November, the Bundestag decided to boost German schools abroad as a central element of international cultural and education policy. 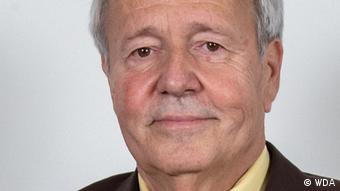 The support association of the Humboldtschule in Lima also hopes it will receive quick aid from Germany. "Otherwise, we soon won't be able to pay our teaching staff anymore," Ann-Katrin Petersen says.

An end to the emergency situation in Peru is not yet in sight. Very strict lockdown measures have been in force in the South American country for weeks, but the rate of infection continues to climb. For this reason, schools are to open again in December at the earliest.

Is Germany facing another "education catastrophe?" The 2018 PISA study shows German schoolchildren are performing at above-average levels. However, a shortage of teachers threatens to undermine that progress. (03.12.2019)

There are more teachers from abroad working in German schools than ever before. The last decade has seen an increase of 61% in the number of foreign teachers. (02.10.2019)