Almost 10% of Germany's university students are foreign, with most coming from China and India. But are they well integrated? Financial shortfalls and a xenophobic far-right are just some challenges universities face. 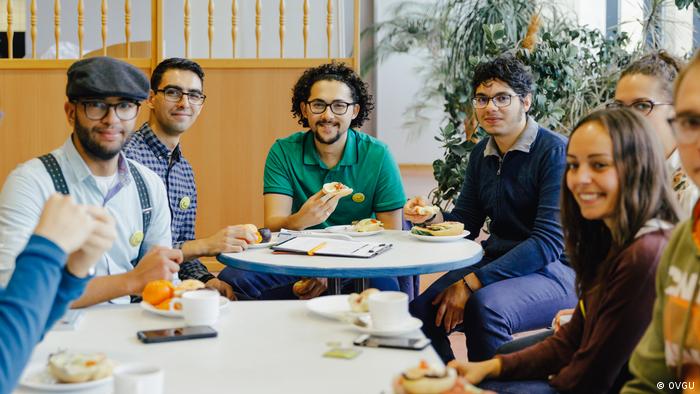 There are 2.87 million university students in Germany, and around 1 in 10 comes from abroad.

The president of the  German Academic Exchange Servie (DAAD), Margret Wintermantel, is satisfied with these figures. "The cross-border mobility of students, scientists and international cooperation projects promoted by the DAAD is a great success," she told DW.

After the USA, the United Kingdom and Australia, Germany is the most popular host country for students worldwide — making it the most popular non-English-speaking destination for foreign university students.

However, according to Wintermantel, Germany lacks a country-wide strategy to better integrate students. 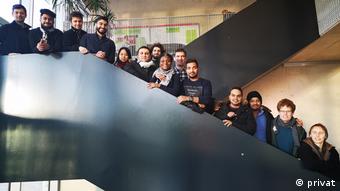 Maimouna Ouattara comes from the Ivory Coast and is pursuing doctorate from the University of Potsdam outside Berlin. She feels well integrated today, but she can still remember how difficult it was when she began studying in Germany. "I had a language course, but I felt lost during the first class," she told DW. "For example, I did not know how to take notes or make transcripts of lectures."

As the chairwoman of the Federal Association of Foreign Students, she knows the advantages of studying in Germany. "Among other things, the students come because they can enjoy a good education here, and a German degree gives them more opportunities on the international market," Ouattara says. Additionally, most universities do not charge tuition.

But Ouattara also knows the problems. With her association, she advises international students facing legal issues and fights against the introduction of tuition fees for non-European students.

Dropout rate is too high

Dealing with a foreign culture and its different language and bureaucracy is never easy. Many feel left alone.

The dropout rate for foreign students in Germany is around 41% — too high, finds Margret Wintermantel.

"We have to make sure that the success rate for foreign students improves. We cannot go on with the fact that young people come to us, but then abandon their studies and return home frustrated," she said. The students need more support and counseling and, accordingly, universities require the appropriate financial resources, she added. 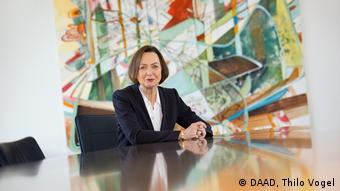 Aims to improve integration: Margret Wintermantel, president of the DAAD

To start with, there is often more demand for language classes than there are available places.

This is the case at the Otto-von-Guericke University in Magdeburg, in the north-central German state of Saxony-Anhalt. Akram Elborashi (top picture, center), who comes from Egypt, studies medicine here. He also helps other students integrate through his work with the intercultural association IKUS.

For example, Elborashi organizes excursions with international and German students. "I also take care of intercultural problems in the dorms and help by translating between the janitors and residents," he says. Unfortunately, not many of them speak German. "The free German courses are always full. There are long waiting lists."

The rector of the university, Jens Strackeljan, is well aware of the problem. He is committed to his univerisity's international composition and supports foreign students with the help of DAAD programs. One of the goals of the university is to welcome Syrian refugees. Ten of them were able to start studying there following preparatory classes.

The Magdeburg university's main expertise is in the sciences and technology. It is considered particularly cosmopolitan. Out of 14,000 students, over 3,000 of them come from 106 countries. "That does not make the integration work easy," Strackeljan told DW. The largest group consists of 950 Indian students, who have their own community in Magdeburg. 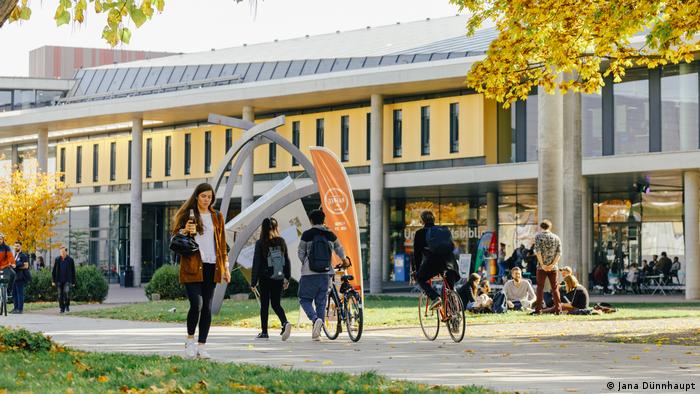 Strackeljan hopes to have them mix more with students from other countries, which is why the university is trying to attract more Indians to its bachelor programs, where students learn German from the start. The language used in the university's master's programs is English.

"If we cannot manage to offer enough language courses, our ability to connect with the labor market in Saxony-Anhalt is virtually eliminated," says Strackeljan. In the east of Germany, companies are desperately looking for specialized workers.

"Our society needs more well-educated people, as well as qualified immigrants in many areas, for example, in new technologies such as artificial intelligence and generally in engineering," the DAAD's Wintermantel said. "That's why they must be able to find their way into our job market."

But integration does not only happen through language courses. It's also about finding one's place in society, feeling comfortable there. 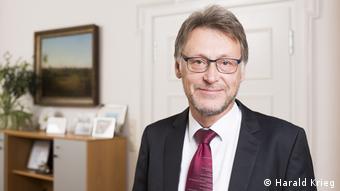 Strackeljan has had good experiences working with the city of Magdeburg. A central information and service institution for international scholars, known in German as a Welcome Center, is being set up in the middle of the city to answer newcomers' questions. "It should be an open meeting point to demonstrate [that] you are welcome here," says Strackeljan. "This will also increase the visibility of the international students."

Strackeljan wants to make Magdeburg a more diverse place. He sees this as not only the responsibility of the university, but of society as a whole. In a region where the population is aging, the university is a way to attract young people to the city and keep them there, he says.

This is not an easy task, however, given that far-right parties, such as the Alternative for Germany (AfD), are particularly popular in Saxony-Anhalt and neighboring state Thuringia.

Read more: The rise of the far-right in the East

Pressure from the far right

Xenophobic attitudes put off international and German students alike. An event at the university in 2017, which was suppose to include speakers from the Young Alternative, the AfD's youth organization, led to a uproar between the party's supporters and opponents.

Strackeljan received death threats from far-right supporters. "It was hostile," he says. His car was tampered with so that the front wheel came unscrewed. Graffiti was also sprayed on his house. It reached a point where the rector wondered if he "should stick to his positions."  Ultimately, he decided not to be intimidated and to keep his university open and cosmopolitan.

Elborashi hasn't had any xenophobic experiences so far. He likes living in Germany and wants to stay after his studies. He has his friends in Magdeburg, and he sees many advantages to working in the country. "Even if doctors' salaries are better in the US, Germany offers better insurance," he says, pointing out that there is health insurance, long-term care insurance and a pension system. The only thing he fears he'll never understand in Germany is the bureaucracy.

Still, he's convinced he will stay. "There is a lack of doctors here. Germany needs me. So why should I leave?"

Children with a migrant background can take classes in their home language in public schools across Germany. Around 98,000 kids learn one of 23 mother tongues in the country's most populous state, North Rhine-Westphalia. (30.08.2019)

In 1968, German universities introduced a numerus clausus – you needed the best grades to study popular subjects like medicine and law. If it had been any earlier, though, these renowned scientists wouldn't have made it. (27.03.2018)