′We are only at the beginning of the coronavirus crisis,′ says economic historian | Business | Economy and finance news from a German perspective | DW | 31.03.2020 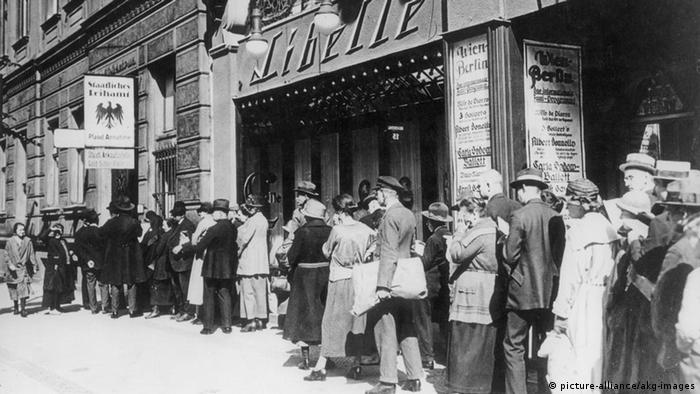 DW: You are a historian and study economic crises. In a few words, what are the key points of an economic crisis?

Where do we stand in the current economic crisis?

We are only at the beginning of the crisis. It can get as bad as the Great Depression of the early 1930s. A decline in gross domestic product of around 20% is also not entirely out of the question. The outlook is bleak and depends on how long the quarantine measures last.

The economy is almost completely frozen as almost all activities have stopped. Has this ever happened before?

No comparison really works. The closest thing is the comparison with war economies. During the world wars, restaurants and small shops were closed everywhere. The reason for this was, of course, that people wanted to free up resources for the war economy. We don't have that now, that is the big difference. Nevertheless, one can already say that some areas could shrink in a similar way. At that time, certain parts of the economy declined by up to 70%.

Read more: Who cares about stocks when people are dying?

Nevertheless, one can already say that some areas could shrink in a similar way like during the wars. At that time, certain parts of the economy declined by up to 70%.

How long can we handle such an economic standstill?

Of course, we are all thinking about when we may face supply shortages or social unrest. And you can see that politicians around the world are panicking. We see this most clearly with the American president — he is trying to save his skin by promising to start the economy again after Easter. Nobody knows how he got this idea, but it is often the case that political calculation works differently than that of an expert. 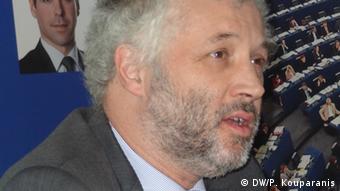 Albrecht Ritschl, a professor of economic history at the London School of Economics (archive image)

Do governments have power in such situations?

What we now see internationally is the payment of helicopter money, for example in the US. But short-time work in Germany is basically nothing else. This is also something that was used in the world wars and is basically an attempt to extinguish the fire with cash.

The big unknown lies in the containment measures and their effects. Is the cure worse than the illness? This is currently the subject of heated debate.

Countries are currently spending a lot of money. You could even say they are printing it. Does this have to end in inflation?

We don't know whether this will really happen. After the 2008 financial crisis economists predicted this. And we were all wrong, myself included. What I will say is, we don't really know. But at the risk of being fooled twice: The risk is there.

But how do crises change the economy?

The main effect is a shift in industrial and sectoral working methods. The typical example is what we are doing now: home office. I can very well imagine that a large part of this way of working stays that way. All great wars, all great crises have led to a shift in the mode of production.

Do you have an example?

World War I. The increase in women's employment, recognition of the trade unions, recognition of the eight-hour day, the enforcement of universal suffrage. The 1930s were a violent attempt to turn back this tide. Then after World War II we see the implementation of industrial mass production, an emerging consumer society, the access to better education for the masses. These are examples of changes after economic crises.

Are there any factors that will help us recover from a crisis?

The real driver of recovery from a crisis is government debt. If a country had a relatively low level of public debt before the onset of a crisis — and thus also fiscal policy options — then it is easier to get out of a crisis faster. Countries where this was not the case typically have to struggle with excessive government debt at the end of a crisis. Southern Europe after the 2008 financial crisis is the classic example and will be so once again.

So you would say that Germany is well equipped?

Germany has kept its powder dry, so to speak, through its controversial black zero policy [of keeping a balanced budget], so that it can now take huge countermeasures. In this respect, Germany is in a pretty good position. But in Germany we have the problem that the country is more internationally interlinked than most other major economies. That means we are more dependent than others on our neighbors doing well.

Albrecht Ritschl is a professor of economic history. He has been at the London School of Economics since 2007.